Letter to the editor: UofSC must do better 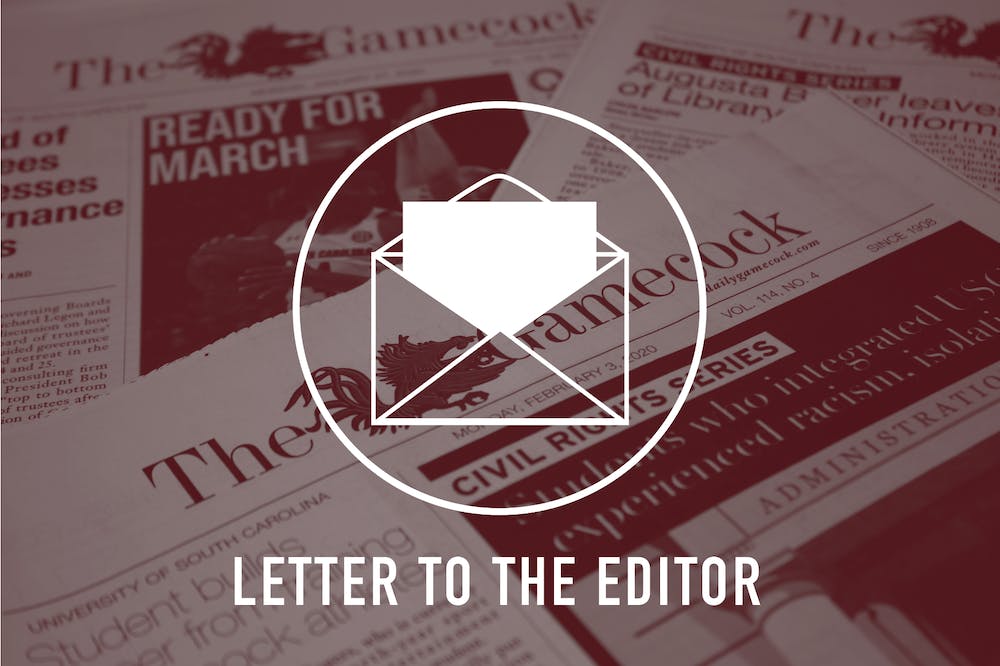 On May 31st, the University of South Carolina sent out a letter from President Caslen regarding the killing of George Floyd and the support that the University has for its Black students. As a May 2020 graduate, my connection with the University is still strong, and to say that I was disappointed with the President’s response is an understatement. The letter was as genuine as any other pre-written template for a PR class. It did not convince me that President Caslen cares. It did not convince me that President Caslen truly understands the significance of the protests we are seeing today and the extent to which UofSC has and continues to perpetuate structural racism.

For the last four years I have witnessed a few attempts by the University to acknowledge its past and promote diversity, but each can only be characterized as a “good start.” President Caslen’s announcement of a new diversity module is just the same. If the University wants to be an ally to its Black students, it needs to step up. Below are some things that I believe the University must take on. It is nowhere near exhaustive, as every aspect of the University is touched by its racist foundation, but it will allow for UofSC to finally move beyond its “good start” and make real progress.

1. Recognize the University’s Past – And Develop Remedies

UofSC was built on the oppression of Black Columbia residents. While many know that much of the University was constructed and maintained by enslaved people, the relationship between UofSC and Black residents goes further than that. Expansion of the University during urban renewal of the 60s and 70s led to the forced removal of Black residents of Ward One and Wheeler Hill. This was not an isolated event; it was a culmination of years of discriminatory housing policy and lending practices which then allowed the University to take advantage of the most vulnerable neighborhoods.

In addition to actively upholding structural racism through UofSC’s expansion, it passively upholds it through the names of buildings on campus. For years now, students have urged the University to change the name of the all-women’s dorm Sims Hall. It was named after J. Marion Sims, the “Father of Gynecology,” who experimented on enslaved Black women without the use of anesthesia. As of now, the name has not been changed because it is protected by the Heritage Act. It is unacceptable that the University has not taken a stand on this issue and is allowing the dorm to memorialize a despicable man. A building’s name is not just the word you use to refer to it, it is a reflection of the power dynamics of the institution. Sims Hall is also only one example of the countless buildings on campus that are named after racist figures.

The University of South Carolina is a powerful institution with immense political clout – if President Caslen wants to take a real step towards eliminating institutional racism, he would urge the Statehouse to repeal the Heritage Act. Not taking action means that the University is content with upholding racist and misogynistic beliefs.

The biggest disappointment in all of this is that most students, faculty and staff do not know the dark history. UofSC must take charge and establish a formal commission that will ensure that all of the University’s history will be recognized in a way that everyone can see and access. Universities everywhere are taking initiative to study their history with slavery. While students and professors have done the same, without the public endorsement of the President, projects done in classes will not receive the attention they deserve.

An easy place to start would be to update the “Our History” page on the University’s website to include slavery and urban renewal expansion. Then, the University can add a separate page dedicated to the relationship that UofSC has had with Black Columbia residents because it is a history that is worth more than a few sentences.

I am well versed on this history because I actively sought out classes on this subject. These classes have been the most significant and important of all of the classes I have taken at UofSC, and it is a shame that there is a very limited number of them. I do not know what sort of information the University is planning on including in the diversity module, but it should include information on the ways in which UofSC and universities in general perpetuate racial inequality.

In order to uphold the values of diversity and justice on campus, the University should add the requirement for graduation that every student take a class on social justice as part of their major coursework. This would be coupled with departments increasing the number of classes they have on social justice so that every student learns about the ways in which the industry they are entering is perpetuating structural racism.

5. Listen to Your Students and Be Transparent

The University is fully capable of soliciting the advice of its students for large initiatives. This past year I attended meetings once a month for the new student union development project. Now, imagine if the same number of meetings were held for the University’s handling of diversity and inclusion efforts. We would be able to move beyond the platitudes that President Caslen has given us letter after letter in an unconvincing attempt to show that he is dedicated to UofSC’s Black students.

UofSC must host regular meetings that students can attend so the administration can hear what students have to say. These meetings need to be open to all students, not a select few who sit on a panel. It could be a time for students to get direct and honest answers from President Caslen and to get updates on the progress that the University has made. I cannot overstate how difficult it is to find out what specifically the University is doing unless you are “in the know.” If you are working on an initiative, tell us. I know that conversations regarding diversity and inclusion have been occurring, but they are not really happening unless the public knows about it.

Standardized testing is full of racial bias. In 2019, only 13% of Black South Carolinian SAT takers met the college readiness benchmarks while 50% of their White counterparts did. This disparity is due to economic status (Black students disproportionately come from low income families that cannot afford test prep) and primary and secondary education (Black students disproportionately come from underfunded school systems). It is unacceptable that the University is allowing for admission to be based on a system that is inherently discriminatory.

Standardized testing has been the foundation of university admissions for decades now, but that does not mean that an admissions process without it does not exist. The University of California has suspended the standardized testing requirement through 2024 and potentially eliminate it by 2025 if they do not come up with their own unbiased form of test.

The racial bias in standardized tests has a direct impact on the enrollment of Black students. South Carolina’s population is 27.9% Black, while UofSC’s student population is 10.2% Black. In addition to admission to the University, the South Carolina Honors College is even more reliant on standardized test scores. When I applied to UofSC in 2015, the application for the Honors College would only appear if you had met a certain benchmark score on your standardized test. Students that did not meet that benchmark could request an application, but that was not clear to everyone. What is abundantly clear, however, is that the process is set up for discrimination. UofSC will not have an equitable admissions process until the testing requirement is changed.

I could go on, but I think I have made my point. The University of South Carolina has not done enough and has not given me the assurance that it will work towards doing enough for its Black students. I hope that I can one day look at the University and be proud of the progress that it has made.

President Caslen, I would like to ask one thing of you directly. Take note of the CEO, Wes Hickman, and President, Robert Dozier, of the Alumni Association and say the phrase “Black Lives Matter.”