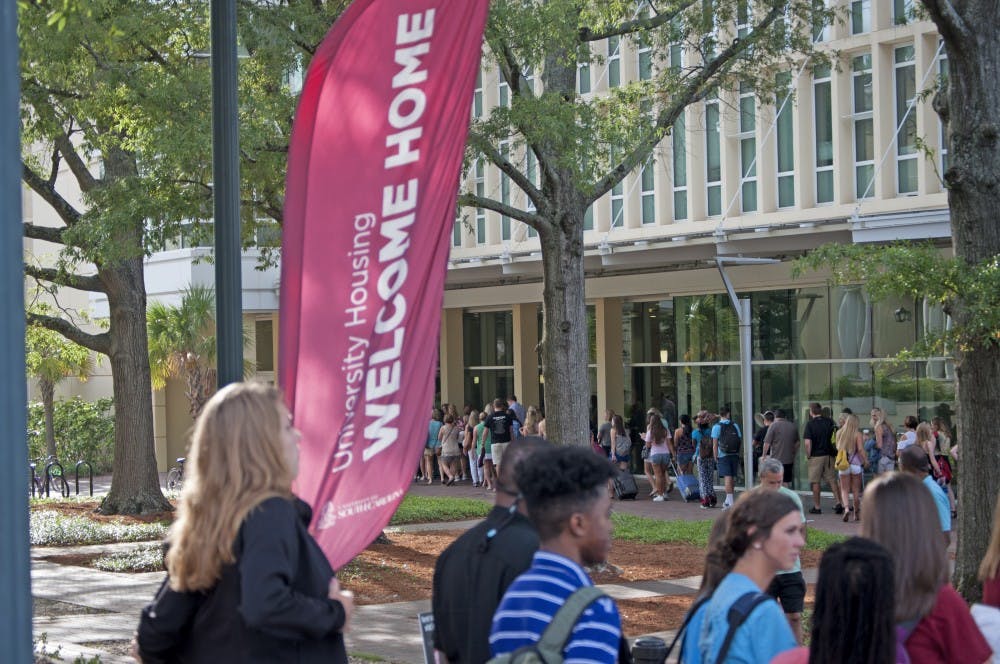 Once a campus-based event with hundreds of students at a time, the class of 2024's orientation is being held from the comfort of their own home.

This year's orientation is split into one-day sessions taking place between June 8 and July 30. Students begin their day with a small group meeting of 10 to 12 students in which they discuss CarolinaCards, the Carolinian Creed, AlcoholEDU and campus resources.

Following the meeting, students who have decided majors learn about their respective schools. Then, students are advised and register for classes after their appointments. To finish the day, students meet back with their small groups.

Director of new student orientation Bethany Naser said challenges include working remotely and communication between the university, the students and their parents. She described the timeline as the “biggest” challenge.

“Everything we have been working on this last year was just kind of like 'OK, out, let's go.' It’s not the answer anymore,” Naser said. “But everything that we’ve done since March, we have put together something that typically you would spend a year building and creating it, and we’ve done it in less than eight weeks.”

While in-person, face-to-face community building isn’t possible at the moment, a new website was developed just for orientation called Cocky’s Coop, a social network for orientation leaders and incoming freshmen to stay connected.

“We originally got into this package to solve an orientation challenge, and one of the needs that we were really struggling with was we spend so much time building community during orientation in addition to giving information, so it was just a challenge we wanted to solve,” Naser said.

Students can make a profile, add a bio about themselves, join different groups and connect with others on Cocky's Coop.

“It has evolved in the last eight weeks in a tremendous way, and so now there really are conversations about this could be something that will stay around, we’ll see how it goes this summer,” Naser said. “I think for us, if it’s something that goes well and it’s going to be beneficial for our offices and our students, then we do want to continue to support it.”

Incoming biological sciences student Meredith Rhodes was initially “hesitant” about how online orientation would work, but she said it went “very smoothly.”

“I really enjoyed the small groups, and the orientation leaders answered all of my questions before I could even ask them, so that was amazing on their parts,” Rhodes said. “As for my advisor, she answered every single one of my questions that I had, and it was just absolutely amazing to be able to get my questions answered, instead of waiting on an email, but to actually get them answered in real time.”

Incoming business student Libby Butler said that while she made connections within her small group, she described them as not being “too much.”

“As far as small group, definitely connected with those people. I followed them on Instagram and Snapchat, we talked,” Butler said. “It wasn’t anything too much, just because we’re not in person it’s so different.”

"Wi-Fi and technology sometimes isn't your friend and wants to be temperamental," Sternberg said. "Our Wi-Fi has to be working and fine, but then you have all the students in your small group, like you hope their connection is working fine so that they can hear you and see you, and if they want to talk then they will be able to."

Orientation leader Anna Dunbar said that not being able to be there in person became a mental challenge too.

Dunbar said online orientation so far is “the best it can be.”

“Under the circumstances given, this is the best possible way to deliver that same experience to the incoming students that all of us have had previously," Dunbar said. "I’m glad that our professional staff didn't just be like ‘OK, well, we’ll get them some videos to watch and that’ll be it.’ They really tried their best to make us, the orientation leaders, be used and feel like we’re making an impact and still make those connections with those students.”