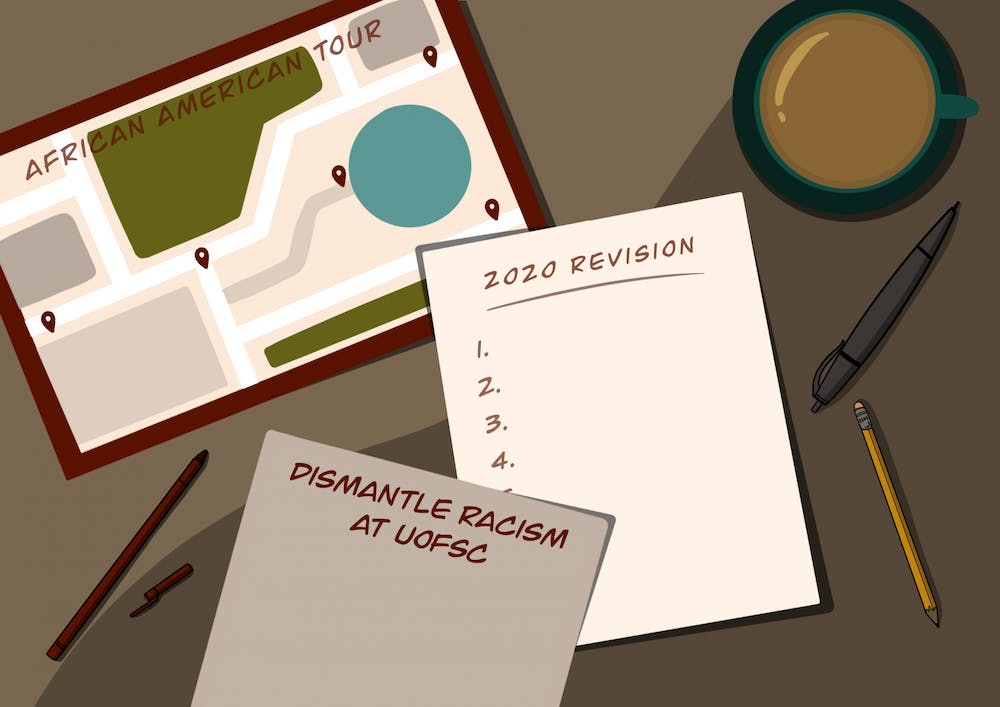 Zipporah Williams, the vice president of the African American Student Association, lived in Sims residence hall as a freshman.

The building is named after J. Marion Sims, a gynecologist who performed inhumane experiments on enslaved women and children to advance in medicine.

“It makes me feel that I am present on campus but not always completely apart of the community,” Williams said in an email interview. “These buildings bring constant reminders of a negative past and incorporate them into the present.”

Williams isn’t the only individual on campus who has had these feelings.

April Scott, associate director of mental health initiatives, said she has talked to many students who have anger and frustration toward these buildings.

“I know students were really working hard to get that building changed, particularly because it’s an added insult that it’s a women’s dorm," Scott said. "[Students] were frustrated and just angered with knowing the history of what this person did.”

For Williams, it's "important for the names of certain buildings to be changed on campus to uphold the diversity and inclusion that the University attempts to achieve.”

Scott herself said seeing names like Sims' on campus disappoints her.

“We name things after people or institutions or ideologies that we want to be reminded of, that we revere. So it’s an act of honor when you name a building after someone," Scott said. "So there’s a connection between the naming of the building and the honoring and respecting of a person.”

The Presidential Commission was endorsed by President Emeritus Harris Pastides towards the end of his presidency to rename buildings such as Sims on campus. Knowing the work would never be finished under his tenure, Pastides passed the torch to President Bob Caslen.

In a meeting on June 19, the board of trustees voted unanimously on a resolution to ask the General Assembly to rename the Sims residence hall.

The vote came after students and alumni started petitions to rename Sims and the Strom Thurmond Wellness and Fitness Center while calling for the repeal of the Heritage Act.

The Heritage Act, passed in 2000, forbids public memorials for war, historical figures or events from being removed. Removal of anything protected under the Heritage Act requires a two-thirds vote of the South Carolina legislature.

Student Body President Issy Rushton presented six demands at the June 19 board meeting, calling on the university to address diversity and inclusion on campus. The letter, called 2020 Revision, is backed by 25 student leaders on campus.

Calsen said he plans to form a student committee with Vice President of Diversity, Equity and Inclusion Julian Williams to make sure the 2020 Revision demands are met.

Over the past few weeks, I've been blessed to work alongside some amazing student leaders to review the demands of former students and put forth some of our own. On this very important holiday that symbolizes true freedom and hope, we will not be silent. Happy Juneteenth! pic.twitter.com/ENQoO0z5R8

“We wanted this document and the strong six points to touch all aspects of campus, whether that’s student affairs, academics and even just how students feel walking into the buildings on campus, the place that we call home,” White said.

White is no stranger to bringing up issues of diversity on campus. During her freshman year, she served on the inclusion and equity committee in Freshman Council.

“Through all of my roles, I have constantly made sure to have diversity, inclusion and equity at the forefront of everything that I do,” White said.

They call on the administration to “1) acknowledge the rightful owners of UofSC’s land; 2) reallocate funds from policing; 3) decolonize the classroom and incorporate training on racism; 4) end the contract with Aramark; and 5) stop honoring racists with buildings and celebratory plaques.”

As of June 21, the petition has 635 signatures. The students are also trying to get in touch with supporters from Clemson and the College of Charleston.

“It's overall been a really good response. The Students for Justice for Palestine has supported and endorsed us, along with the Democratic Socialist Association at USC have also given us support, and I know a few members of the College Democrats have also signed the petition already,” Workman said.

Workman said they took inspiration from abolitionists, such as Angela Davis, and from their peers at the university level, such as UT Austin.

“I think that USC has the capacity to change. We’re in this big moment right now, and we have a new president,” Workman said. "We can definitely make changes, and we should, because we want to be on the right side of history."