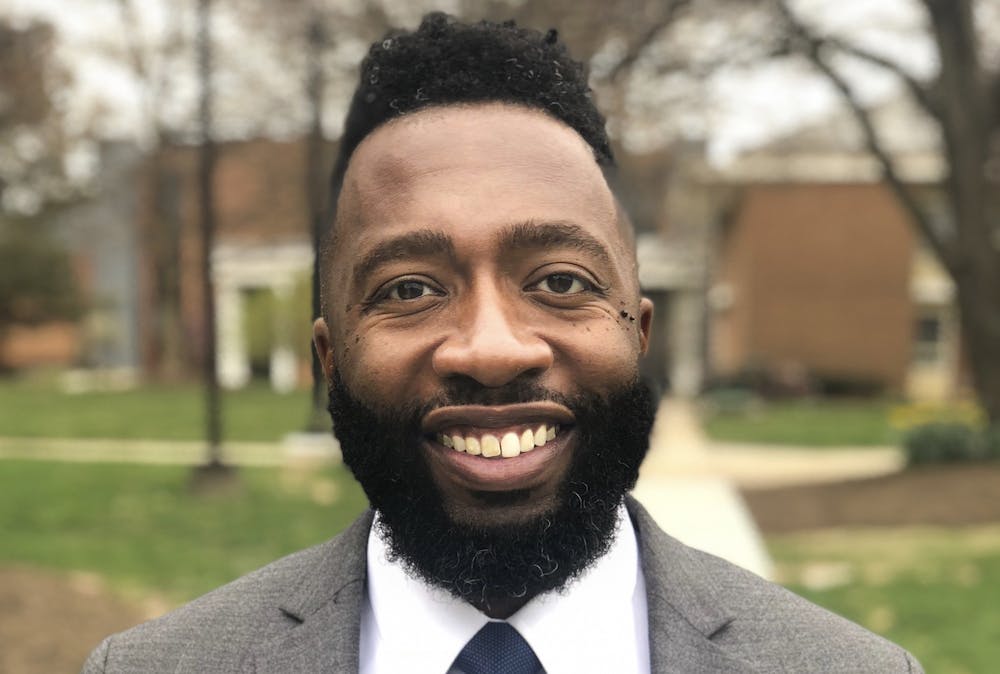 Julian Williams was "one of the few Black students" in most of his classes as an undergraduate at the University of Michigan. At the time, Michigan was in a legal challenge with the Supreme Court because of opposition to the recruitment of Black students and other students of color, a case that led Williams to become a student activist.

"There were some on campus that felt like students like myself had stolen or taken a spot that was somehow somebody else deserved or we didn't live up to the academic standards of other students. And that really shaped me as an undergraduate," Williams said.

His passion for advocacy lies at the heart of his career: On June 15, Williams became USC's first vice president for diversity, equity and inclusion.

He said the transition has been good and "folks have been extremely welcoming."

"I think we're on a good path," Williams said. "I think at this time, students are asking more from us as a university. They want us to really come to close the gap between our vision and our words, and our mottos around inclusion and diversity."

Williams said he is excited to be doing this type of work during the "biggest civil rights movement of our time."

"It just adds a sense of urgency to the work, but also for me synthesis and optimism because there's so much momentum around looking at issues of racism and inequities and all of those things," Williams said.

Jemia Williams, Williams' wife, believes he is a great person for the job because of his relatability and unique talent to connect with students.

She also said his background working as vice president of compliance, diversity and ethics at George Mason University would help him at his new position at USC.

"When we were at Mason, he was able to get their science and technology building named after Katherine Johnson," Jemia Williams said.

Katherine Johnson was an African American mathematician at NASA whose calculations were critical to U.S.-crewed spaceflights' success.

"That really made the connection to the students, students of color, Black students, women," Jemia Williams said.

Julian Williams said at George Mason, his office worked to diversify the faculty ranks to better reflect what the students were asking of him and his colleagues, specifically their students of color.

"Now looking to hopefully do the same at the University of South Carolina, which has some different sort of issues that are facing the university, I think, but the opportunity to join a flagship university at this time was just one that I'm still really excited about," Williams said.

Wendi Manuel-Scott, a professor at George Mason University, worked closely with Williams during his time at GMU. She describes him as the type of person who "wants to make sure every student, faculty member or staff member can show up fully and be respected for their full selves."

"I think that Mr. Julian Williams's open spirit and his willingness to dialogue, willingness to engage in difficult conversations is exactly the type of executive administrator that will be welcomed right at [USC]," Manuel-Scott said.

In addition to the 2020 Revision student committee, Williams already has plans for his new position at USC.

Williams said he's been working to set up meetings with students and faculty members. Initially, he had an "onboarding plan" to go out and meet people, but because of COVID-19, he wasn't able to do that.

He plans to focus on building inclusive classrooms and teaching methods and supporting diversity leaders in academic units. He also wants to continue Dive-In Lunches to promote conversation with Caslen about diversity on campus.

"I do envision this event continuing, albeit virtually, in conjunction with other engagement opportunities as ODEI adds staff and resources to support the critical work of diversity, equity and inclusion on campus," Williams said.

"We must actively work against these issues through empathy and listening," Williams said. "We can't be afraid to question our long-held beliefs and must continue to challenge ourselves, our friends, and our community to leave their comfort zones and engage with others around issues of equity and social justice."