Speaker JD Jacobus stands by what he believes in 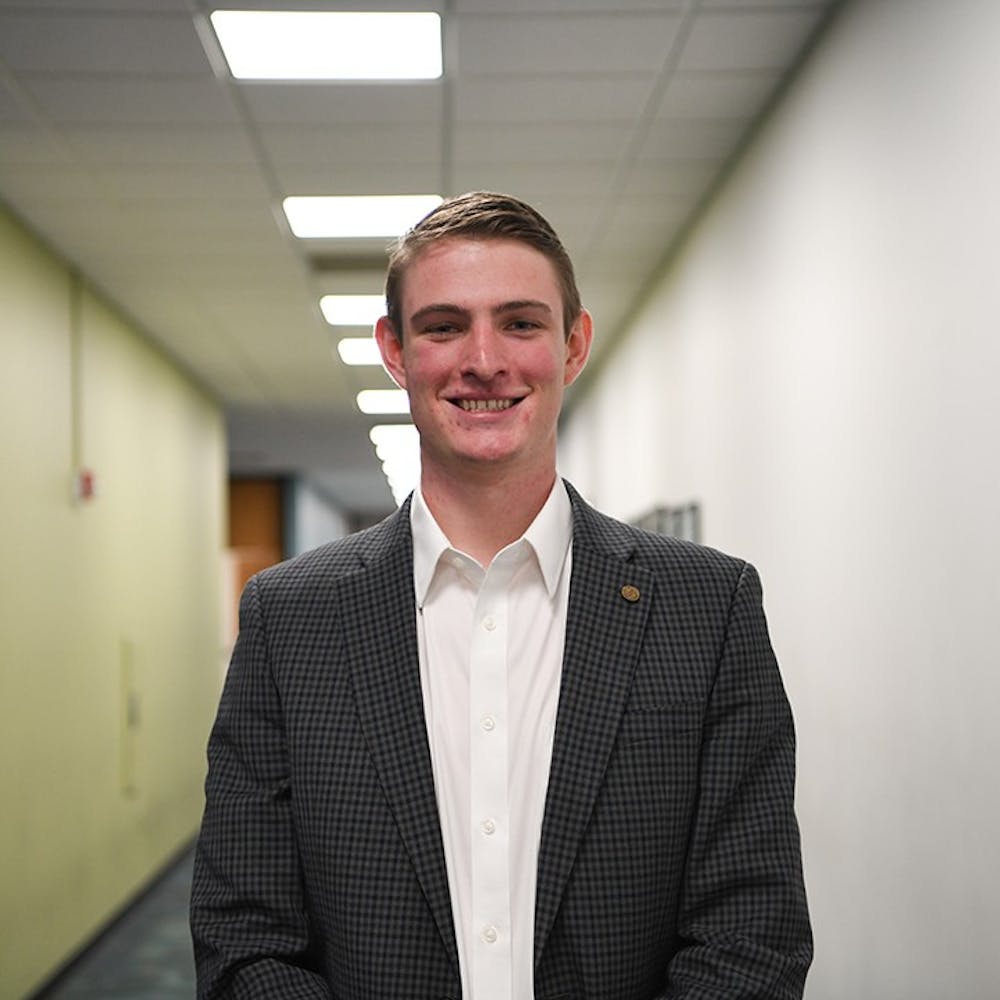 JD Jacobus will argue with you about nearly anything: history, comic books, John Deere tractors and even Student Government, where he serves as speaker of the student senate.

His hardheaded attitude, he says, has been with him since growing up in Lake Wylie, South Carolina, near Rock Hill.

“I always knew what I want, I think, from a young age, and then just tried to get it in anything I did in life,” Jacobus said.

After an educational career involving antics such as arguing with a teacher about who really discovered America (the viking Leif Erikson, Jacobus said), it wasn’t hard for him to imagine being at USC.

Now a fourth-year political science and history student, Jacobus has spent a large part of his time at USC serving in Student Government, starting as a senator in Fall 2018.

In fact, it was there that Jacobus met one of his best friends and speaker pro tempore, third-year political science student Sawyer McDuffie.

McDuffie said that while they initially met through circumstance, they bonded after becoming part of a group of like-minded members of Student Government, including Patrick Ellis and Davis Latham, who have both served as speaker of the student senate.

“We were all just in the same room we were interested in local politics, which was statewide politics, of course, in Columbia, so you know we just had a lot of intersections where we crossed over there, so it was just kind of natural to meet and become friends,” McDuffie said.

After working as Jacobus’ campaign manager and speaker pro tempore, a role he still serves in, McDuffie said one of Jacobus’ core qualities is his honesty.

“He is always very forthcoming and doesn't pretend to agree or not agree for the sake of not agreeing. His openness and his honesty is really apparent all the time even if something isn't a popular opinion,” McDuffie said. “He will tell you what he thinks.”

Jacobus said this transparency is one of the principles he holds most dear.

“You should have certain values and you should always uphold those values, even if they're unpopular or a majority of people don't agree with them,” Jacobus said. "Even if it makes you lose friends, if it makes people not like you, it's important to stand by what you believe in, always.”

Before announcing his candidacy for Speaker, Jacobus deleted his Twitter account and launched a new one. When asked about this, Jacobus replied that he deleted the account in order to spend less time on Twitter. His new account, he said, focuses mostly on those he knows personally, as well as mixed martial arts accounts.

And, for better or for worse, Jacobus does stand by his opinions.

In February, during a meeting of Omicron Delta Kappa (ODK), a leadership honors society, Jacobus made remarks perceived as racially offensive during the selection of new members.

This process only involves the applicants’ experiences, not names or photographs. When an applicant listed SAVVY, a multicultural women’s group, as part of her experience, Jacobus asked what the organization was. Upon being given an answer, he responded, “If we had the picture we would have known this.”

Jacobus later resigned from the organization “of his own free will,” said then-president Colin Hungerpiller.

In a focus group held with Black students after the meeting, May 2020 graduate Briana Lewis, then a member of ODK, said comments like Jacobus’ are why she “hang[s] around mostly Black people.”

“Nobody wants to willingly deal with microaggressions,” Lewis said.

The Black focus group was created in response to Jacobus' comments.

Jacobus declined to comment on the incident at the time. When asked about it on July 6, Jacobus said ODK handled the incident “unprofessionally.”