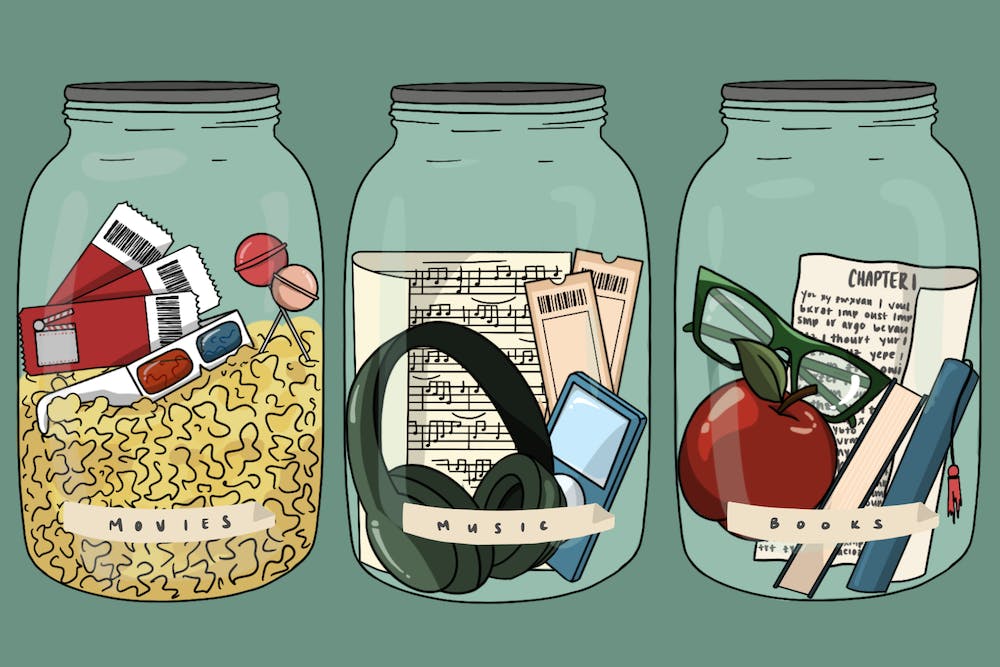 Summer is the best time to discover new forms of entertainment, given all the free time. For those moments when you get bored of having nothing to do, these are some highly anticipated movies, books and albums to keep you entertained all summer long.

This biographical drama tells the story of famous scientist Marie Curie. Starring Rosamund Pike as Curie, the film recounts the details of the scientist’s personal and professional life, as well as her husband’s. “Radioactive” celebrates one of the most influential women in science and is conveniently free to anyone with an Amazon Prime account.

Due to the continued spread of COVID-19, “Tenet,” which was originally expected in theaters on July 17, has been postponed twice now, landing on a release date of August 12. However, judging by the fact that the director was behind “Inception” and “The Dark Knight” trilogy, it’s safe to assume that the movie will be worth the wait. If the trailers are any indication, “Tenet” will be an intense, unpredictable movie.

A follow-up to “A Quiet Place,” this movie has some big shoes to fill. The first received a 95% rating on Rotten Tomatoes for its unique storyline and tense scenes. Like its prequel, “A Quiet Place II” is also directed by John Krasinski and stars Emily Blunt as the lead role. This sequel picks up where the first film left off and follows the same characters as they escape their home and make their way into the real world to face impending danger.

As three women begin to examine their own mother-daughter relationships, each realizes they have stifled their dreams to please each other. As opportunities begin to fall in their laps, they try to redefine their relationships and pursue their unique passions. “Well-Behaved Indian Women” is the first novel from Saumya Dave, a psychiatrist and supporter of women’s mental health.

If its beautiful cover art isn’t enough to convince you to read “Must I Go,” the intimate storyline about an old lover might. When Lilia Liska, a three-time widower and family matriarch, discovers the diary of a man from her past, she finds herself writing her own excerpts and revealing her side of the story.

The unexpected sequel to the popular “Twilight” series, “Midnight Sun” has been met with anticipation from fans of the vampire romance. In this novel, readers will finally hear Edward’s side of the story and get a glimpse into his past and present as he grapples with the decision to be with the love of his live or save her from the inevitable danger that will come with their relationship.

Last year, Alessia Cara released a six-song EP called “This Summer," including “Root for You.” While she isn’t coming out with a collection of new songs, she is remaking the songs from the EP into live versions for an album titled “This Summer: Live Off the Floor.” To make this even better, the album will be completely philanthropic — Alessia announced on her Instagram that she is "donating all my proceeds for the next 21 years directly to @savethechildren & @savethechildrencanada."

Formerly known as The Dixie Chicks, the country girl group has changed its name to The Chicks in order to discard their previous name’s association with the Confederacy and to stand in solidarity with the Black Lives Matter movement. Besides its name, the band is still the same and is maintaining its girl-power persona in its upcoming album, “Gaslighter,” which, as the title track suggests, is a name for someone who manipulates people. The Chicks have always been an influential group of artists and have demonstrated a firm presence in social justice not only with its name change but also with its newest song, “March March,” about the recent protests.

3.) "Chemtrails Over the Country Club"

Popular alternative artist Lana Del Rey announced on her Instagram that she will be releasing a new album this year titled “Chemtrails Over the Country Club.” This has been a creative time for the singer as she has also recently posted a spoken word video using a poem from her upcoming poetry collection, “behind the iron gates – insights from an institution,” which is set to publish in 2021. Although not much has been revealed about her new album, it is clear Del Rey has a way with words, and that artistic ability is sure to present itself in song.