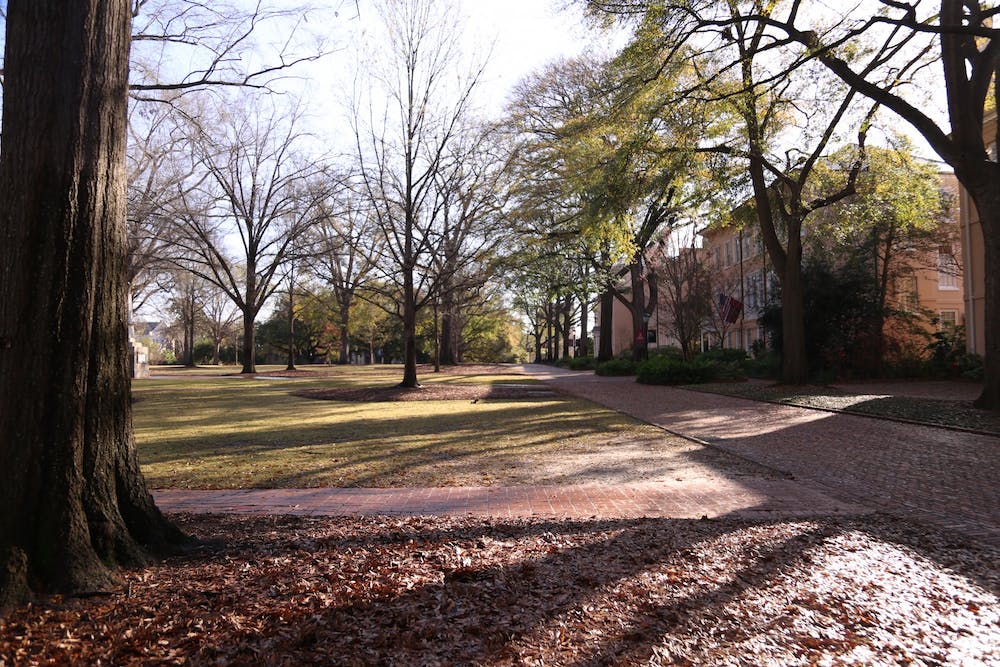 At a town hall on Monday, President Bob Caslen announced changes to previously released guidelines surrounding face coverings and return-to-campus testing. Face coverings are now to be worn inside every campus building — not just Russell House, libraries and classrooms — and testing will no longer be required of all students.

“We are unable to require everybody 100% to take a test because of First Amendment rights and all that sort of thing, so we are asking everybody to be a responsible partner, and we're asking them to take the test,” Caslen said.

This statement comes as a reversal to Caslen’s previous announcement in a June 24 email to students in which he said “testing is required for all students.”

This also comes as a departure from the Department of Health and Environmental Control's (DHEC) suggestion to only test those with symptoms. Caslen said the DHEC approach would not solve the problem of asymptomatic carriers.

An estimated 1.5% to 5% of students test positive as asymptomatic carriers upon returning to campus, according to Caslen. This translates to 450 COVID-19-positive students who could unknowingly spread the virus upon their return in the fall. Testing upon arrival could prevent this spread and allow USC to provide students with "necessary care."

The university will also be rolling out its new saliva screening tests on July 9, which can have results between three and 24 hours. Caslen said the university believes these tests are a "game changer" and just as accurate as the nasal swabs, if not more.

The university does not currently have the capacity to administer 40,000 saliva tests in a 10-day period when students return in the fall, but Caslen said he is looking to see if the pharmacy school "has the ability to scale up" to meet this need. Students who take the July 9 saliva test would be helping the pharmacy school "build it up to capacity."

Caslen also said he met with Columbia Mayor Steve Benjamin on Monday and pushed for a 10 p.m. curfew in Five Points and an ordinance to promote social distancing in bars and restaurants. According to Caslen, Benjamin is considering the curfew.

"As we study where students may have contracted the virus, it's as we expected. It's pretty much off-campus social environments, whether it's at Five Points, or in student resident common areas, or even in weekly off-campus apartment parties," Caslen said. "We recognize this is going to be our biggest challenge."

When asked about the upcoming football season, Caslen said he met with SEC presidents, who "all want to be able to play our conference games."

Caslen suspects all 80,000 seats in Williams-Brice Stadium will not be allowed to be filled this fall, but no official announcement has been made. As more decisions regarding capacity are made, the status of season ticket holders' and Gamecock Club members' tickets will be determined.

Though he does not plan on having to switch to online-only classes in the fall, Caslen said USC will make the transition if they find themselves at a level of "unacceptable risk."

"Nobody wants to do that, but we want to have the ability to do that," Caslen said.

Unacceptable risk, as defined by Caslen, includes exceeding the capacity of university healthcare's ability to manage COVID-19 patients, spreading the virus off-campus and into the local community and the virus becoming "severe within the campus population."

Caslen addressed the new Immigration and Customs Enforcement guidelines released on Monday, which say international students cannot take an "entirely online course load" or else they will have to leave the country. He said the university is "trying to understand" the ordinance and "what was required."

"It's not something that any university or college president is excited to hear. It took us all by surprise. What I did already was I contacted our liaison up in Washington, D.C. to ask him to go talk to all of our congressional delegation up there, both on the Senate and the House side, and try to understand what is behind this directive and what leeway do we as administrative supervisors have in interpreting that," Caslen said. "We're still trying to sort it out, but the good news is that our intent is to stay face-to-face, so if that is the condition that allows our international students to come here and remain here, that's what we intend to do the entire fall semester."