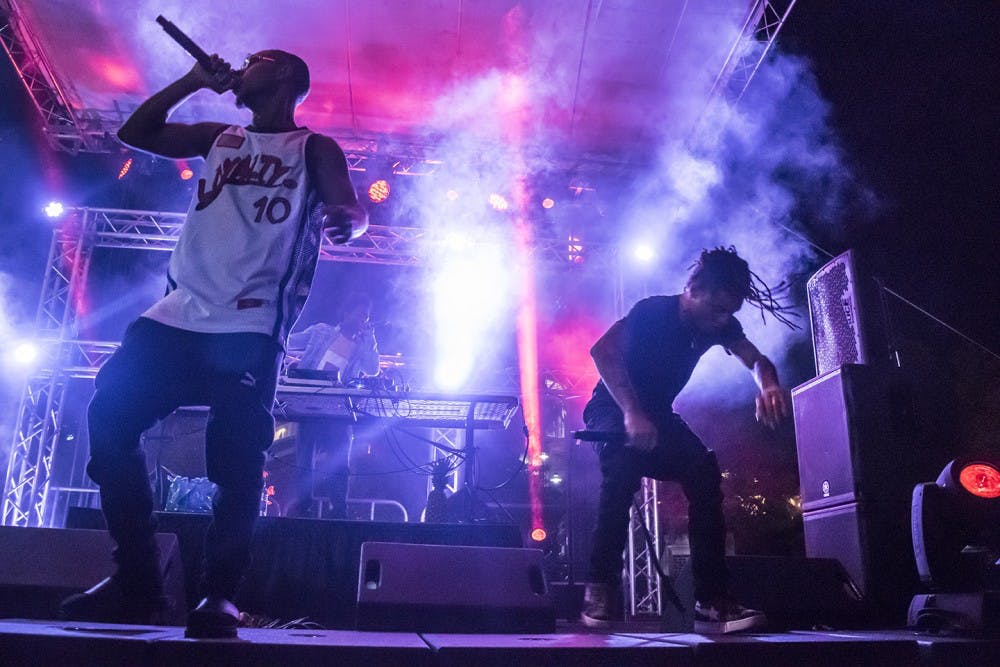 With over 8,200 students in attendance, some waited almost two hours for the gates to open. Expecting only 5,000 students, the turnout of the newest homecoming event surpassed the student organizations’ hopes. Some students were even turned away, as the event’s security was only staffed for 7,000.

The main feature, Rae Sremmurd, also didn’t come onstage until just before 9 p.m., almost three hours after the gates opened to students. The duo was received with loud cheers and an energetic crowd, singing many of their popular songs from their newest album, including “No Flex Zone," “No Type," “My X" and “Black Beatles." They entertained the crowd with lights, high-energy songs, a few pineapples and ending their performance with fireworks.

Parks delivered on his campaign promise, working with Carolina Productions and the UofSC Homecoming committee to make the event happen. The group signed Rae Sremmurd in the beginning of the summer before the new album dropped, which worked out better than Parks expected.

Although Student Government Treasurer Stinson Rogers would not comment on the price tag of the event, it is estimated upwards of $90,000 went into the making of Cockstock.

Rogers did, however, share the hope that everyone wants Cockstock to continue to happen in the future.

With about a quarter of the entire student body at the concert, the expectations for Cockstock were exceeded, as students of all ages and majors came to the event.

“To me, in life, I think there’s two things that always bring human beings together — food and music," Parks said. "So that was a big point of everything that’s going on tonight. I see the fact that USC is such a huge, diverse student body, that, other than football games, there’s not really one event that brings everybody together to one place to do one thing at the same time."

Read the full version of this article.