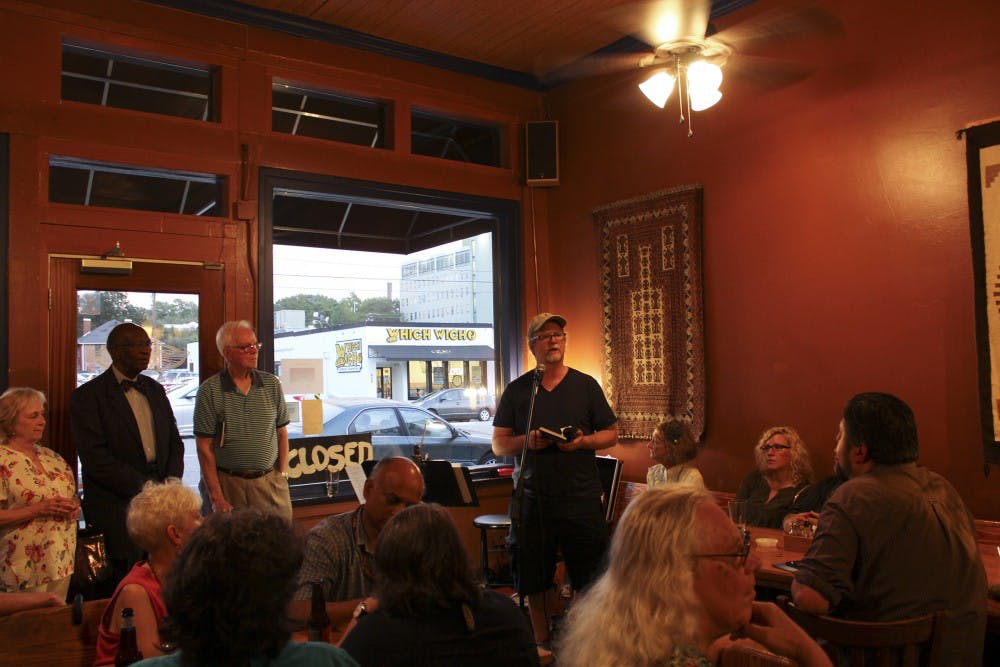 After spending more than a year writing and publishing, local poet and University of South Carolina graduate Tim Conroy had a release party and reading for his first book, "Theologies of Terrain," in downtown Columbia. Family, friends and community members gathered at Immaculate Consumption on Tuesday to celebrate not only the launch of Conroy’s book but also the new series of books, "The Laureate Series."

During his years of working in special education, Conroy didn’t get to write as often as he had hoped. It was the death of his brother last year that inspired him to put the pen back to the paper.

Pat Conroy, perhaps best known for novels like "The Prince of Tides" and "The Lords of Discipline," originally began his career by writing poetry. While Pat learned that his writing style was more fit for prose, Tim continued to be fascinated with verse.

“After he passed away, I got my conviction for writing back,” Tim Conroy said. “I had a realization that this life isn’t forever. If I really wanted to write poetry, I needed to do it right now.”

Muddy Ford Press Publishing Company, based out of South Carolina, developed the Laureate Series to help local poets get their books on shelves. Poets laureate are asked to work with an unpublished local poet and assist them through the writing, editing and publishing process. Muddy Ford Press publishes the book of poetry and supplies the author with a certain number of copies, as well as aid in setting up promotional events for the author.

Conroy was paired with Columbia poet laureate Ed Madden, who is the editor of "Theologies of Terrain."

Madden was appointed as Columbia’s poet laureate in 2015 and will fill this position for four years. A graduate of the University of Texas in Austin, Madden has published four books of poetry. He is currently director of the Women’s and Gender Studies program and works as an English professor at the University of South Carolina.

“Working with Ed was a once in a lifetime experience," Conroy said. "He never told me what I should write or how I should write, but simply guided me through the process of creating and publishing this book."

As a newly published author, Conroy's advice for young writers was for them to keep writing, even if pursuing it as a profession may seem unrealistic. Conroy himself falls into this category, having spent the majority of his life in other professions and now finding fulfillment in producing poetry.

"Overall, the experience of immersion is what has made this journey special to me," Conroy said. "They never made me feel like it was too late to chase my dreams, but rather a new beginning."