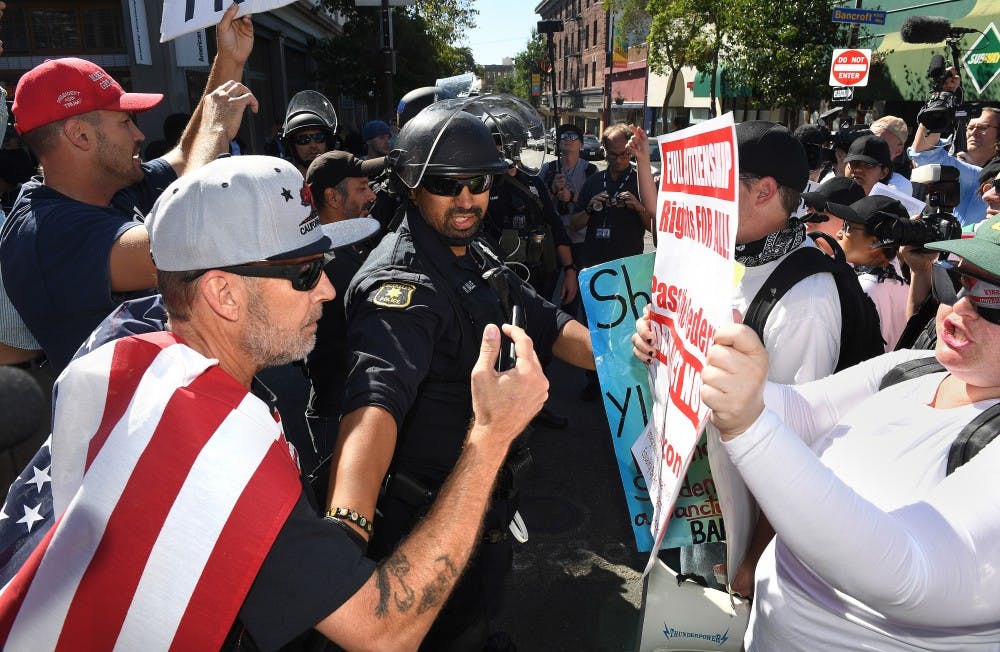 If you’ve followed the news at all the past 18 months, you’ve probably seen coverage of the chaos at University of California Berkeley. Once a bastion of free speech, UC Berkeley has become a house divided over the issue of censorship. The school has been at the center of controversy numerous times for challenging — often times in the form of violent protests  —  notable political commentators like Ben Shapiro and far-right provocateur Milo Yiannopoulos. This has caused the school to become a lightning rod for right-wing criticism.

To many conservative commentators, Berkeley has become synonymous with the left’s growing “political correctness,” an indicator that Democrats want to suppress speech that they deem offensive. The problem with this analysis, however, is not just that it lazily extrapolates from one example to make a sweeping claim about an entire party, but that it implies that this is a partisan issue at all. While conservatives may enjoy lambasting easy targets like Berkeley, they are prone to completely ignore the political correctness growing in their own backyard.

Political correctness is a buzzword right now that evokes strong feelings in those who hear it. For some, it probably brings to mind the polarizing debates over safe spaces and trigger warnings. For others, it might conjure a more potent image of fascism: citizens marching in lockstep, 2+2=5, etc. In reality, political correctness is a lot more subtle and is generally reflected in a series of small acts instead of a large and obvious one. Though we may be tired of talking about him, President Trump is actually a good example of this pattern of subtle political correctness evident in the Republican party.

It is no secret that President Trump has a less than favorable view of political correctness; he’s gone as far as to call it the “big problem” with America. It then should also come as no surprise that Trump hopped on the bandwagon with conservative critics to skewer UC Berkley, tweeting “If U.C. Berkeley does not allow free speech and practices violence on innocent people with a different point of view - NO FEDERAL FUNDS?”

But Trump is no staunch defender of free speech. He recently commented on the growing number of NFL players kneeling during the national anthem, referring to any player who chose to kneel as a “son of a bitch” who should be fired; he went on to say that players should not be “allowed” to disrespect the American flag. This a sentiment that President Trump even spitballed a policy solution for. On Nov. 29, 2016, President-elect Trump tweeted “Nobody should be allowed to burn the American flag - if they do, there must be consequences - perhaps loss of citizenship or year in jail!”

This is the sort of institutional political correctness that President Trump and other conservatives have railed so hard against, but it seems that their judgment on this issue is limited to opposing parties. The man who called out those who criticized his free, no-filter expression during his campaign is the same man who calls NFL players sons of bitches for kneeling and calls Democrats treasonous for choosing not to applaud at his State of The Union; it’s glaring hypocrisy that needs to be called out.

People should criticize schools when they do ridiculous things, but it is important to take a moment and remove the blinders. Free speech is not inherent in one party or another. It is something that has to be fought for continually, even when it means calling out someone you agree with. And it’s important to uproot the attitude of censorship not just in our opponents or even in our own party, but within ourselves also. So if you find yourself believing that political correctness is something quarantined to the left but simultaneously believing that it is your duty to demand that Colin Kaepernick stand for the national anthem, you might need to do some personal reflection on what you really believe about free speech.