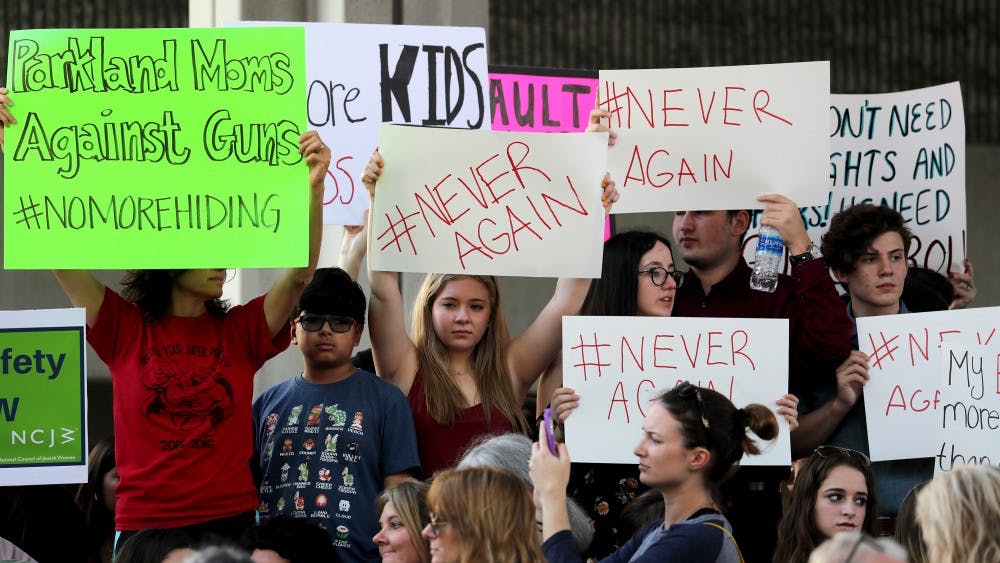 On Valentine's Day, Parkland, Florida, was hit with one of the deadliest shootings in U.S. history; 17 students and teachers at Marjory Stoneman Douglas High School lost their lives. Unsurprisingly, this tragedy quickly stoked the flames of the never-ending debate about gun control. Thousands took to social media to make their voices heard.

But while it’s great to have a public dialogue about such an important issue, using social media as the medium of discussion has left participants vulnerable to manipulation. Opportunistic social media groups made online discussions fruitless and even dangerous by appealing to confirmation bias and baiting people with conspiracy theories.

Most of the initial response to the Parkland shooting was benign, but like everything on social media, it quickly devolved. After all of the “thoughts and prayers” were offered, the gun control debaters returned to their traditional meme war.

You’ve seen it play out before: A liberal gun control advocate throws out an old argument like “the Second Amendment was only meant to apply to muskets’’ and is hit with tired conservative rhetoric like “guns don’t kill people, people kill people” or “if guns are outlawed, only outlaws will have guns” often overlaid on images of fictional characters such as Stewie Griffin and the Three Stooges — this bickering continues ad nauseam.

Facebook page admins realized long ago that they could score huge amounts of likes and shares by capitalizing on major shootings and arming — pun intended — both sides of this war with politically polarizing memes. While ethically disgusting, this on its own is not the major problem with the online gun control debate. The problem arises when these seemingly harmless pages begin to raise the stakes and start peddling misleading conspiracy theories.

In response to Parkland, many pages began pandering to Second Amendment advocates on the right with a theory about “crisis actors.” The premise of the theory is that all of the Parkland students who made TV appearances to talk about gun control are actors paid to promote a "leftist" agenda. The primary evidence of this theory lies in low-resolution comparisons of teens interviewed in response to separate shootings; vague similarities between these teens supposedly imply that they are characters portrayed by  recurring character actors. It takes fewer than five minutes to fact-check and disprove each example of this theory. The theory has collected thousands of likes and shares and briefly had a No. 1 trending video on Youtube before being removed.

You may be asking yourself, why does this matter? Why is this online theory important? Simple: It endangers students.

These posts have the potential to put lives at risk. Consider how similarly libelous online posts in the wake of the Sandy Hook Elementary school shooting caused survivors and their families to receive death threats. More recently, the Pizzagate conspiracy incited a gunman from North Carolina to invade a Washington pizzeria with three guns. Social media users have been no less cruel to Parkland survivors. They have had to deal with non-stop harassment and threats of violence just for speaking their opinions. Consider this tweet at 17-year-old David Hogg after he advocated gun control reform: “I look forward to executing foreign and domestic terrorists like @davidhogg111. Turns us #dogsofwar loose POTUS.” It’s bitterly ironic that a debate about gun control and protecting schools has turned into a way to target students.

Having a heated disagreement about gun control online is fine. It’s a controversial issue that deserves to be discussed with vigor. However, if the strategy relies on baselessly accusing opponents of being paid frauds and sending threats to teenagers, people are doing it wrong. If people's points of view rely on shock-value more than quality arguments, it is probably time to stop paying attention to Facebook posts and get offline.