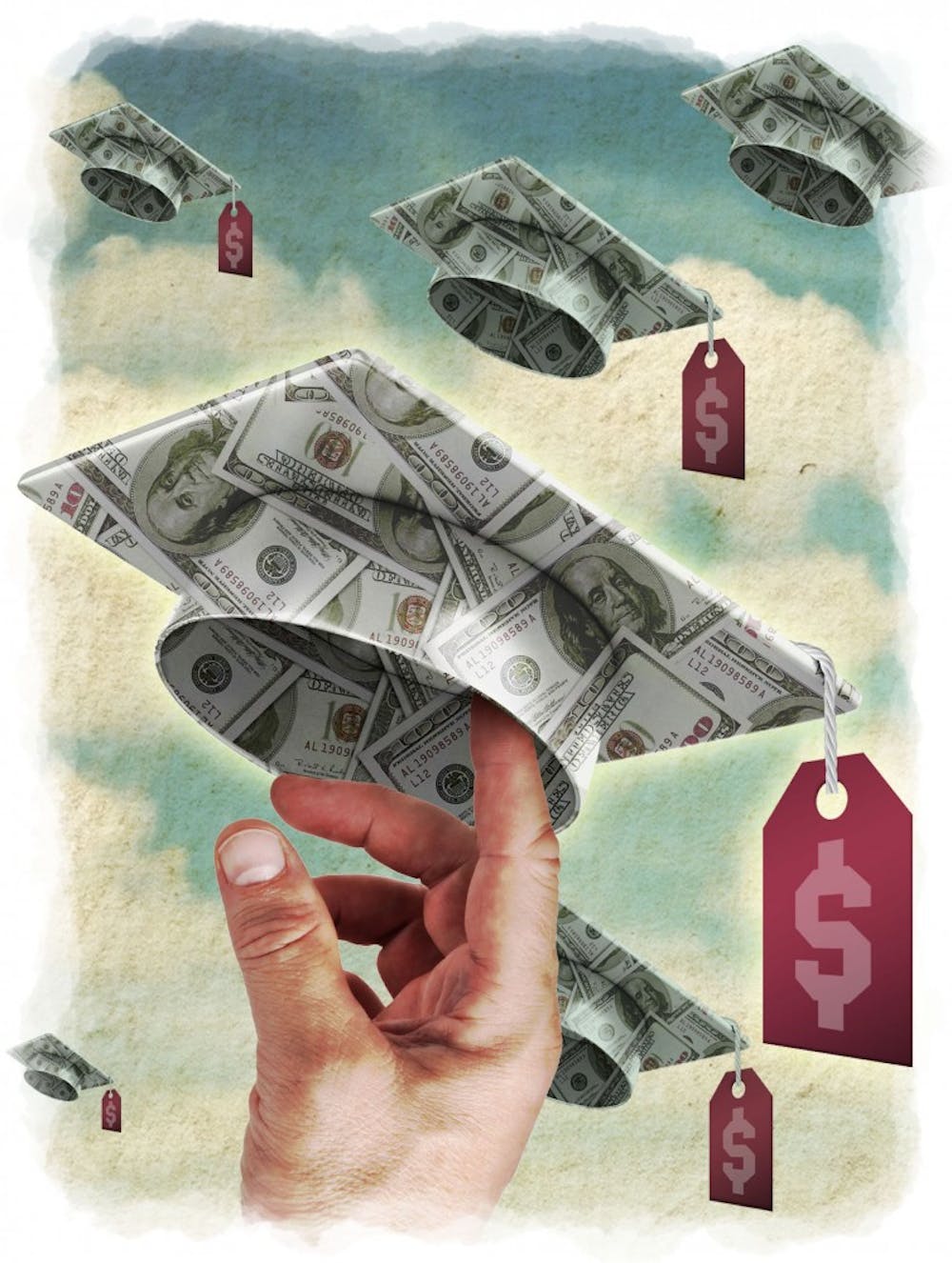 American students are plagued with nearly insurmountable student loan debt. The most recent estimate placed the amount at roughly $1.48 trillion dollars. To put that in perspective, Australia’s GDP is only $1.2 trillion dollars. But what makes these loans dangerous is not just their size, but their permanence.

Unlike most forms of debt, in many cases, student loan debt doesn’t go away when a student files for bankruptcy or even when he or she dies. So essentially, 17- to 18-year-old students are making deals that can affect them for the rest of their lives (and even beyond). And while debt collectors aren’t bashing students' kneecaps in, they will probably take a swing at their credit scores and restrict their ability to lease a car or secure a mortgage on a home. Obviously, this system is deeply flawed and needs some repairs.

But none of this is earth-shattering. You’ve probably heard all of this information a million times before. So why do I bring it up? It’s not because I have any fantasies about a complete system overhaul, a mass cancellation of debts, or Bernie Sanders-esque free college education. I’m of the school of thought that, like most major problems, the student loan issue can’t be solved by massive policy decisions. Instead, I believe it requires a series of smaller, practical solutions. Though there are many options, I believe the most feasible first step would be for the university to require incoming freshmen to take a one-credit hour course on student finances.

Many incoming students are filling out financial aid paperwork like FAFSA and paying taxes for the first time in their lives. For someone without experience, it’s easy to make numerous tiny errors that could set them back by thousands of dollars. Even if they do everything right, things can still go wrong. Students loans, at least in theory, aren’t meant to be predatory like payday loans — it’s not the goal of the university to put students in debt. So the university should be willing to do everything it can to help students make positive financial decisions. Allowing students to go fill out FAFSA and pay taxes in a controlled classroom setting with trained professionals would help them to avoid financially dangerous situations.

Not only would a mandatory finance class prevent students from financial danger, it would also help them to get access to more student aid and potentially avoid loans altogether. It was reported in 2017 that $2.3 billion in FAFSA money went unclaimed because students simply didn’t fill out the necessary paperwork. Helping students help themselves isn’t just good for students, it’s good for the university too – who doesn’t want to rake in a couple extra billion? The university should be more than happy to take on this responsibility.

A complaint that I've heard about my articles is that I’m advocating that students should be sheltered from the “real world” and that they need to be able to face it on their own. I agree that students shouldn’t (and in most cases can’t) be sheltered from difficult circumstances; however, I disagree that we shouldn’t educate students on how to deal with those circumstances in a healthy and reasonable way. Sure, the “real world” is hard, but that doesn’t mean we should make more challenging than it needs to be. If there is a problem we can solve, then we should solve it. And this one is a no-brainer.