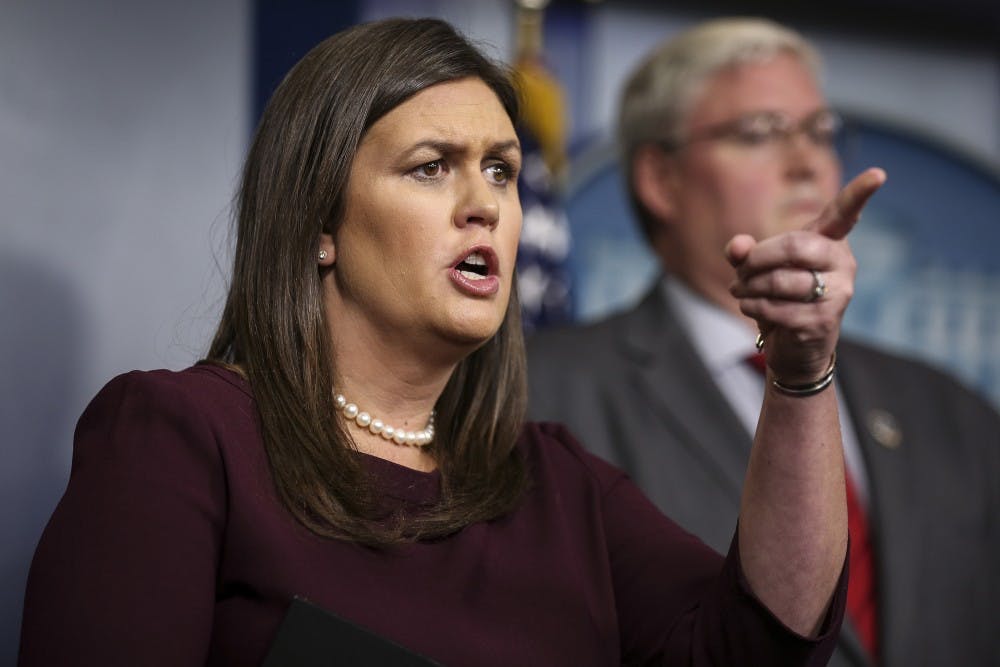 With all the turmoil surrounding allegations of racism in the Trump White House, the ever-truthful Sarah Huckabee Sanders held a press conference Tuesday afternoon that seemed to set the record straight. Specifically, she addressed news of former aide Omarosa Manigault-Newman saying she recorded Trump saying the n-word.

Sanders wanted to set the record straight on behalf of the White House, but only made matters worse. When asked if the president ever said the n-word, Sanders answered, “I can’t guarantee anything” and, “I can tell you that I never heard it.” This is not very reassuring to Americans that still think there is a small possibility that Trump is not a racist.

Another blip in the decree that Trump has not said the n-word is the fact that in a recent tweet, he said that Apprentice producer Mark Burnett, “called to say that there are NO TAPES of the Apprentice where I used such a terrible and disgusting word." One would think, if you have never been in the habit of saying a word, you would not need reassurance that you are not on film saying that word. You would just know.

Beyond the Omarosa headlines, the worst part of the press conference was the blatant lie that Sanders told about the number of African-American jobs the Trump administration has created in relation to the Obama administration. The original lie was that Trump has created 700,000 jobs for African-Americans in his time in office compared to 195,000 jobs created in the eight years that Obama was in office.

However, federal labor statistics say that the actual number of African-Americans that found employment during Obama's tenure was around 3 million. With nothing but lies coming from the White House, it is a wonder that 51 percent of Republicans agree with Trump that the news media is “the enemy of the people” according to a poll from Quinnipiac University.

Throughout Trump’s term it has become more and more evident that some people lose sight of reason in order to blindly follow. This means that some Republicans, as distrusting of the media as Trump, turn to the White House itself for truth.

If they see on their own the overabundance of lies coming out on behalf of the President, they may not blindly follow so easily.

This means that the White House briefings are not useless because they can at least show the bias and recklessness of the administration. There can be no more denying that the media is false and Trump is telling the truth, because that would just be another lie.