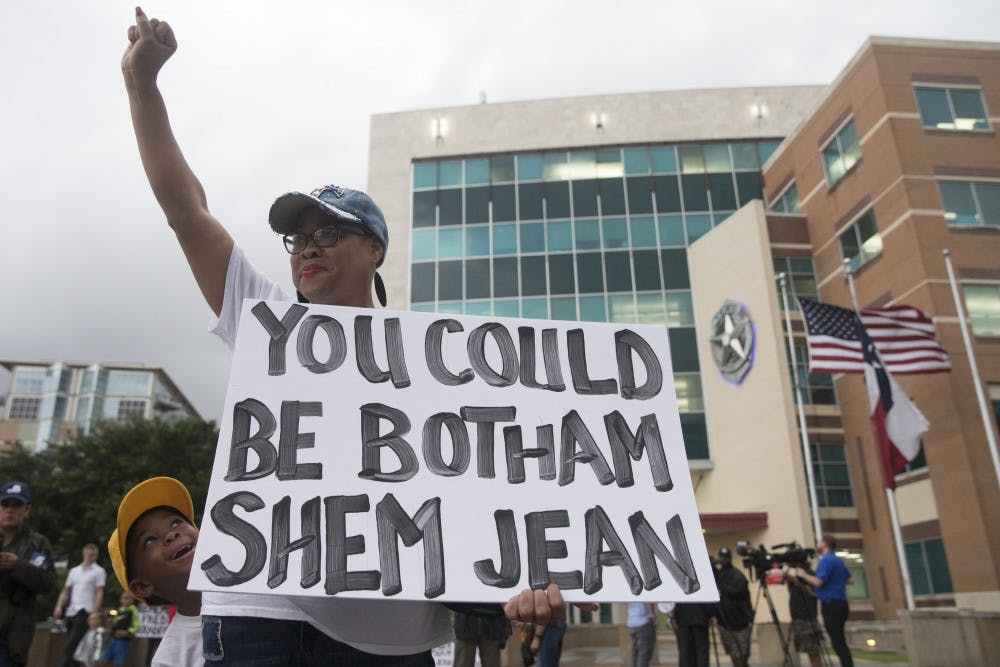 The recent shooting of Botham Jean is arguably the single most egregious instance of a police officer taking the life of an innocent civilian in recent memory. Shot while sitting in his own apartment and minding his own business by an off-duty officer who mistook his apartment for hers, the shooting seems to be a pretty unambiguous case of manslaughter. Not content with merely taking his life though, the Dallas police have decided to add insult to injury by scouring through Jean’s belongings in what amounted to a desperate attempt at smearing the victim.

Shortly after the shooting news broke, it was announced that the man who had been killed for an incredibly stupid reason had committed the terrible crime of … possessing some marijuana and a grinder in his apartment. If you’re wondering what any of that has to do with his killing, you aren’t alone: the Fox4 Tweet that broke the “story” has one of the most hilariously lopsided twitter ratios I’ve ever seen, with tens of thousands of angry comments compared to a measly three thousand likes.

People are incensed that this search even took place, and understandably so. This was a man who was gunned down by a seemingly unstable officer for merely being in his own home. It was the officer who trespassed on his property uninvited, and the officer who killed him in cold blood for no good reason. Why is the obvious victim in this situation being treated as the criminal? What possible justification could there be for searching this man’s belongings? Imagine if someone was hit by a car, and the police tested their sobriety rather than the driver responsible. That’s the kind of perverse situation you have here, with the victim being the one placed under scrutiny.

The fact that the police seemed so giddy to report that Jean possessed marijuana doesn’t help them. According to Lee Merrit, who is representing the Jean family in this case, the police were immediately looking for drug paraphernalia in a clear attempt at “smearing” the victim and helping one of their own. By desperately drawing attention to the ill-fated man’s alleged weed habit, it seems to me that the police are attempting to insinuate that Jean was some sort of low-life drug abuser in order to somehow diminish the impact of his death. This is of course pure speculation on my part, but, if that is what they’re attempting to do, then  it flies in the face of every account of those who knew him in real life.

Jean’s alleged use of marijuana is a non-issue in regards to his tragic death. The fact that he had drugs in his home is about as relevant to the case as the contents of his fridge.

I doubt that, had Botham Jean been killed by a non-police officer, this search would have taken place. It appears Dallas police are giving this woman special treatment, as evidenced by the fact that she was free for days after the shooting. The police are here to serve the community at large, not to exist as some privileged guild that seeks the protection of its members over the proper enforcement of the law.