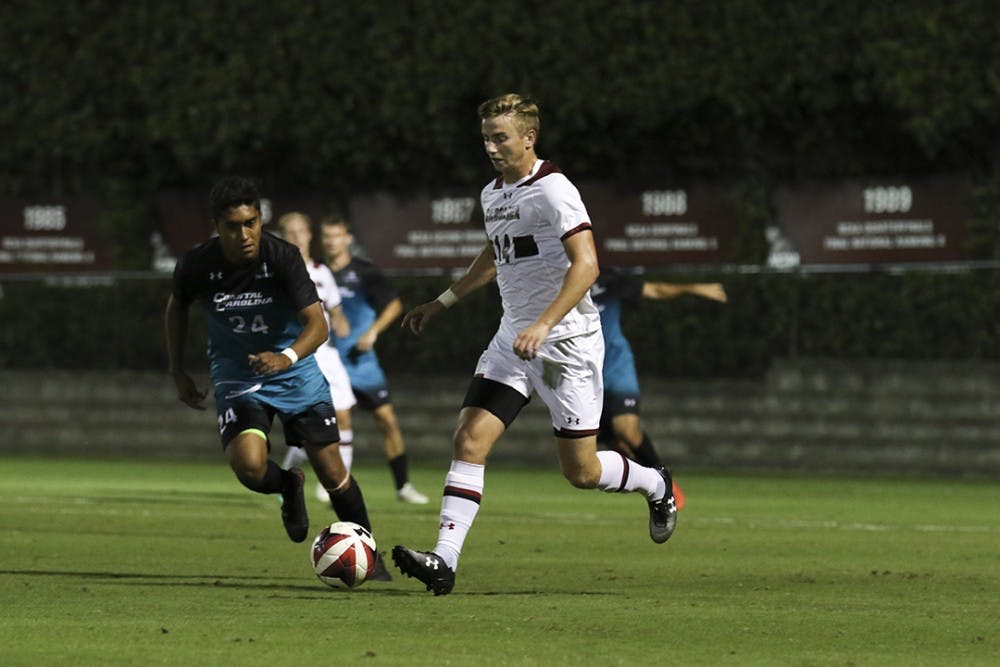 South Carolina’s season hasn't played out in the Gamecocks favor so far, but the ambitions and momentum is still there for head coach Mark Berson’s team.

Sophomore forward Justin Sukow has been a pivotal play-maker in games on the offensive side of the ball. Sukow was named to the C-USA All-Freshman Team last season and is a key returner on the team.

Over the past year, Sukow has developed his stamina and learned to execute where his team needed him to. Sukow has tallied a total of 12 points for the team and led the Gamecocks with three game-winners, tied for the conference lead.

“Last year obviously being new to college soccer the pace is a lot faster, a lot bigger guys that have come from like really good backgrounds growing up so you know it was a hard transition," Sukow said. "This year definitely I have more confidence and being a year in is just ... a lot easier, you know what to expect and you know how the games are going to go.”

The team has looked to strengthen their chemistry in order to close the gap between the newcomers and upperclassmen.

Despite an overall record of 1-4, South Carolina has a chance to bounce back Wednesday against Wofford starting at 7 p.m. Berson is optimistic that leaders like Sukow will help the team grow over the course of the season.

“In these games, there'll be a lot of mistakes, we know that," Berson said. "There’ll be a lot of things that we look to correct, but it’s all part of a process and you know we always say, and I think rightfully so, you're not the same team in October that you are in September and then come championship time in November you hope you are at your best.”