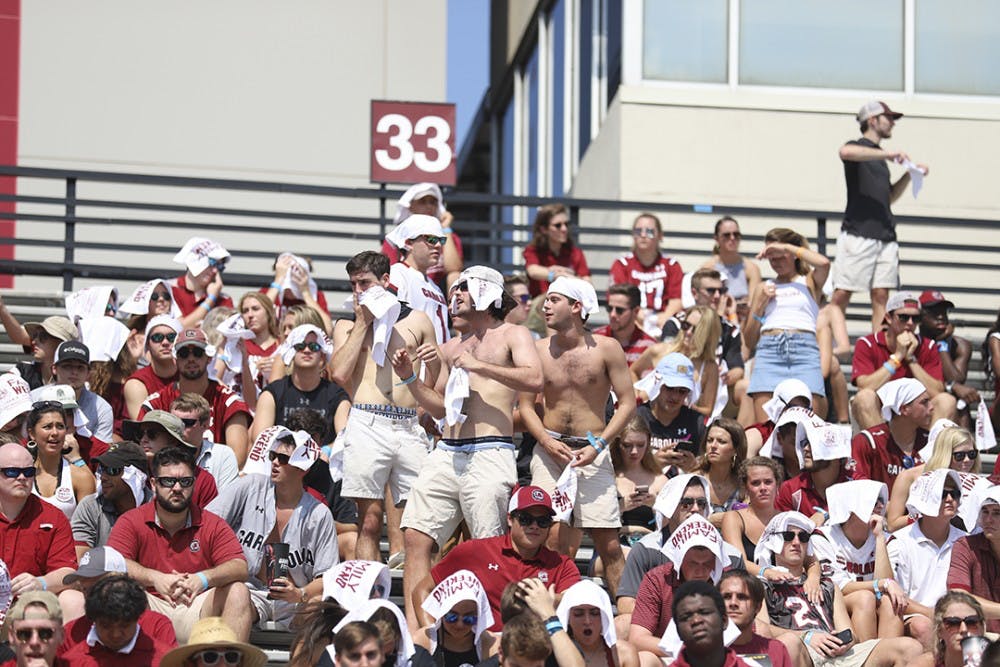 There is no doubt that afternoon football games can suck due to how extremely hot it can be. Few if any enjoy standing in the stadium, which is practically an oven during these games, while being blasted by the sun. In fact, this past Saturday was absolute hell for some before the rain hit with temperatures up in the 90s. These circumstances, combined with fans drinking alcohol, can lead to a lot of dehydration and potential for serious heat strokes.

South Carolina combated this problem a few weeks ago during the Georgia game. They installed mist fans throughout the stadium, lowered the price of water bottles and set up free water refill stations. Compared to the Coastal Carolina game, where a band member was treated for heat-related injuries, fans were actually able to tolerate the weather with these additions.

However, come this weekend, most of these additions were underutilized by students and fans due to the lack of knowledge they even existed. For example, while anecdotal, I know my roommates and I searched for these amenities at the game. We were unable to find the refill station in the student section and our parents were unable to find one in another part of the stadium.

While these new additions are fantastic and absolutely must be kept in effect, the university should take a few steps to help communicate these options to the patrons of the game.

First, the university needs to advertise these changes more. Whether that is just through social media before the game or emails sent out to students, making students aware they have these options in the first place is helpful. I personally only found out because my roommate is in the band and was made aware.

And second, while at the stadium, these amenities should be marked more clearly. If people who are actively searching for them — in this case my roommates and their parents — can’t find them, then they need to make improvements with their markers. Making these resources easily accessible will improve their usefulness and help keep students and fans stay healthy during the game.

Seeing the university help students and fans stay hydrated in such crazy heat really helps highlight how much they care about their fans. And while these arguments are a bit nitpicky, by taking it to the next step as suggested, they can really improve the impact they are making.

Hopefully the university keeps these changes for future games. This upcoming week hosts a game during the State Fair, meaning there is a much higher chance of chaos throughout the day. More fans will be drinking and eating junk food, making them more susceptible to heat. The university needs to do what they can to take care of their fans, especially with something as important as water.