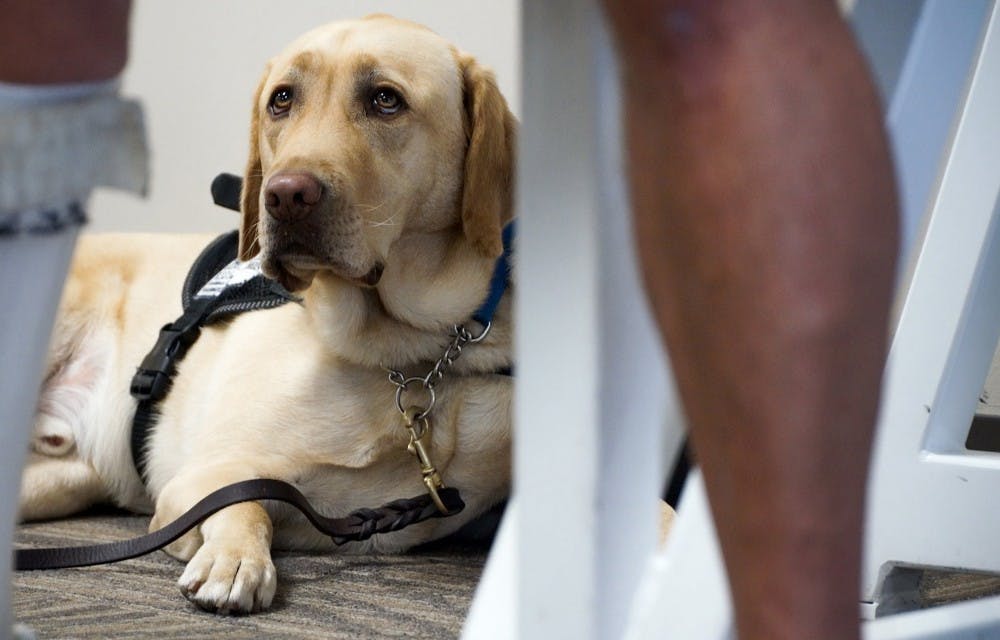 Letter to the editor: ADA should be updated to include emotional support animals

With midterms coming up, many students could use some pawsitivity in their lives. For some, they already have it in the form of an emotional support animal, or ESA. Animals are often amazing companions, they help relieve stress and they are constantly showing love for their owners. Some animals are even able to sense illness and stress in humans and try to comfort them.

For some people, animals can have a profound impact on their health. Though studies on the topic are limited, those that exist show that ESAs can help alleviate symptoms of depression, PTSD, anxiety, phobias and personality disorders. One study published in an international journal, BMC Psychiatry, stated “Pets were able to provide unique emotional support as a result of their ability to respond to their owners in an intuitive way, especially in times of crisis and periods of active symptoms.”

With that said, ESAs have been mentioned in the news recently in a not-so-positive way. With a rise in diagnosed mental illnesses came a rise in requests for ESAs. At the moment, the nation lacks overarching policy in this area. Beyond the update to the Fair Housing Act in 2013, which allowed for ESAs in housing communities that otherwise would not allow animals, and the Air Carrier Access Act, not much is set in stone.

The policies that do exist are often not clear or are open to interpretation. Because ESAs are not limited to dogs and cats, airlines are having a difficult time deciding what they can and cannot allow. Both of these policies require documentation for the animal. This documentation outlines that the person does have a disability and that the ESA would meet a disability related need. It must come from a certified mental health professional. To get around this, a number of websites and organizations have popped up that offer the necessary documentation for a price, without ever having to see a professional.

What is a solution that allows those who need ESAs to have them while curbing third-party sites and clarifying policies? An amendment to the Americans with Disabilities Act may be overdue. The last time the ADA was updated was 2013. It includes a section on service animals, but the time has come for it to include ESAs as well. Something must be spelled out clearly in policy, and something must be done to curb third-party sites. Fur real though, ESAs are beneficial for many people and more needs to be done to legitimize them.