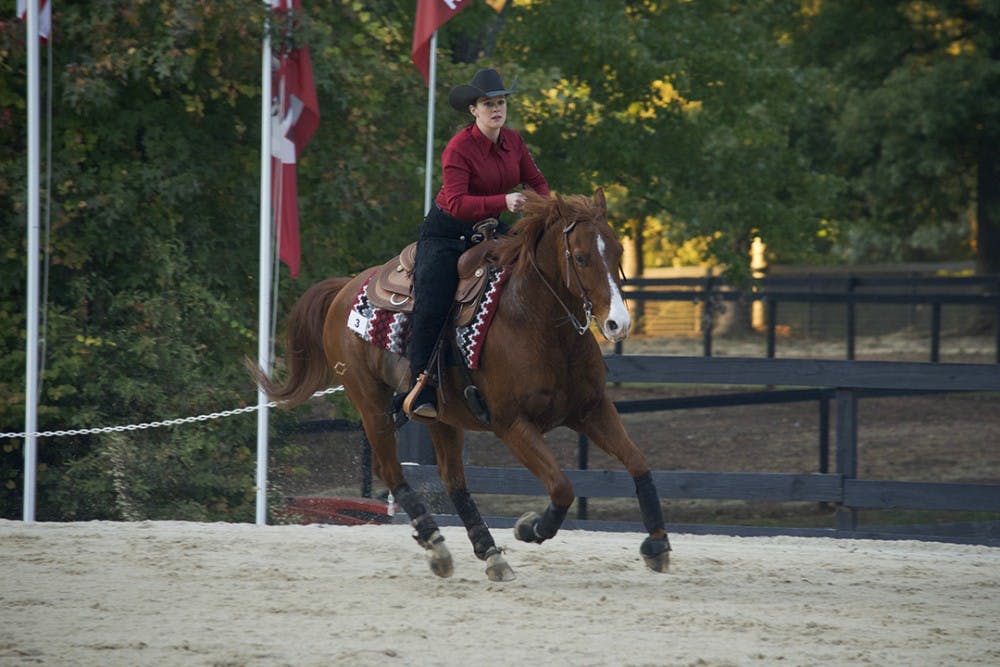 The Gamecocks equestrian secured their first win of the season against the No. 2 Georgia team in Blythewood Saturday.

“We had a great day (Friday),” head coach Boo Major said to Gamecocks Online. “Really proud of our girls. We still had some mistakes here and there, but we were able to overcome the mistakes with some really good scores, some really quality rides. I think our girls had a great ride.”

This 10-9 win gave South Carolina needed momentum early on in the season with a young team. The Gamecocks claimed two Most Outstanding Performances in Hunter Seat.

Not only did the Gamecocks earn their first win of the season, they also won the Hunter Seat competition and the Western side, 5-4.

Despite South Carolina losing to Auburn 18-2, the Gamecocks did not lose their focus and found a way to still improve.

Sophomore Tyler Petrie claimed her first collegiate career win against the Eagles and helped give her team strength to continue on ultimately securing the team's win against the Bulldogs.

“After such a hard loss at Auburn and then to go up against Georgia (Friday), the girls really weren’t down for the count,” Major said. “They were ready to get back up and try really, really hard (Friday), which they did.”

The team found motivation in two vital riders, freshman Trinty Hammerschmidt and junior Madison Sellman. Hammerschmidt won 76-71 in equitation on the flat and Sellman secured a 88-84 win on Tattoo.

In addition, another rider the Gamecocks have found strength in is senior Madison Thiel. Thiel won three straight horseman points against the Bulldogs, kicking off her streak with a 70-65.5 for the win.

South Carolina was able to endure the heat even though its horses and riders felt the temperature rising to defeat the Georgia Bulldogs. The quality rides gave the Gamecocks an advantage to rise above and clinch the win.

Major is looking forward to the upcoming competition of Texas A&M and hopes that the weather will cool down while they perform at One Wood Farm in Blythewood on Friday at 1 p.m.