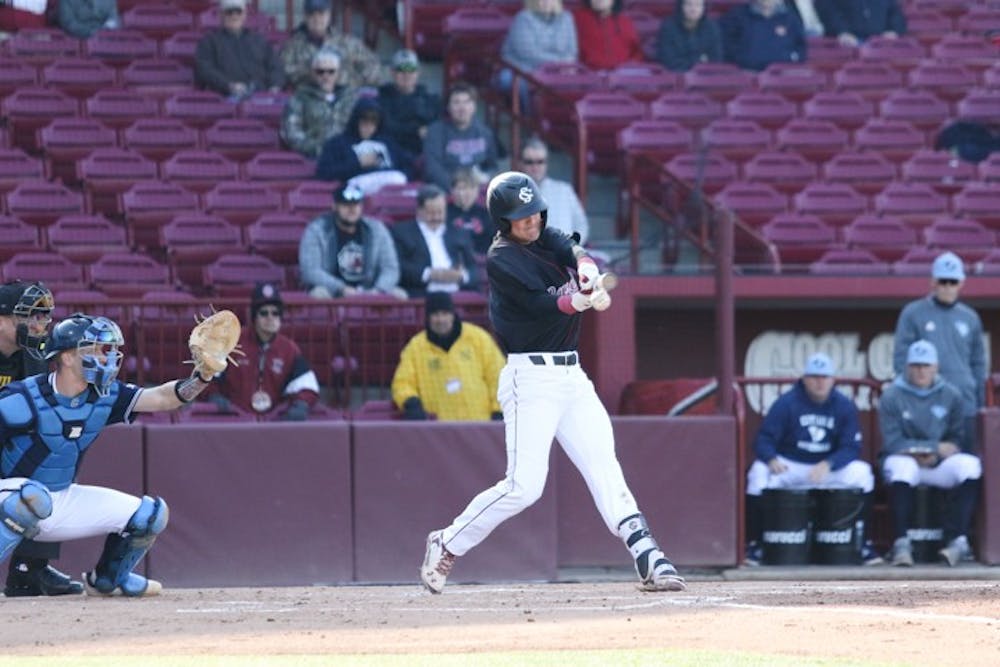 The South Carolina baseball team (10-3) lost 2-10 against the Gardner-Webb Bulldogs (7-2) after struggling offensively and on the mound Wednesday.

“He changed speeds, he was throwing a cutter we just couldn’t answer for and kept us off balance all night," head coach Mark Kingston said.

In the bottom of the fourth, South Carolina’s left fielder Brady Allen hit a single, followed by a single from third baseman Jacob Olson. Andrew Eyster hit a sacrifice flyout to right field but Allen got the Gamecocks their first run.

Jordan Holladay hit another single and batted in another run for the Gamecocks. The Gamecocks held to those two runs for the rest of the game, with the Bulldogs striking out the Gamecocks 11 times.

Defensively, the Gamecocks struggled on the mound. In a nine-inning game, South Carolina went through six of its pitchers and only struck out nine batters.

South Carolina is facing difficult decisions in the bullpen with one of its weekend starters, Carmen Mlodzinski, out with a six to eight week injury.

“Yeah, credit Gardner-Webb, they played better than us tonight in a lot of areas and they deserved to win," Kingston said.

The Gamecocks will be back in action this Friday at 7 p.m. in the series opener against Valparaiso. Wesley Sweatt will get his first start in Friday’s game, and Reid Morgan will move up from a Sunday starter to a Saturday starter.