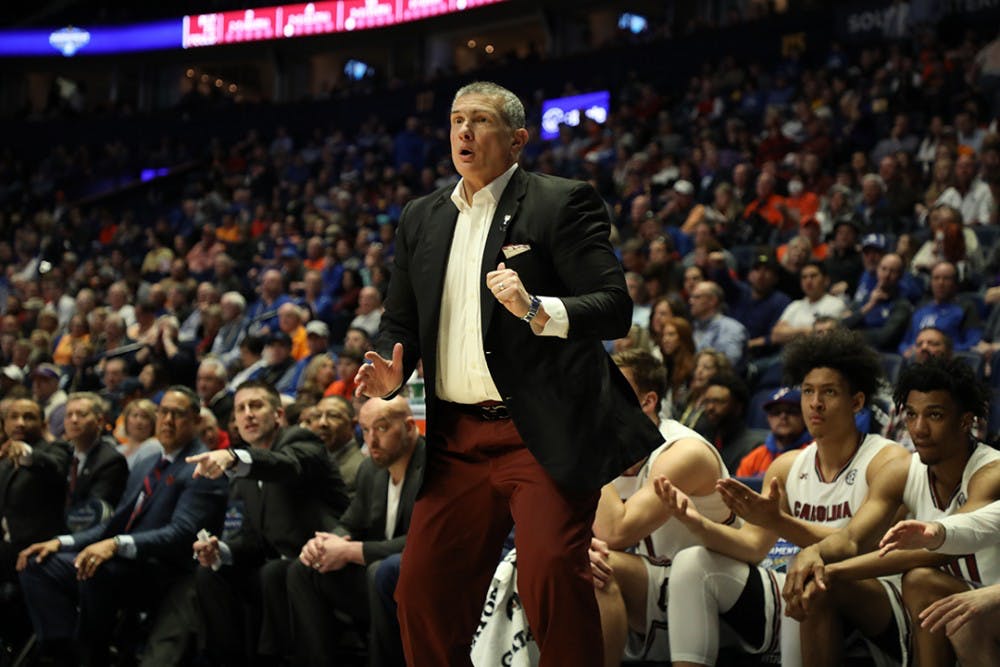 The Gamecocks won 11 SEC games and received a double bye in the SEC Tournament for the third time in the last four years, but inconsistent play throughout the season would end up dooming South Carolina’s chances at postseason basketball for the second straight season after reaching the Final Four in 2017.

After winter break, the Gamecocks bounced back and defeated Division II school North Greenville before the SEC portion of the schedule.

However, the Gamecocks went on the road to Stillwater, Oklahoma for the SEC/Big 12 Challenge in January and fell to the Oklahoma State Cowboys, who only won 12 games this year, by a score of 74-70. The loss to the Cowboys added to the Gamecocks’ non-conference woes, bringing their non-conference record to 5-8.

The Gamecocks then bounced back and defeated Ole Miss, marking their fourth win over an NCAA tournament team at home 79-64. But they followed their win over the Rebels with three straight losses to Mississippi State, Alabama and Missouri, adding to their inconsistent season.

The Gamecocks were able to finish the regular season with two straight wins over Texas A&M and Georgia, bringing their record to 16-15 (11-7 SEC), which allowed them to have a double bye for the third time in four years.

South Carolina took on the future SEC Tournament champion Auburn Tigers in the quarterfinal rounds, and was tied at halftime, but the team fell to Auburn by a score of 73-64, ending their 2018-19 campaign.

With the season coming to a close, seniors Hassani Gravett, Tre Campbell and Chris Silva are also ending their careers in garnet and black.

Gravett and Silva were the only starting players that were part of the 2017 Final Four team.