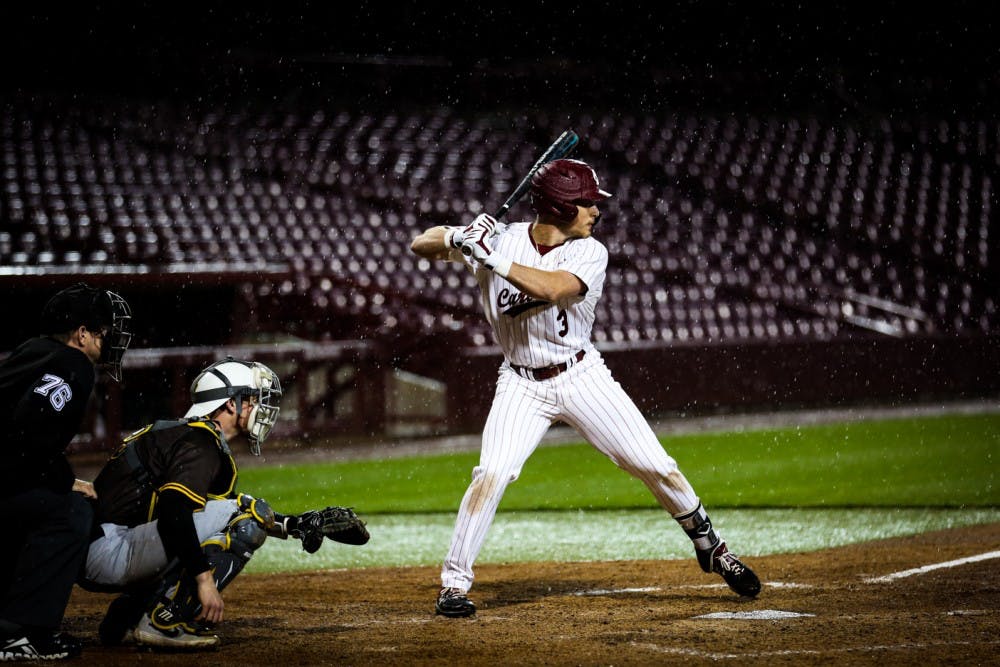 The South Carolina baseball team (15-6, 0-3) will travel to Knoxville on Friday to take on the Tennessee Volunteers (18-4, 0-3) after facing losses from the Georgia Bulldogs last weekend.

In the Gamecocks' three-game matchup against Georgia, the offense was absent as the bullpen struggled to hold back Georgia's bats.

Headed into the ninth inning of their last game against the Bulldogs, the Gamecocks were holding on to a 1-0 lead. However, the Bulldogs soon got ahead as they rallied for four runs in the top of the ninth and went on to complete the sweep at Founders Park.

On Tuesday, South Carolina picked up a victory against Furman, winning 12-7.

The Gamecocks will put the ball in starter Wesley Sweatt's hand on Friday as they put Georgia's sweep behind them. This will be Sweatt's sixth appearance of the year, but only his third start. The freshman pitcher currently stands with a 1-1 record, with a 3.45 ERA in 15.2 innings pitched.

On Saturday, head coach Mark Kingston will turn the ball over to his usual Saturday starter, Reid Morgan. Morgan has fared well this season with a 2.70 ERA and 30 strikeouts in 33.1 innings pitched.

However, Kingston has yet to decide on a starter for Sunday.

Tennessee enters the series in a similar situation, as it was swept by the Auburn Tigers in its first SEC series of the season.

The Volunteers are a pitching-heavy team. Tennessee ranks in the top five in the SEC in team ERA and opposing batting average.

However, the Gamecocks top the SEC with 39 home runs and a .504 slugging percentage.

This series will determine conference play for both squads as each looks to strengthen their conference record.

First pitch is scheduled for 6:30 p.m. on Friday and is available to watch on SEC Network Plus.