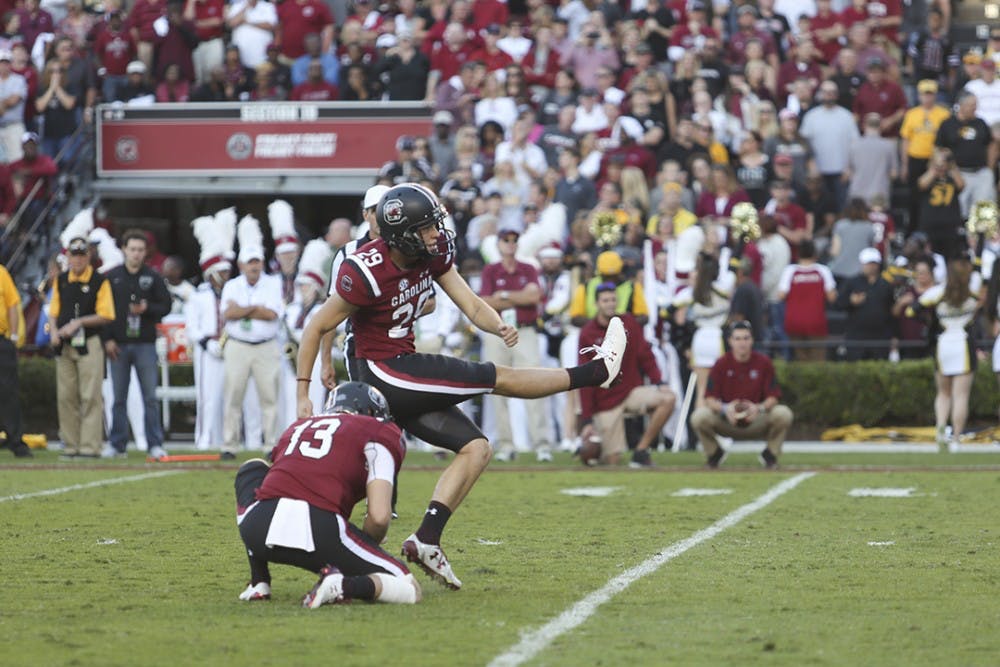 Another former South Carolina football player will be taking his talents to the professional ranks.

Elliott Fry, placekicker for the Gamecocks from 2013 to 2016, signed a three-year contract with the NFL’s Chicago Bears.

After graduating from South Carolina in 2016, the Frisco, Texas native eventually joined the Alliance of America Football league (AAF), which has since suspended all of their operations, despite being in play for less than a full season.

While playing in the AAF, Fry was the placekicker for the Orlando Apollos, coached by former South Carolina head football coach Steve Spurrier.

Spurrier, who resigned from his head coaching duties at South Carolina in 2015, also coached Fry in Columbia from 2013 up until Spurrier’s midseason resignation in October 2015.

While with the Apollos, Fry made each of his 14 field goal attempts with the Orlando Apollos in the regular season. His longest kick was a 47-yard field goal against the San Antonio Commanders in week two of the AAF season.

Spurrier, who was familiar with Fry from his time in Columbia, said he was happy to see Elliott get a chance in the AAF, calling him "extremely accurate" in an interview with The Post and Courier.

Fry also became the all-time leading scorer in South Carolina football history. On Nov. 5, 2016 against the Missouri Tigers at Williams-Brice Stadium, Fry made an extra point in the second quarter to break the previous record.