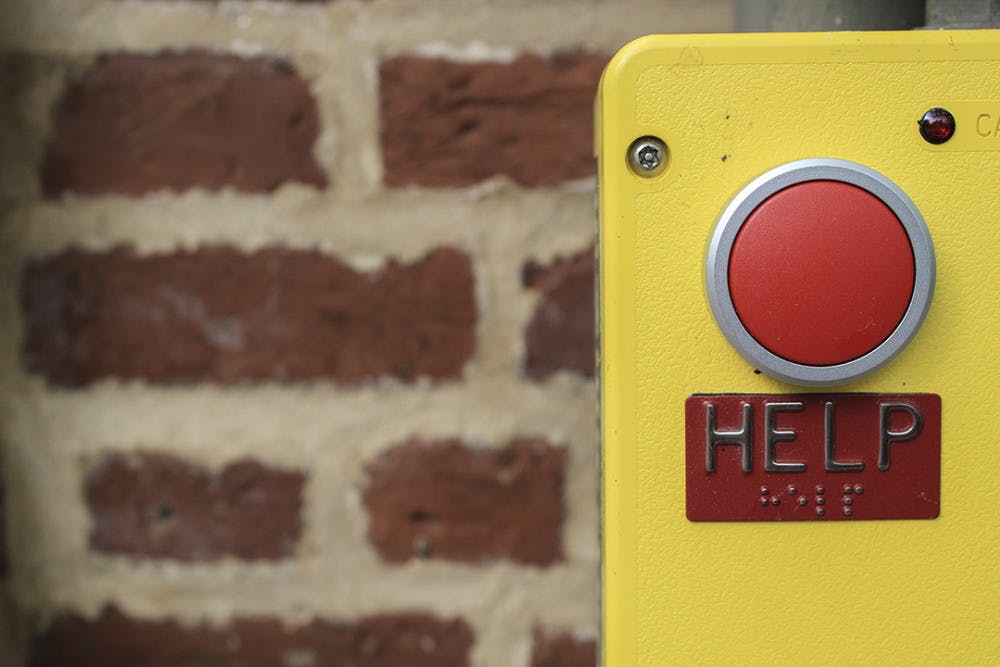 Last week's tragedy brought a more critical eye to safety measures at USC. It already prompted several responses from the university, but we as students need to make sure that it brings a lasting change to our university’s safety measures.

Because USC’s business model runs on recruiting new students, student safety is often discussed by the university, but not everything works the way it should.

Take the emergency call boxes for example. When I first visited USC, the blue boxes were the main thing that the university used as a student safety talking point. Walking onto campus for the first time, the “temporarily out of service” sleeve was harmless, just another one of the constant improvements being made to the university. Every day, though, it’s more noticeable that many of them have been “temporarily out of service” for a long period of time.

Last month USC explored the idea of phasing out the emergency call boxes on the grounds that many of them don't work and are costly to fix. The university instead looked to fully depend on RAVE Guardian — a safety app — for students to contact police.

This works on the assumption that students who need to call in an emergency have smartphones, cell service, the app itself and enough battery power. If any one of these assumptions is not met, then the system does not work. People do not get the help they need. Since it works on so many assumptions, the RAVE Guardian app looks really safe from the outside but can be really flawed when it is needed most.

This situation is very similar to that of some of the pathways on campus. There are various spots on campus that are very dark at night. One example is the area between the Pickens Street bridge and the Horseshoe. It is in these places where the fear of not seeing a danger until it is too close is really apparent. According to an article in USA Today examining college campus safety, 5.6% of students report unlit pathways as being their top safety concern on campus.

Though the university may seem very safe from the outside, with the presence of the blue light boxes and the emphasis on sexual assault prevention programs, the actual reality for students should be addressed.

Instead of being interested in marketing a safe campus to prospective students, the university should pay attention to what would make all students feel safer.