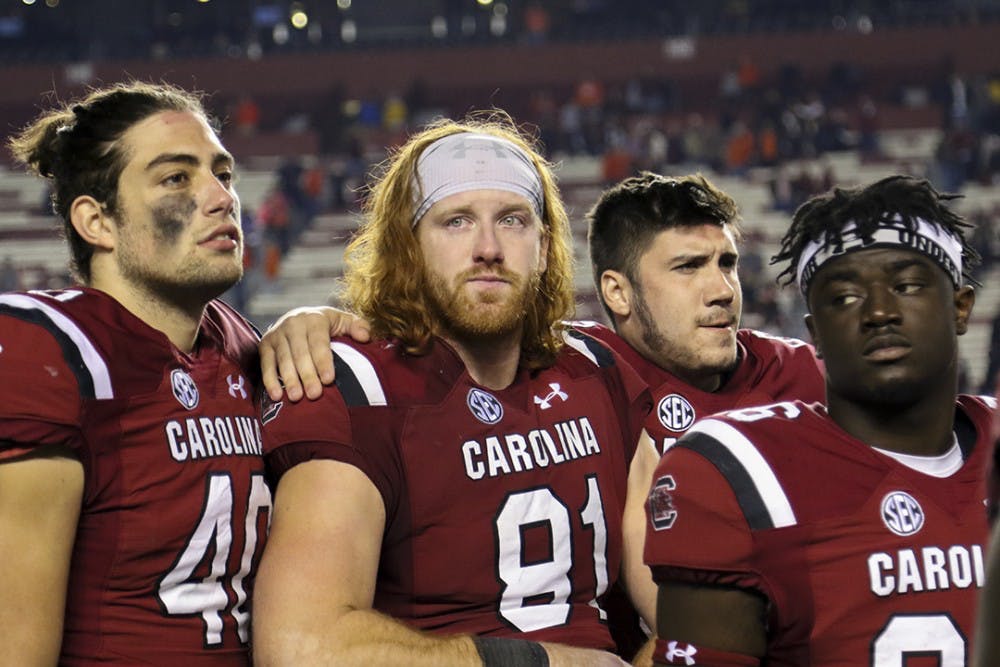 By Nate Shirley , and Perry Dominici

Athletes come and go from the university each year, but their careers don't always end at South Carolina. Here are some of the pro athletes South Carolina has produced in the past four years.

With guard Thornwell leading the squad in the 2016-17 season, the men's team appeared in its first Final Four in program history.

Thornwell played for all four of his eligible years at South Carolina, capped off by a senior year in which he averaged a career high 21.4 points per game and led the Gamecocks to the Final Four.

Thornwell, a 2016-17 SEC Player of the Year, elected to enter the NBA draft following his senior season. Thornwell's name was called in the second round of the draft. The Milwaukee Bucks used the No. 48 pick to select Thornwell, but he was traded on draft night to the Los Angeles Clippers.

Now in his second season with the Clippers, Thornwell was the first Gamecock drafted to the NBA since 1998.

The Gamecocks women's basketball team won the program's first ever national championship in the 2017 season, defeating the Mississippi State Bulldogs — with Wilson leading the team.

In the 2018 draft, the Las Vegas Aces used the No. 1 overall pick to select Wilson. In her first season, Wilson won the 2018 WNBA Rookie of the Year award while averaging 20.7 points per game, the sixth highest in the WNBA.

South Carolina has also produced NFL stars, but the most recent first round selection came in 2018, when the Baltimore Ravens selected tight end Hurst with the 25th overall pick.

Hurst declared for the draft following his junior season as a captain with the Gamecocks and earning first team All-SEC honors in 2017.

He finished the season with 559 receiving yards on 44 receptions.

In his rookie year with the Ravens, Hurst played in 12 games. He finished his rookie season with 163 receiving yards on 13 receptions.

Forward Savannah McCaskill was drafted as the No. 2 player in the National Women's Soccer League by the Boston Breakers in 2018.

McCaskill finished with 114 points, the most ever by a Gamecock. She is the second player in South Carolina history to be selected in the draft.

McCaskill did not play in Boston — the team folded ahead of the season after failed buyout negotiations. She was selected by Sky Blue FC and currently has three goals.

Rookie of the Year, McCaskill finished third overall for 2018.

Gamecocks in the MLB

The Washington Nationals selected a pair of Gamecocks: Ridge Chapman and Graham Lawson.