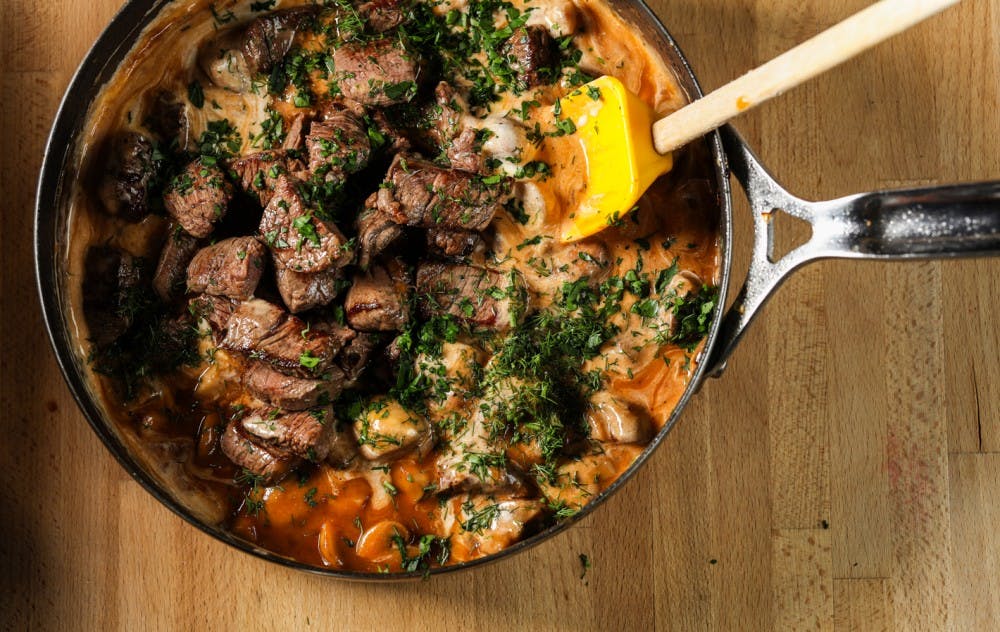 Opinion: Know where your meat comes from

Have you ever thought about the process that produces your meat?

When buying or eating animal products, it’s easy to ignore the fact that what we’re consuming was once a living, feeling being. On the rare occasion we do reflect on the reality of meat consumption, it's common to assume the animal died an unceremonious but non-agonizing death. This, unfortunately, couldn’t be further from the truth.

This past week I was invited by a friend to attend a film screening put on by a student vegan club. The film, "Dominion," laid bare the kind of cruelty in factory farming. Like most people, I had some vague notion of factory farming as something a bit gruesome and perhaps even bordering on the inhumane, but such a notion understates how horrible these operations truly are.

Factory farming is steeped in a kind of barbaric sadism that makes the stomach churn in disgust. Of the moviegoers, many were unable to make it through the first segment on pigs, despite the promise of a cash reward for sitting through the film. The reality of our treatment of animals is not easy to stomach.

In modern farms, animals are treated as mere economic inputs, factors of production and nothing more. They are objectified in the worst way possible. This raises a question that demands an answer: How can all of this be justified ethically?

We as humans see ourselves as being entitled to everything on earth, and will gleefully kill and torture to satisfy our most trivial of desires. Our capacity for cruelty is unparalleled, and we’ll happily abuse and destroy the earth in order to get what we want. For our trivial desires to eat a certain kind of food or dress a certain way, animals suffer in incomprehensible agony.

But what makes us so special? Why are our desires so important that they warrant the torturing and killing of another being? Why do pigs, highly intelligent creatures that are smarter than your dog, have to undergo a hell on earth just because you want to eat bacon? Frankly, I don’t think these questions can be answered. The fact of the matter is that we cause immense anguish that we can never account for.

I don’t know if eating meat itself is wrong, but I do know that the way we currently produce it is. Though I remain a bit skeptical about veganism, I now find it hard to buy meat knowing the process that produced it.

Do your own research on the matter and seriously ask yourself if you can condone a system that has such a flagrant disregard for animal life. If you own pets, ask yourself why they deserve love and compassion, while billions of others animals lead miserable lives as economic objects.

Meat production in the U.S. is simply inhumane, and that has to change.