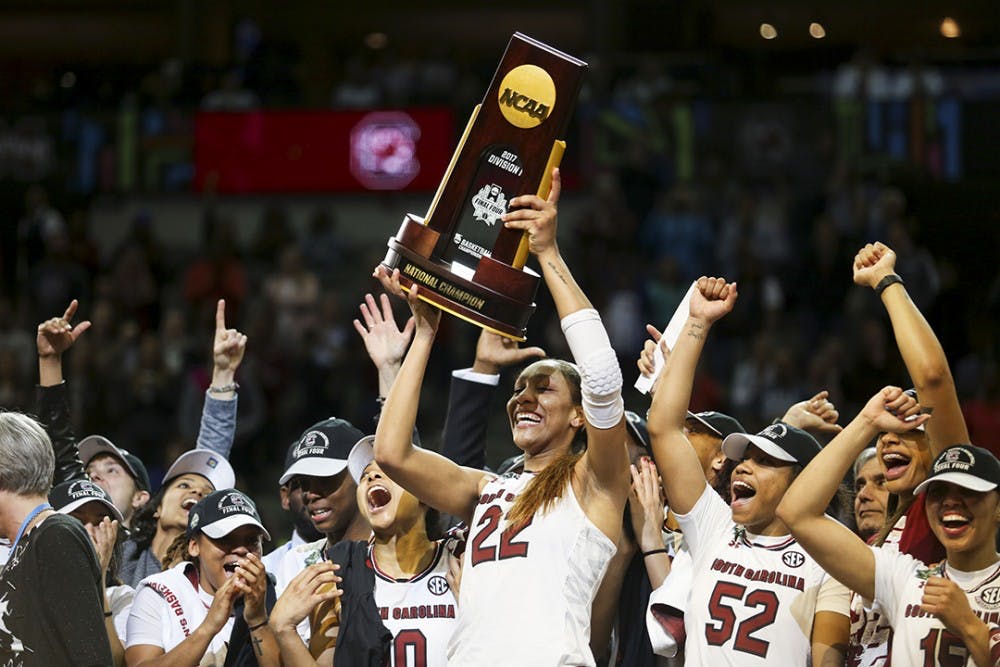 For Staley, this was something that South Carolina had gotten close to reaching in 2015 after its first Final Four run. Former Gamecock A’ja Wilson secured the title for the Gamecocks on April 2, 2017 against Mississippi State.

Wilson was named the Most Outstanding Player of the Final Four.

Alongside Wilson, former Gamecock transfer Allisha Gray finished with 18 shots and 10 rebounds. After not playing in the Sweet 16 game the previous year, Grey said they came out with a lot of motivation because the Gamecocks didn't want to come out where they did last year.

This moment helped Staley achieve her collegiate goal as a former player and her coaching role at South Carolina. Staley lost as a Virginia Cavalier in 1992 during the Final Four. Staley reached the Final Four three times as a player.

This national championship title solidified what Staley wanted to reach as a leader for the Gamecocks. Staley said it was their goal to attack the paint. South Carolina had to dominate and own it to pull off the victory and finished the season 33-4.

With Staley on the cusp of competing with the No. 1 recruiting class for the 2019-20 season, the 2017 National Championship hasn't been forgotten.

South Carolina’s mission hasn’t changed over the past three years after breaking history. The last freshman class that is comparable is the class of 2014. This class claimed four SEC tournament championships, three Elite Eights, two Final Fours and the 2017 national championship.

Like any class, the players will have to adjust and develop chemistry even as the No. 1 recruiting class.

South Carolina associate head coach Lisa Boyer told The Post and Courier that they will have to get acclimated.

“Even A’ja Wilson had to adjust to the college game,” Boyer said. “We have very high expectations, no question about it, but there will be an adjustment.”