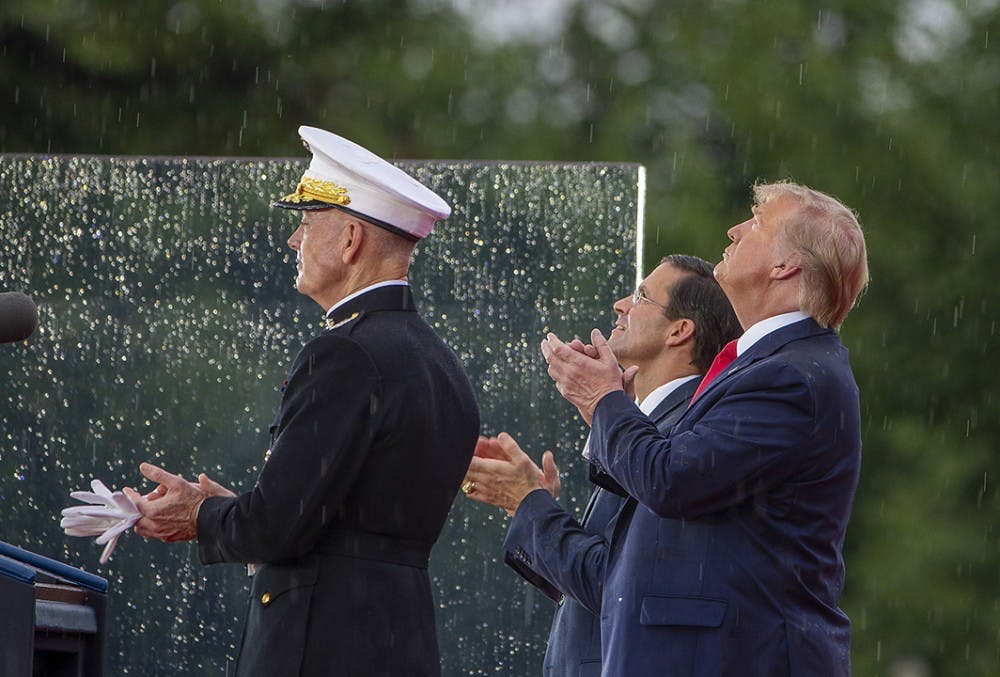 During any holiday season, whether it’s Valentine’s Day or Christmas, people love to complain about the consumerism of celebrating a holiday. But what happens if the excess of a celebration costs the American people hundreds of thousands of dollars?

Independence Day is about being an American and celebrating the 13 colonies’ victory in the Revolutionary War against the British Empire; the underdog winning over a tyrannical oppressor. Celebrating the United States and the anniversary of its foundation doesn’t seem as though it would be a partisan event, because both Democrats and Republicans alike can love their country in equal measure.

For instance, the “Salute to America” event as a whole involved the traditional parade, Capital Fourth Concert and an extended fireworks show, but now we've added tanks, an address by President Trump at the Lincoln Memorial, flyovers by the Boeing 747 normally used as Air Force One, the Navy's Blue Angels and other military aircraft and performances by military branch bands.

This extensive day of celebration is going to run the American taxpayer a great deal of money, much more than previously anticipated for the event, as new elements to the celebration were being added on by the tweet, and people jumped down each other's throats for daring to question the price tag.

Kellyanne Conway herself, White House senior counselor, got into the fray and seemingly accused a reporter of not being patriotic enough when he asked about the planned celebration, responding, “Do you know the Fourth of July is a celebration of this country’s independence? Are you aware of that? You are? You know what happened July 4, 1776? OK. Because it doesn’t even sound like you’re talking about the patriotism that undergirds it.”

This is also fully intended to be a non-partisan event, something all Americans can participate and take solace in. Unfortunately, Trump doesn’t have an exceptional track record of making non-partisan speeches or events.

The last sitting president to participate directly in the Independence Day ceremony was Harry Truman in 1951, though Richard Nixon pre-recorded a speech that was aired on the National Mall in 1970. A Trump-like speech on the steps of the Lincoln Memorial hasn’t been done in more than half a century. This marks a major shift away from tradition and may leave many Americans with a bad taste in their mouth, as Donald Trump remains a divisive president.

The Fourth of July is a day for Americans to come together and celebrate being a part of a singular nation. Making a celebration over the top, to the point of excess, and questioning other people’s patriotism isn’t the way to actually celebrate the Fourth of July. It’s simply twisting the holiday’s underlying principle of unity into something else.