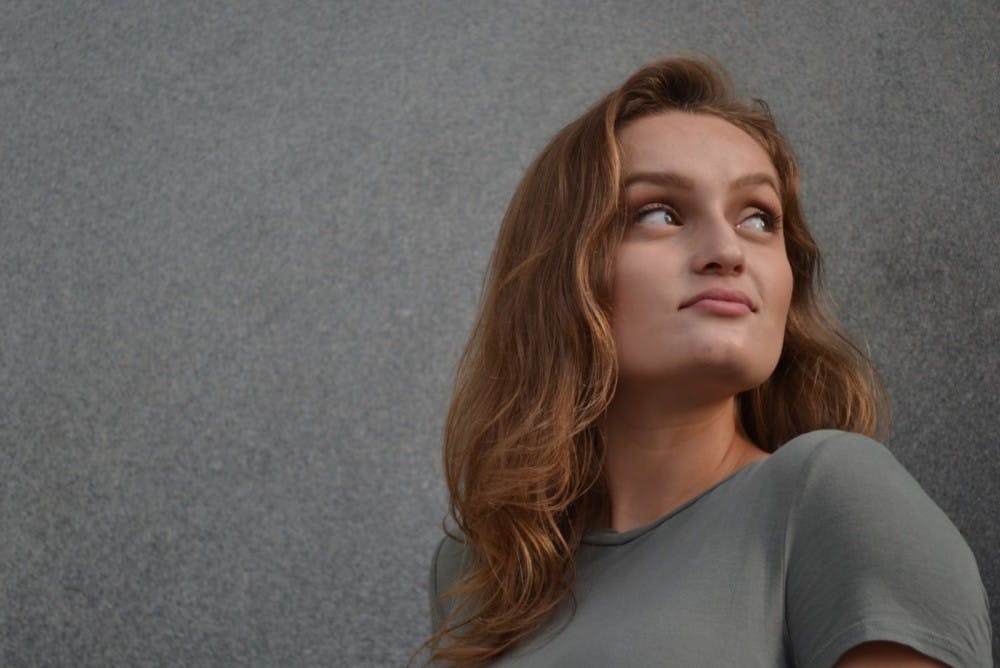 By Nick Sullivan , and Savannah Tranter

The sun had yet to begin its ascent when Madison Poindexter arrived at the Pastides Alumni Center for her audition. The fourth-year journalism student had a dream to fulfill, and the 5:45 a.m. check-in was just the first step.

Poindexter started singing when she was very young, having first acknowledged her talent around the age of seven or eight. She grew up watching “American Idol” surrounded by musically inclined family members, one of which would accompany her years later to this "Idol" audition of her own.

“My dad is my biggest musical inspiration," she said. "I get all of my singing from that side of the family, so I remember growing up with music all around the house.”

With a family rooted in music, Poindexter’s talent was encouraged, but it took her a while to gain the confidence to be comfortable singing around others.

Confidence, she said, was one of the most significant driving forces in getting her to this point. She wanted to prove to herself that she could do something like this, that she could put herself out there to be judged in front of others. This experience wasn't just about her, however.

"My Grandpa passed away a few years ago, and when I was younger I never really sang in front of him even though my family knew I could sing," Poindexter said. "I just wasn’t confident enough, and since I don’t have him now, I want to do it for fun for him.”

An avid watcher of “American Idol,” Poindexter knew to temper her expectations going in and prepare herself for rejections. Since she tends to take herself "a little too seriously when it comes to singing," she said she decided to show up calm and open-minded. A chance to move on would be amazing, but she would be just as content with the effort alone.

"I'm feeling really good," Marcolini said after signing in at the start of the line. "I tried for American Idol when I was 15, and obviously my voice has grown since then, and my confidence has grown, and I’m just going to do the best I can and hope that maybe I’ll get somewhere with it."

One reason for Poindexter's limited expectations is the show's storytelling aspect. It's initially subjective, she said. After all, "Idol" is a TV show.

"It’s not just for talent," Poindexter said. "You have to have a story and check all of their boxes.”

Greeneville, South Carolina's Timothy Sidberry took off work for his audition. After a three hour wait, he said he felt prepared for his audition and was enjoying the positivity of the hopefuls around him.

“The energy of the room is awesome," Sidberry said as he waited outside of the audition room. "Everybody’s smiling, laughing, everybody’s having a good time, most of the people are dancing, there’s the people behind us playing the guitar, it’s just a really good vibe. I wish this was more the vibe that we could have in the world.”

Singing Maggie Rogers' "Alaska," Poindexter faced the producers – who act as judges for the first round of auditions – with confidence and an open mind. The rejection still stung.

Poindexter was not chosen to move on, and she had some initial emotions to work through. Her immediate reaction was to be sad, disappointed her "Idol" journey was cut so short.

Cleveland, Ohio's Brittish Urminsai had a similar ending to her journey.

“I think that it went really, really good. It sucks that I was a no, but I think that I did real good,” Urminsai said as she exited her audition. “I don’t want to be discouraged by a 'no.'”

Looking back, Poindexter said she would audition all over again. She may not have met Ryan Seacrest or Katy Perry, but she is still happy to have had this experience. At least this way, she said, she didn't have any "what ifs" lingering over her head.

Moving forward, Poindexter plans on sending in a video audition and potentially auditioning again in person. She has plenty of confidence for next time.

“I feel more encouraged to audition because even though this was a rejection, and it kind of stung a little bit, it was more of an acknowledgement of, ‘hey, you do have this talent, and you can pursue this if you want to,’” she said.

With Poindexter pursuing a degree in journalism, she still hopes to have a career in the music industry. Even though she did not make it on "American Idol" this time, she has no plans of letting her dream die.