Horn and Mukuama lead a renewed Gamecock secondary in 2019 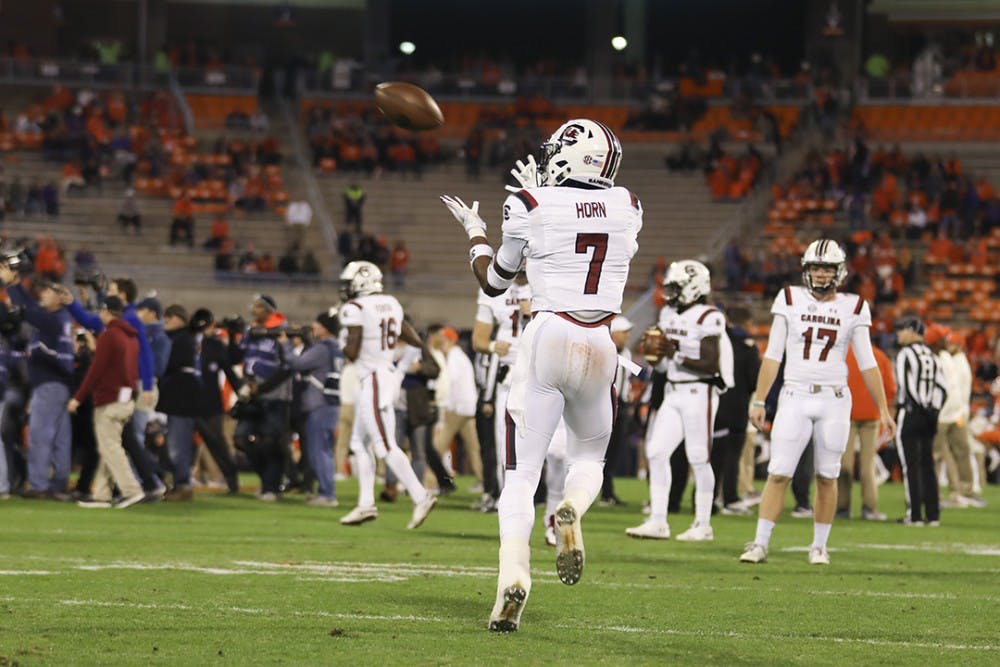 In 2018, South Carolina faced an uphill battle in stopping the passing game. Last season, the team ranked 68th in the nation in total passing defense, giving up an even 229 passing yards per game. The struggles can be credited to a few key injuries and a lack of depth in the secondary that limited the impact the pass defense had on the 11th-ranked defense in the SEC.

In looking forward to the 2019 season, a renewed secondary will look to improve off of last season's struggles. With a few returning faces and depth amplified by a promising recruiting class, there is reason to believe the Gamecocks' secondary will be a force to be reckoned with.

Prior to his injury, however, Horn recorded 30 solo tackles to go along with his 8 pass breakups on the season in 11 games. While he did not record an interception on the year, Horn was named to the 2018 Coaches' All-SEC Freshman Team.

The freshman defensive back played all over the field for the Gamecocks. Due to the injuries in the secondary to the likes of Rashad Fenton and Keisean Nixon, Horn saw games in the slot as an outside corner and was even lined as a safety. But, after his 2018 season, Horn is projected to start as the top cornerback for the Gamecock defense.

Across from Horn, the Gamecocks are expected to start another physically imposing sophomore corner. Standing at 6'4" is Israel Mukuamu, a smothering defensive back who saw playing time as a depth piece at the nickel and corner spots last season.

Mukuama's freshman season found him a home for the future as a starting corner. He appeared in all 13 games last year, recording 17 tackles and one of the few interceptions for the Gamecocks in 2018.

Mukuama's stature and ball-hawking abilities have the potential to play out as a key for improvement in the turnover department. The Gamecocks recorded six interceptions last year.

With Horn and Mukuama leading the way as the starting corners, the Gamecocks will also have plenty of depth to play with, highlighted by their freshman class.

Of the four incoming freshman, Shilo Sanders' name carries the most notoriety. The three-star cornerback recruit is another Gamecock with some of the game's history in his blood. He is the son of Pro Football Hall of Famer Deion Sanders, who's known as one of the best to ever play the cornerback position.

Sanders is projected to be one of the top depth players in the secondary, playing both as a slot corner or on the outside receivers.

A returning flexible piece to the unit is defensive back R.J. Roderick. He'll likely be the one taking the starting snaps closer to the middle of the defense in the nickel spot. After spending most of last year at safety, Roderick has been impressing throughout off-season camps as the inside corner.

Roderick also brings a sense of veteran experience to the defensive backfield. Roderick appeared in 11 games last year, just as Horn did. In his 11 games, he was also bounced around throughout the secondary. Having players in multiple positions contributes to the depth the secondary was missing in 2018.

Having options at each position, along with a good mix of veteran leadership and an intriguing freshman class, is an excellent sign for an improved year for the Gamecock secondary. While health can only be factored with time, a renewed South Carolina secondary could have head coach Will Muschamp's defense competing with the demanding physicality that comes with playing in the SEC.