Muschamp and Brown set to compete in Charlotte 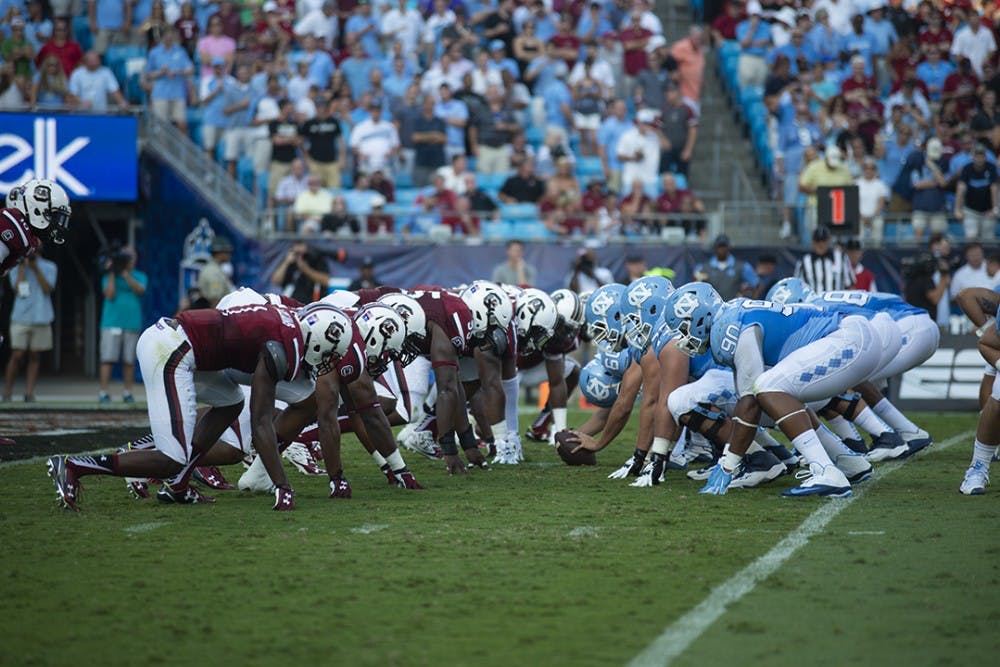 Aug. 31 will be an opportunity for South Carolina football to earn another season-opening win at Bank of America Stadium in Charlotte.

Once on the same staff, now on opposing sidelines

A familiar face for head coach Will Muschamp will be on the opposing sideline.

North Carolina football head coach Mack Brown has returned to the sidelines five years after retiring at Texas in 2013. Muschamp was an assistant under Brown at Texas from 2008 to 2010.

Texas won a national championship three years prior to hiring Muschamp. While Muschamp and Brown were each at Texas, the Longhorns went 12-1 in 2008 and appeared in the BCS National Championship game in 2009.

“I think Mack was a master at managing the organization,” Muschamp told The State. “I really learned a lot from him and certainly has helped me and my career, and I’m very appreciative of that.”

The University of Texas announced that Muschamp would become the head coach of the Longhorns when Brown decided to retire. However, the Longhorns posted a losing record in 2010 and failed to make a bowl game.

While Brown decided to stay put at Texas for the time being, Muschamp decided to take the head coach position at Florida.

“It was a lot of fun,” Muschamp said about his three seasons at Texas. “The culture was outstanding, and that all starts with the head coach and works its way all the way down to the staff.”

“[He’s] one of the great guys in our profession, a Hall of Famer,” Muschamp said. “He had a great first tenure at North Carolina, and I hope his second tenure is just as successful, starting with the second game.”

Clash of the Carolinas

UNC owns the all-time series over South Carolina 34-19, but the Gamecocks have won the last three meetings dating back to 2007.

The two teams last played in Charlotte in 2015 when the Gamecocks won 17-13. This victory was one of only three victories in 2015 for South Carolina, while UNC went 11-1 in the regular season to earn an ACC Coastal Division Championship.

Despite a successful season in 2015, the Tar Heels' latest years under then head coach Larry Fedora did not see much light. UNC finished the 2018 season with a 2-9 record. But the Tar Heels have hope with Brown’s return.

Howell arrived at UNC in January and was part of the 2019 recruiting class. A Monroe, North Carolina native, he was ranked the No. 3 dual-threat quarterback and No. 93 overall ranked prospect, according to 247Sports Composite.

Muschamp’s Gamecocks and Brown’s Tar Heels will open their respective regular seasons in Charlotte on Aug. 31 with a 3:30 p.m. kickoff at Bank of America Stadium on ESPN.