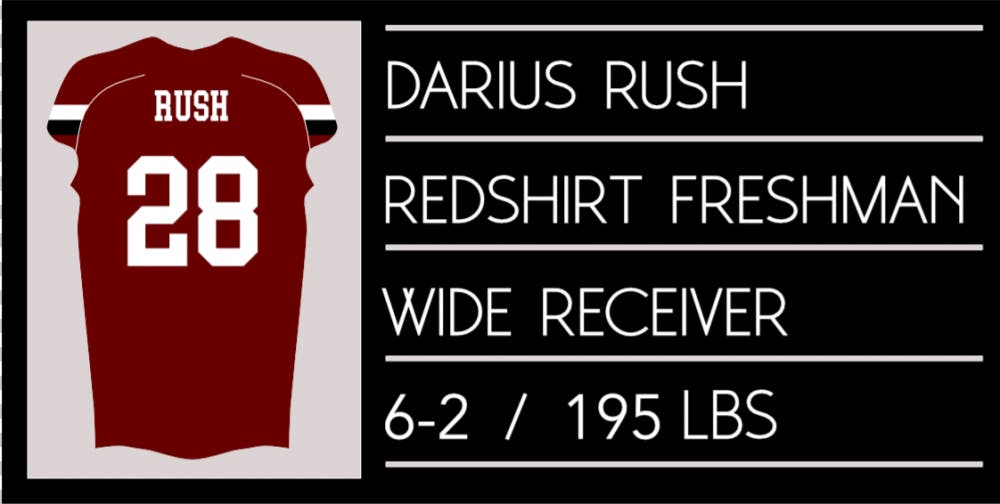 Get ready for the passion of screaming fans as Gamecock football returns on Aug. 31 against the North Carolina Tar Heels. With 14 returning starters and numerous recruits joining the team, what's in store for the Gamecocks this season?

Wide receiver Darius Rush joined the Gamecocks out of C.E. Murray High School in Greeleyville, South Carolina, where he led the War Eagles to an 11-2 record and the Class A Lower State finals. During his senior year with the War Eagles, he had 47 catches for 863 yards and 17 touchdowns, while also rushing for 165 yards. The 6-foot-2-inch, 195-pound receiver missed extended time in the fall due to a wrist injury during his redshirt year.

Rush expressed his excitement to be attending the University of South Carolina and his experience with meeting other recruits and staff members in an interview at Charlotte Rivals 3 Stripe Camp.

But Rush, who spent the majority of last season behind the scenes, got his chance during the spring practice and annual Garnet and Black game held on April 6 at Williams-Brice Stadium. During the spring game, Rush added three receptions for 61 yards.

Fans are looking forward to seeing the versatile receiver in action this season. What fans may not be expecting are the changes made with Rush and this upcoming season. Rush was spotted practicing with the defensive backs, wearing the number 28 instead of 81.