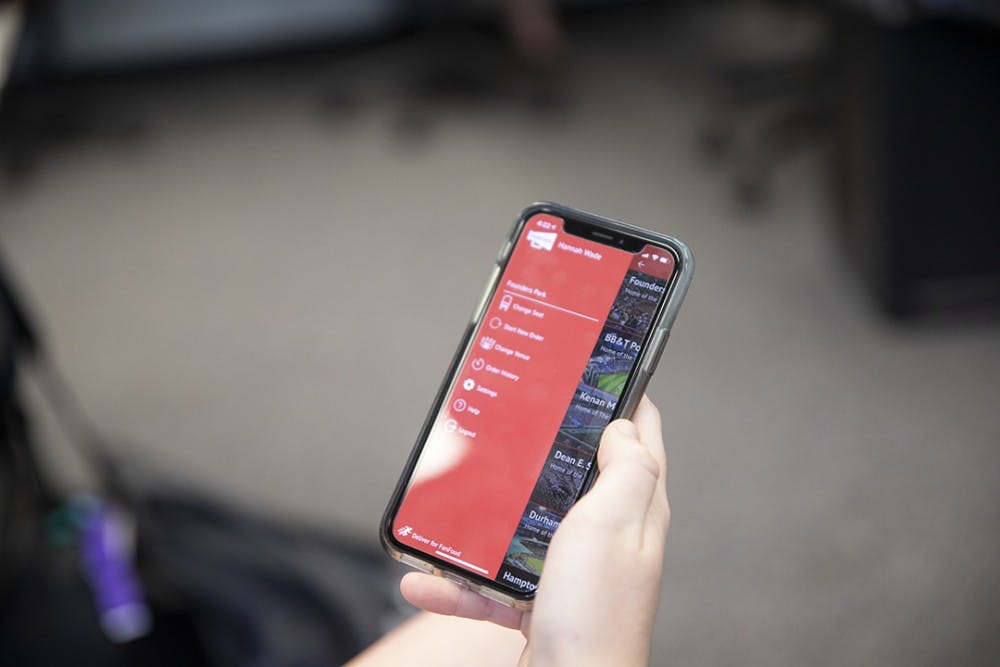 Like "Sandstorm" and the Gamecock walk, long lines at the concession stands in Williams-Brice are also a part of the game day experience. However, when fans just want to watch the Gamecocks play football, a long line can ruin the atmosphere.

As a result, Gamecock Athletics signed a one-year deal to bring online ordering to the concession stands at athletic events. The app is called FanFood, which is a startup company based out of Chicago. The company had success in minor league baseball parks and is already in use at some other universities.

Gamecock Athletics gave the app a trial run at Founders Park for baseball and decided it worked well enough to try it on a bigger scale at Williams-Brice Stadium.

"We are very excited to partner with FanFood to be able to implement mobile concessions ordering with Aramark, our current concessions provider," Jeff Crane, executive associate athletics director of the University of South Carolina said in a press release. "We're looking forward to continuing to be ahead of the curve in college athletics by utilizing mobile technology to continue to improve our fan experience at Founders Park."

FanFood is an app that can be downloaded on iOS and Android devices, and it allows customers to order and pay for food directly through the app. All customers have to do is go to the concession stand, and their food will be waiting for them.

As Gamecock Athletics works with getting to know the system and learning the expected food volume, customers do have to go pick up their food. Eventually, FanFood says it will allow food delivery to a customer's seat in the stadium.

“After a successful trial at USC during their baseball season, we’ve shown how mobile ordering elevates the fan experience and helps concessionaires better streamline their operations," William Anderson, co-founder and head of business development at FanFood, said in a press release.

FanFood charges a 5% convenience fee for customers using the app.

FanFood can be downloaded by using the following link, http://onelink.to/eawa6p, or by scanning the QR code.

In addition, Gamecock Athletics announced there will be eight "Grab and Go" stations for fans to get through concession lines quicker. There will be three of these stands on the West Main side, two in the Lower South End Zone and one stand each in the Upper South End Zone, West Club Level and Upper East level.

Fans can also expect more restaurants to be present inside Williams-Brice Stadium, such as Ben & Jerry's ice cream, Jersey Mike's Subs, Firehouse Subs and an increased presence of Chick-fil-A.