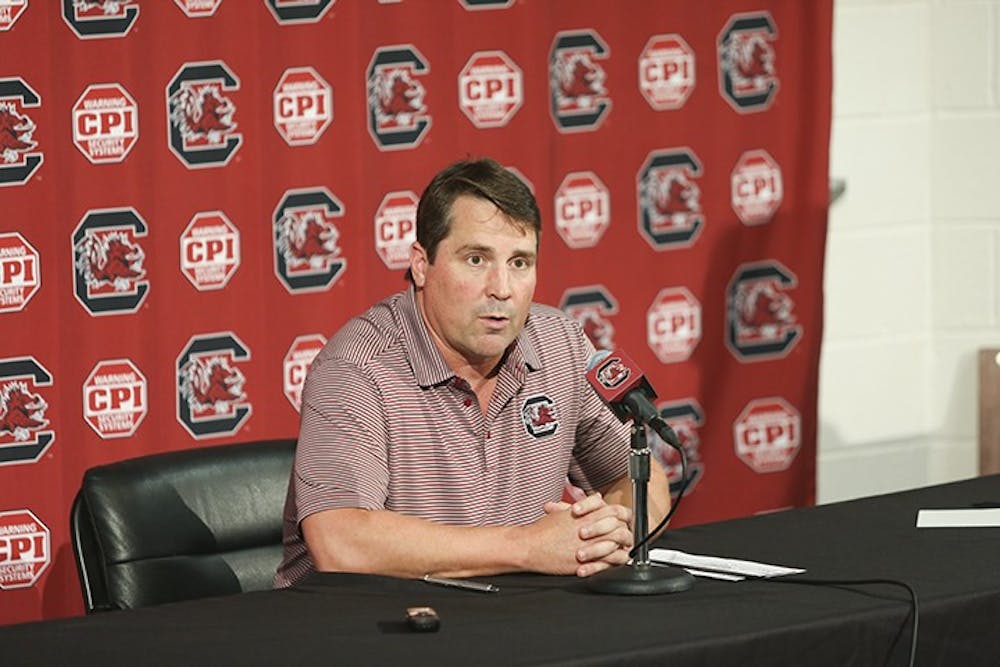 Jake Bentley's recent foot injury could be season-ending if he needs surgery. With this in mind, head coach Will Muschamp confirmed freshman Ryan Hilinski as South Carolina's starting quarterback against Charleston Southern on Saturday.

"[Bentley] will be out for an extended period of time; he's still under medical evaluation," Muschamp said at Tuesday afternoon's press conference.

Muschamp also said Bentley wants to be in the meetings, wants to be involved to help Hilinski and redshirt freshman Dakereon Joyner and to carry on as a leader.

Starting quarterback Hilinski had been competing with Joyner for the backup spot behind Bentley.

"I got all the confidence in the world he's going to do an outstanding job," Muschamp said.

Hilinski was ranked the No. 2 pro-style quarterback in the country and No. 64 overall player out of high school by 247Sports. He concluded his high school career with 8,102 passing yards and 85 total touchdowns.

Joyner had some time in last Saturday's game as receiver but will now step in as second string quarterback.

Ortre Smith and Randrecous Davis are expected to play Saturday, per Muschamp, as they worked out with medical staff Tuesday.

"Man down, man up, that's our mentality" is the way Muschamp summarized how they are moving forward with the loss of Bentley.

Muschamp addressed what they have to do to win after their 24-20 loss to North Carolina in Charlotte.

"[We have to] practice the right way, prepare the right way, to have the confidence to play better in the next ball game, and that's what we plan on doing," Muschamp said.

CSU has an 0-1 record, as they lost to Furman 46-13. Jack Chambers, redshirt sophomore starting quarterback for CSU, threw 192 yards against the Paladins.

If South Carolina has a win over Charleston Southern this Saturday, it would give the Gamecocks their 32nd win in their last 41 games against non-conference opponents.

Charleston Southern has a total of 185 rushing yards, while the Gamecocks had 128 in Week 1.

Due to Hurricane Dorian shutting down Charleston Southern for the week, Muschamp said the Buccaneers are staying in Charlotte and bussing to Columbia every day for practice.

The Gamecocks and Buccaneers are set to matchup for the first time ever at noon on Saturday. The game can be viewed on SEC Network.