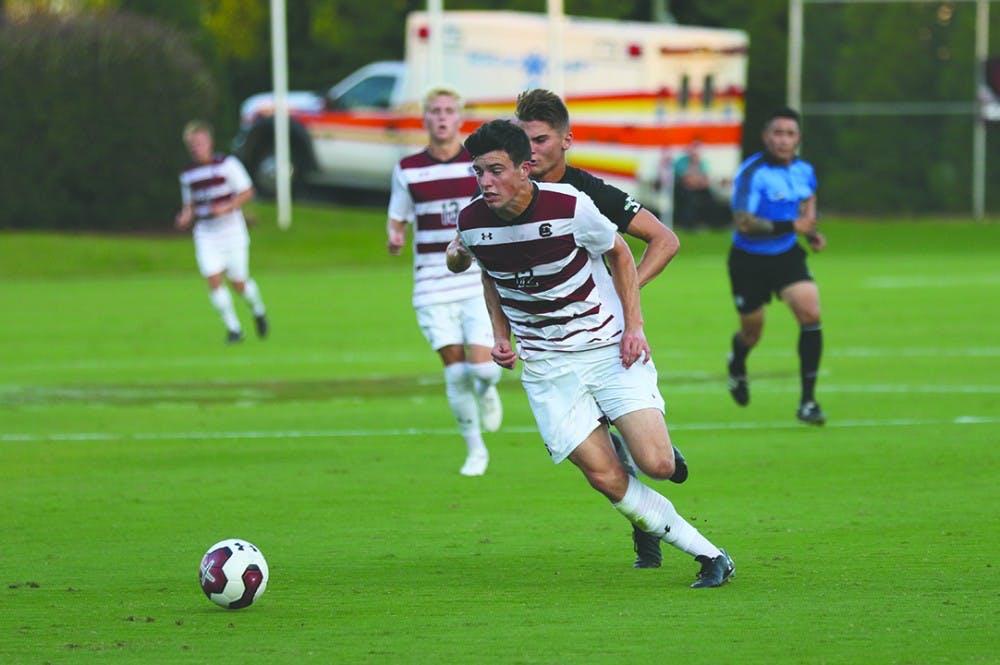 Banahan was his team’s captain in 2018 and led the team in scoring in his last two seasons. Banahan was also a two-time first team All-State selection and won three consecutive Kentucky State Cups with Lexington FC.

Given all of these experiences in Kentucky, Banahan said he is excited for the start of his freshman season on head coach Mark Berson’s team.

Banahan noted a difference between playing soccer in Kentucky versus playing in South Carolina.

“The level and speed of play — overall, everything — is so much faster in college,” Banahan told The Daily Gamecock. “It’s a whole 'nother step up, so you have to get used to that really quickly, especially if you’re playing as a freshman.”

“I love the way he plays,” Banahan said. “And he scores a lot of goals, so I want to be like him.”

Adjusting to a new life, new place and new people comes with every college freshman’s experience. It’s even more unique for student athletes, as they get to know their teammates and coaches.

Banahan said the team has been the best part about his college experience so far.

“I think we all blended together really early, and we’re all close-knit now,” Banahan said. “The first time I came to campus and got to know the coaches and the team, I knew that I wanted to go to school here.”

Banahan has seen early success in his South Carolina career, as he scored a four goals in preseason exhibition games.

After a slow start in the first half of a preseason game against nationally-ranked Duke, Banahan began the second half with a goal in the 57th minute. Nine minutes later, Banahan scored another goal to tie the score 2-2. Neither team scored again, and the Gamecocks and Blue Devils ended in a tie.

Banahan also scored twice in a dominating win over in-state opponent Wofford. He added goals in the 70th and 77th minutes to help the Gamecocks to a 7-1 win over the Terriers.

In South Carolina’s first regular season home game against Gardner-Webb on Tuesday night, Bahanan scored a penalty-kick, tying the game in the 79th minute. This eventually led to an overtime game-winner for South Carolina.

All five of Banahan’s goals in the preseason and regular season have come in the second half.

“It was unbelievable, especially just scoring the first game of my college career,” Banahan said after the win over Gardner-Webb on Tuesday night. “It’s really something special, especially scoring at home in front of all of our great fans. That’s something I’ll never forget.”

Banahan is confident in his teammates moving forward in the 2019 season, which is also Berson’s 42nd season.

“I think it’s really strong,” Banahan said of the team’s chemistry. “Obviously a couple of our guys are injured right now, and we have a young team. But all the older guys are always looking out and trying to give advice to all of us younger guys, so I think we have really good chemistry.”