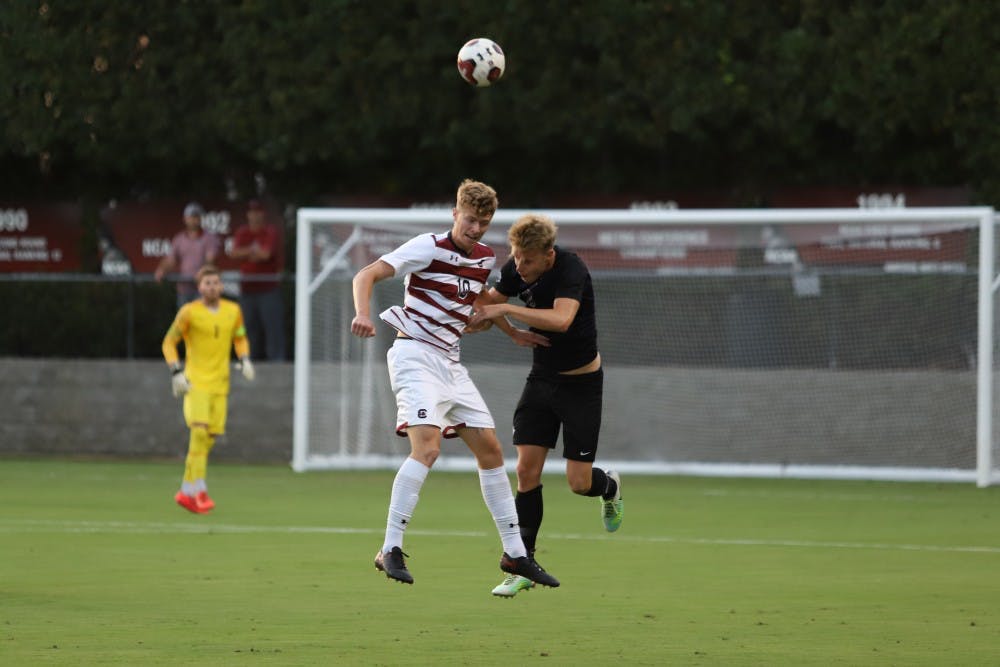 After a tough loss to Marshall Saturday, the Gamecocks returned home to face the Furman Paladins (4-1-1).

"This win belongs to so many players and assistant coaches throughout many, many years," head coach Mark Berson said in a press release. "It belongs to the athletic directors who built facilities for us and enabled our program to be sustained and to do well."

Coming into the match, the Gamecocks led the overall series with the Paladins 20-9-5.

The Gamecocks, coming off of three extra time wins in their last home matchups, found success in regulation for the first time in a while.

Two goals were eventually scored for South Carolina late in the first half. The game-winner was secured in the 75th minute.

With this victory, the Gamecocks remain undefeated at home this season.

Senior forward Tucker Monheimer had yet another successful game Wednesday night, scoring one goal in the first half and a game-winner in the second. Monheimer scored two game-winners in extra time matches last week.

Luca Mayr returned to play tonight, coming off of an injury, and was quick to get right back in the groove, first with an assist to Monheimer that resulted in the first goal of the match.

Mayr then scored off a penalty kick in the 43rd minute. This brought the score to 2-0 in South Carolina's favor.

Berson and the Gamecocks have now reached 500 wins as a program.

"The fan base here in Columbia and in the state and from the university has been outstanding through the years. It's sort of a community owned milestone," Berson said.

After just six more wins, Berson will be third all-time in victories. He is also 32 wins away from tying the all-time wins record.

The Gamecocks will travel to Orlando for their next match against No. 13 UCF on Sunday, Sept. 22.

The last matchup between these two teams was in 2016, when the Gamecocks won 2-1 at home.

South Carolina holds a (6-0-3) record over the Knights in their last ten matchups and leads the overall series (8-0-4).

Kickoff for South Carolina vs. UCF is set for 6 p.m. Sunday.