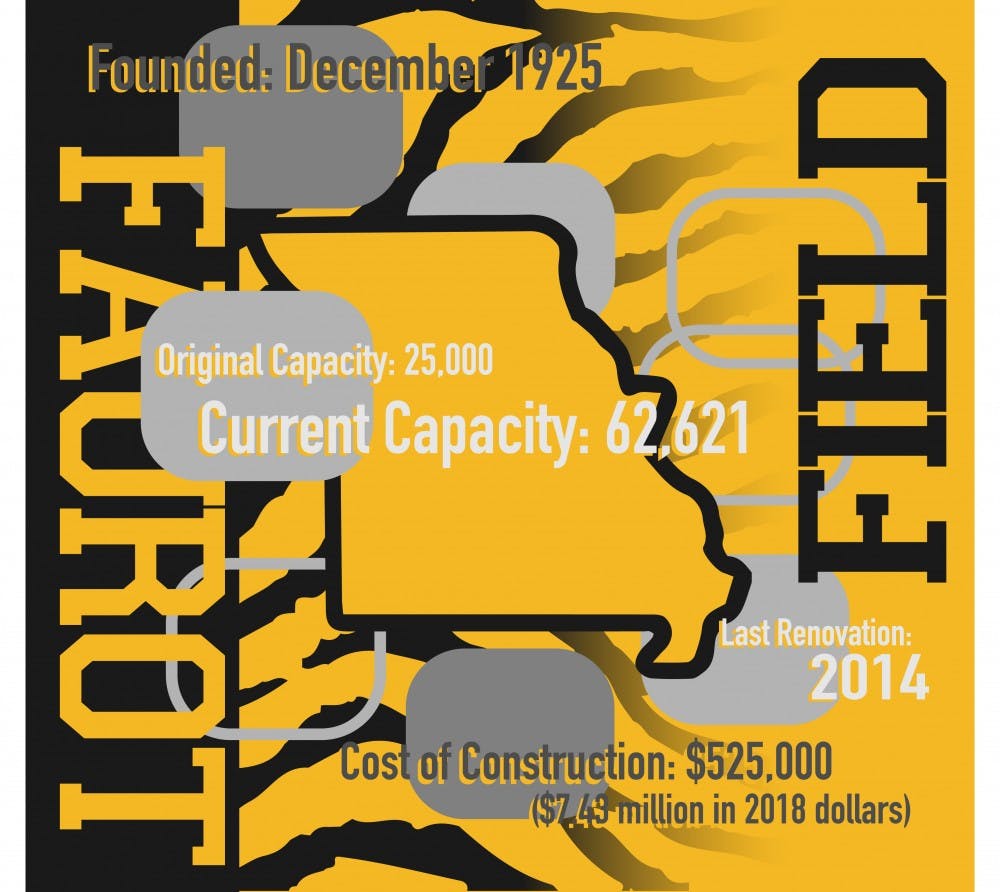 From one Columbia to another: A Gamecock's travel guide for Missouri football

On Sept. 21,  South Carolina and Missouri will compete for the Mayor's Cup. However, this year’s game will not take place in the Columbia that Gamecock fans know and love but in another Columbia — more specifically, Columbia, Missouri, home of the Mizzou Tigers.

This will be the fourth time in school history the Gamecocks will meet the Tigers in their home stadium of Faurot Field at Memorial Stadium since 2013, which was Missouri’s second season in the Southeastern Conference.

For a lot of fans, this might be the first time they will make the trip to the University of Missouri's campus, and with this travel guide, Gamecock fans will have some help preparing.

Now, this is definitely a bigger road trip than most South Carolina fans are accustomed to with Georgia being about a three-hour car drive from Williams-Brice Stadium and Tennessee being over four hours.

However, if Gamecock fans elect to make the voyage to the Midwest to catch South Carolina play the Tigers at Faurot Field, they’ll have to endure a car ride of about 13 hours, or they might choose to fly to Missouri.

If fans are willing to spend a little bit more on their plane ticket, they might also choose to book a flight to the Columbia Regional Airport, which is only a 19-minute drive to the Tigers' home stadium.

One top-rated restaurant in the area is a cash-only billiards hall called Booches. This restaurant is known for its top-of-the-line burgers and beer and was even ranked No. 1 on Sports Illustrated’s Top College Town Eats.

Another restaurant popular with the locals is The Heidelberg, right on the University of Missouri campus. Founded in 1963, the ‘Berg’ is known for its fried pork loin and its German potato salad.

Additionally, if fans are looking to stay in Missouri for an extra day, The Heidelberg also features “Sunday Brunch Buffet” which includes breakfast items such as omelets, scrambled eggs and waffles.

If fans visiting Columbia, Missouri for Saturday’s game on Sept. 21 are looking to experience another SEC tailgate, they might decide to go to a few of the popular tailgating spots near Faurot Field.

One of these tailgating lots is just 50-feet away from the home of the Tigers; however, these spots must be reserved. Two other tailgate spots are Southwest neighborhood and Stankowski Field, which is a 15-minute walk from the stadium.

These tailgating spots are also a plus for early birds as site setup for tailgating starts at 9 a.m. CDT, Missouri's time zone.

The University of Missouri has six on-campus parking garages available free to fans on game day.

If fans are willing to pay a little extra on their trip, they can head to Parking Structure No. 7 on the corner of Monk Drive and Virginia Avenue for $30.

Columbia also provides city transit from downtown Columbia to Faurot Field on two bus routes and has four other bus routes from major hotels that visiting fans might stay at.

The bus fares cost $1.50 each way and only take exact change.

Also, if fans are to enjoy an adult beverage during the game, Faurot Field started selling alcohol at its games for the 2019 season. Wine will cost fans $7, while beer and hard seltzer will cost $8 and $9.

Editor’s note: Special thanks to Emily Leiker of The Maneater for her help providing information for this travel guide.