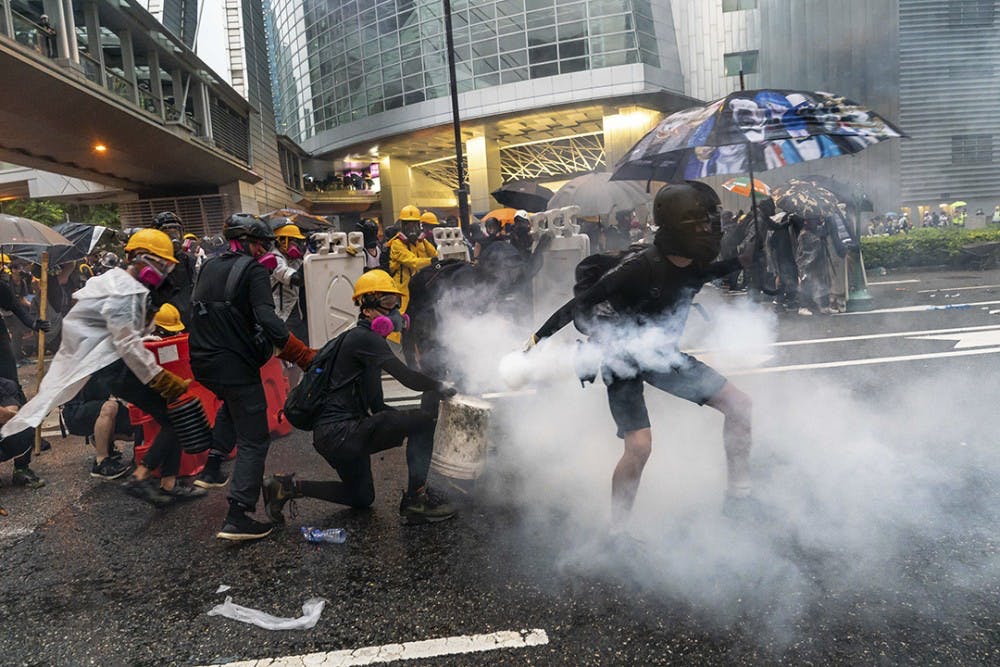 In 1776, the United States put out the Declaration of Independence which outlined the core values for the newly formed nation: life, liberty and the pursuit of happiness. Later, when the United States Constitution was outlined, it included several key rights in the First Amendment to the Constitution – namely the right to free speech and peaceful assembly. These values are central to the rights Americans have enjoyed since the advent of our new nation and have become part of our national identity abroad.

The United States, with these deeply entrenched ideas of peaceful assembly and free speech, should be supporting Hong Kong while protesters utilize their free speech and peacefully protest in order to preserve their liberty.

Hong Kong has always been a unique case when it came to Asian foreign policy. After the First Opium War was fought between China and the United Kingdom, the United Kingdom had held onto the area from 1841 until 1997, when it was finally returned to China. During this time, when mainland China became communist in 1949, Hong Kong remained capitalist and acted as a hub for trade and economic development in the area. In 1984, when the treaty granting Hong Kong’s control to the United Kingdom was set to expire, an agreement was made between British Prime Minister, Margaret Thatcher and China’s premier, Zhao Ziyang, who said that China would grant Hong Kong additional political and social freedom through a “one country, two systems” policy which would last for 50 years.

Unfortunately, this “one country, two systems” policy is being encroached upon by the Chinese, especially in recent years. Once China regained control of Hong Kong, it made it clear that residents of Hong Kong would not directly elect their leaders but rather use an elections committee, similar to the United States’ electoral college. After 2014, Hong Kong’s elections were based on a list of candidates drafted by Beijing. These encroachments, some of many undertaken by the Chinese, have visible consequences for the residents of Hong Kong who enjoy “partial freedom”, according to Freedom House.

Now, the problem and the reason for all of these protests, is that Chinese policies, like the extradition policy outlined by Hong Kong’s chief administrator Carrie Lam, are making their way into Hong Kong’s laws even though Hong Kong follows its own Basic Law rather than Chinese law. The extradition bill, although it has been withdrawn from the legislature, would have allowed Hong Kong to extradite its residents to face prosecution in China’s court system. This is concerning because this allows China to force Hong Kong into sending political dissidents and non-compliant journalists to be prosecuted in mainland China.

Following these initial protests, Hong Kong opted to use a heavy-handed police response to the protesters, so the protesters increased their demands to include police accountability and increased protections for Hong Kong’s democracy. Protests have been going on for the past 14 weeks and there have been small flashes of violence – protesters setting fires or throwing bricks and firebombs have been met with tear gas, rubber bullets and warning shots.

Despite this very controversial and significant movement, many countries haven't done more to help protesters other than making statements. President Trump has only commented neutrally on the issue, despite bipartisan support from other politicians calling for the defense of freedom and democracy, saying “The Hong Kong thing is a very tough situation. Very tough. We’ll see what happens. But I’m sure it’ll work out. I hope it works out for everybody, including China. I hope it works out peacefully.”

These platitudes, although they sound nice, do little to defend the freedom America bends over backwards for. The United States should be doing more to stand up to China in order to defend Hong Kong and its independence. Even making a statement outside of just “I hope it works out for everybody” would be helpful in encouraging the protesters to advocate for Hong Kong’s independence and autonomy. Making a broader, impactful statement with an actual stance would encourage other pro-democracy countries to follow along and offer assistance as well.

This issue of Hong Kong’s relative independence, which it is supposed to maintain until the end of the “one country, two systems” agreement, will not be going away any time soon. China is still supposed to recognize Hong Kong’s Basic Law until 2047, but whether it will is unclear. The United States should be there to defend Hong Kong and its autonomy as a beacon of freedom in the world.