Opinion: Joe Biden should not be the 2020 democratic nominee 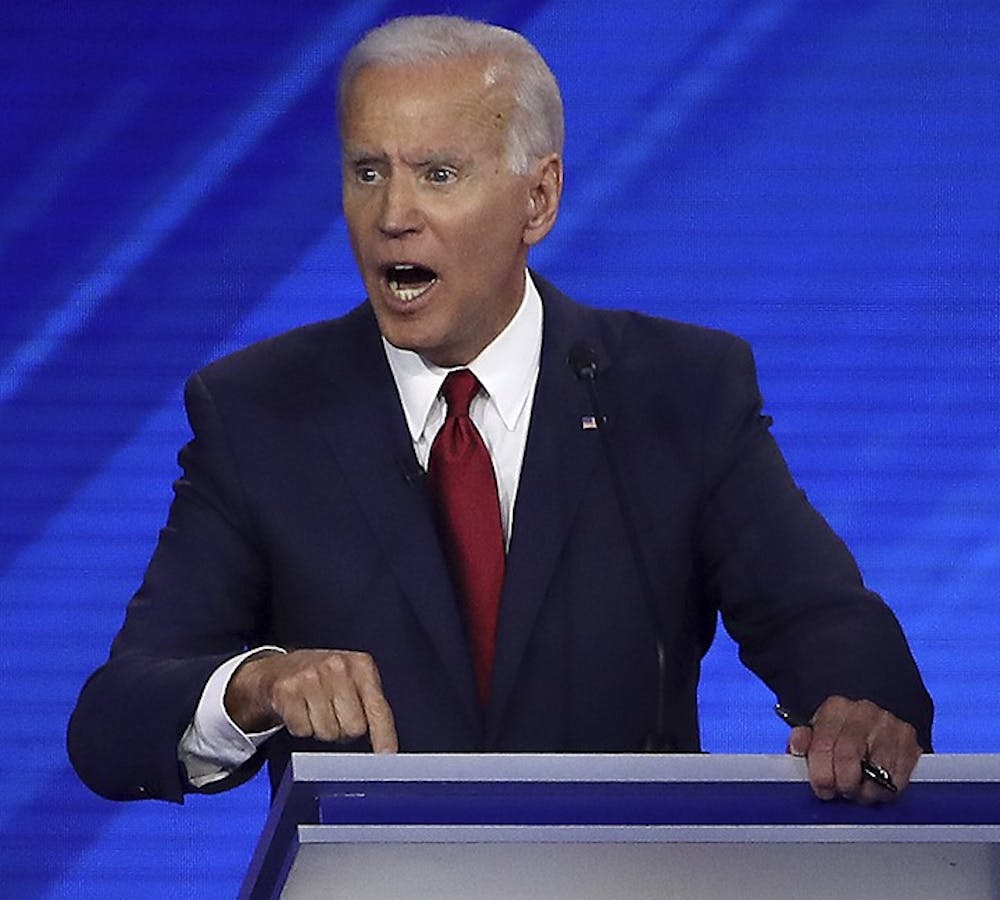 Joe Biden is a candidate for another day and another time.

Joe Biden is a moderate, center-left Democrat’s wet dream. He was the vice president under former President Barack Obama, a historic and important presidency, and has been a champion for moderate left-leaning policies since he was first elected to the United States Senate at the age of 29. He has been flagged in dozens of polls as being the front runner in the 2020 race, even before his campaign officially began.

But Biden is not the candidate who should be facing President Donald Trump in his re-election campaign.

The September Democratic debate makes it clear Biden has been a career politician and makes rookie mistakes on stage. Now, some grace has to be given because public speaking is difficult. But saying you are currently the vice president of the United States versus saying you were the vice president is a significant, albeit understandable, mishap.

This wasn’t the only mistake Biden made while on stage. Biden failed to comment on the Obama administration’s historic number of deportations of immigrants, dodging the question with obvious disdain and without any semblance of political savvy or subtlety. And then, when discussing his health care plan, candidate Julian Castro asked him “Are you forgetting what you said two minutes ago?” when apparently seeming to shift his position within moments of laying it out. Although considered to be underhanded by some critics, the attacks Castro lobbed at Biden are small relative to the onslaught Biden would be facing if he were to eventually go head-to-head against President Trump, who is notorious for such attacks.

These mistakes were just the ones made in the September debate. Biden has had several spoken faux pas, including forgetting what state he was in at the time, when certain events in American history occurred and calling President Trump “Donald Hump”. These errors seem minor but make a difference in the image of a candidate when media looks for quotable “sound bites” to discuss and dissect, making Biden an easier and easier target as the primary and potential face-off between him and President Trump draws closer.

Although the former vice president spoke the most in the third debate with about 3,300 words, Biden’s share of potential voters went down from 55.8% to 56.6%, which allows him a lead over his challengers, but a lead which is shrinking as the field of candidates shrinks. Additionally, FiveThirtyEight also showed a decrease in Biden’s net favorability among Democratic primary voters from +45.7 to +45.5.

But America’s quick support of Biden is slowly starting to dwindle as voters look and then look again at the field of candidates. And once the primary is over, Biden’s small errors could potentially dissuade moderate, independent or new voters over concerns of his mental fitness and ability to represent the United States in foreign affairs.

Biden should not receive the nomination because he is a candidate whose image and speaking ability is lackluster, and if the Democratic Party wants to replace Trump in 2020, they need a candidate who is eloquent and not a wild card when it comes to statements and speeches.