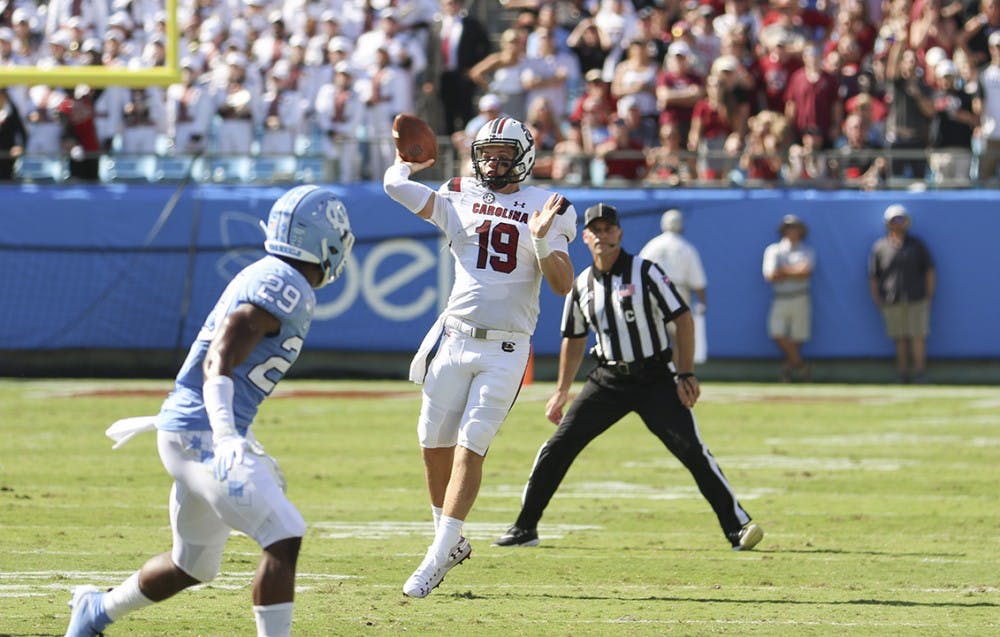 Bentley out at least six weeks due to injury, Hilinski named starting quarterback

By Matthew Edwards, and Cam Adams

South Carolina freshman quarterback Ryan Hilinski has been announced as the starting quarterback for this Saturday’s game against Charleston Southern.

This came after the news that senior quarterback Jake Bentley will miss at least six weeks with an injured foot, according to WACH Fox reporter Mike Uva.

Bentley started his senior season against North Carolina completing 16-of-30 passes for 142 yards.

Bentley has only missed one game in his South Carolina career as starting quarterback. That came against Missouri last season, as Michael Scarnecchia took over and led South Carolina to a 37-35 win over the Tigers.

Hilinski is part of the 2019 recruiting class and is a four-star pro-style quarterback out of Orange, California. He previously won the backup quarterback spot over Dakereon Joyner over the summer.

Please stay tuned, as this story will be updated with quotes.