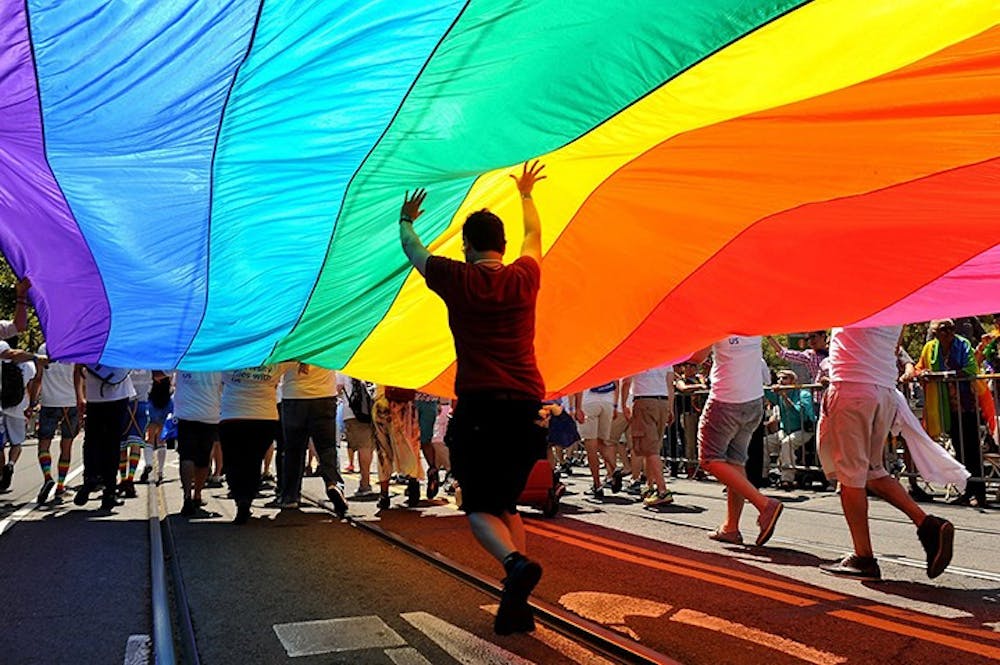 Growing up, the only type of relationships I saw on television were that of stereotypically “perfect” heterosexual couples. Not only this, but the characters would almost always fit perfectly into the mold of femininity or masculinity that society has placed on us for years.

As I got older, I genuinely started to wonder why I wasn’t seeing more LGBTQ+ characters like me or my friends. Although, as Netflix became increasingly popular, I noticed that things were beginning to change. Cable television shows have been slowly decreasing in popularity, and part of the reason could be that there is a lack of representation which web television shows seem to be making up for.

Major broadcast networks like ABC, CBS and NBC used to have massive television shows like "Friends," "The Big Bang Theory," "Roseanne," "Once Upon a Time" and more. Now, these channels mostly only have one or two shows that are moderately popular, many of which I often do not even hear of.

"Orange Is the New Black" was surprising to many when it came out because television had been lacking LGBTQ+ representation for so long. Streaming services like Netflix do not have the restrictions that cable television shows do and they have enough financial backing to fund LGBTQ+ storytelling without having to worry about cancellation. This is why those in Generation X and millennials have stuck around for these shows.

One of my personal favorites that was released this year on Amazon Prime Video is "Good Omens." The largely unrepresented non-binary community — those who do not identify as male or female exclusively — is represented in the show.

"Good Omens" has multiple characters who do not fall under the standard gender binary, including one of the horsemen of the apocalypse Pollution, the angel Michael and God, who are all portrayed by female actors but are often referred to with he/him pronouns historically. Crowley, played by David Tennant, often uses the pronouns he/him, but still comfortably switches gender presentations. Aziraphale, played by Michael Sheen, represents those in the non-binary community who more often present as one gender but are not any less valid.

Shows like "Good Omens" are slowly bringing to light the full LGBTQ+ community outside of just gay and lesbian characters. The gender presentation in "Good Omens" shows that those of us who are a part of the LGBTQ+ community are just like everyone else. This is what streaming services have been doing right for years now. Representation as seen in "Good Omens" and "Orange Is The New Black" is tremendously important for the future of humanity and bringing the world to a place where we are not afraid to be exactly who we are.

This is truly why cable television has been declining in popularity, especially with younger generations. Cable shows are reluctant to feature characters who identify outside the standard heterosexual, cisgender, gender binary world for fear of backlash from older generations. Streaming services will continue to thrive as they consistently release shows that represent the whole of humanity instead of staying in the safe realm that cable television has been in for too long.