Wildcats visit Williams-Brice: What to watch for in matchup against Kentucky 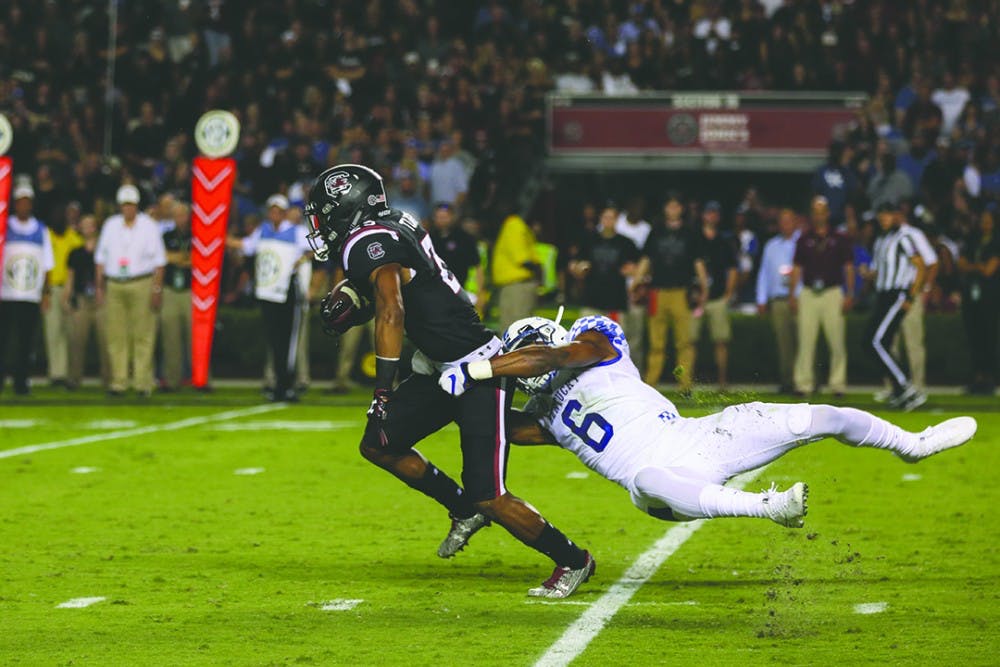 The South Carolina Gamecocks return to Williams-Brice Stadium to face an SEC East foe, the Kentucky Wildcats. Both teams seek to pick up a valuable divisional win in this matchup.

The Gamecocks have not defeated the Wildcats since 2013. They will attempt to snap the five-game losing streak in this contest. Here are a few things to watch for:

Junior quarterback Terry Wilson has been ruled out for the season with a torn patellar tendon, so fellow junior Sawyer Smith has taken over the quarterback position for the Wildcats.

In his first start of the season, Smith led the Wildcats' offense against the ninth-ranked Florida Gators. He threw for 267 yards, two touchdowns and three interceptions in a 29-21 loss to the Gators.

The Gamecock's young secondary will look to take advantage of the young quarterback and create turnovers. Smith will need to protect the football for the Wildcats to have success.

Kentucky's defensive line accounted for seven sacks through the matchup against Florida, one of which ended the year for quarterback Feleipe Franks in gruesome fashion.

The Gamecocks' offensive line will have to rely on the veteran leadership of senior offensive lineman Donnell Stanley and come together to protect freshman quarterback Ryan Hilinski from turnovers, similar to Alabama linebacker Anfernee Jennings' strip-sack in the 47-23 victory for the Crimson Tide. The offensive line for South Carolina will be key to its offensive success.

If the Gamecocks can protect Hilinski and open up running lanes for the running backs, then the team has a good shot of coming out of the game on top, but they will have to contain the Wildcats' defensive line.

South Carolina senior Bryan Edwards is the unquestioned leader of South Carolina's wide receivers, and his leadership will be key to making the group consistent.

While the group has made some incredible plays, such as Shi Smith's touchdown grab in between two defenders against Alabama, they have also dropped quite a few catchable balls throughout the young season.

Edwards has shown he can be an electric playmaker, posting 846 yards and seven touchdowns in 2018, but he has also had his fair share of problems holding onto the football.

Edwards' ability to bring out the best from the receivers will be essential in the development of Hilinski and could be a key factor in the game against Kentucky.

While Edwards has been the Gamecocks' No. 1 target in the passing game, Ahmad Wagner of Kentucky has emerged as the Wildcats' top target.

The senior wide receiver from Huber Heights, Ohio went for 70 yards and a touchdown against No. 9 Florida. Wagner will be key in Kentucky's attempt to stretch out the Gamecocks' secondary with a pro-style approach and Sawyer Smith under center.

The battle between the Gamecocks and Wildcats will kickoff at 7:30 p.m. at Williams-Brice Stadium and can be seen on SEC Network.