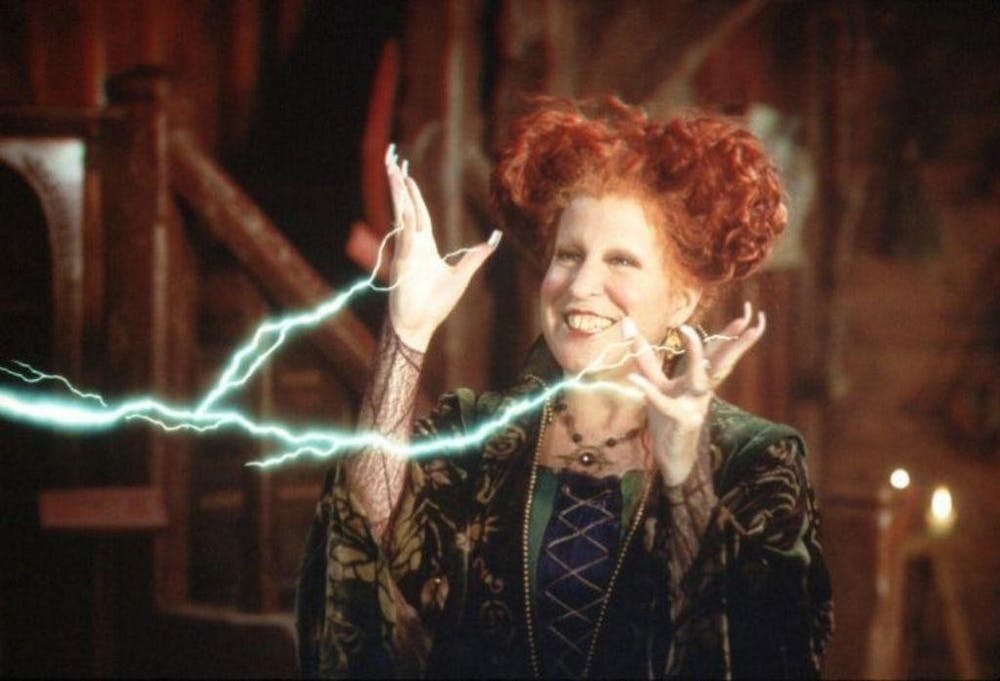 Opinion: 31 days of Halloween is lacking

As October comes to an end, a critical review of Freeform’s 31 Nights of Halloween was long overdue.

The network, which switched its name from ABC Family in early 2016, has been seriously lacking in its Halloween programming schedule. Since it decided to ramp up its showings of “Hocus Pocus” from 10 to 19 in 2017, the network has made some very interesting choices in its Halloween movie selections.

Its tradition of displaying Halloween movies during the month of October began in 1998, making this its 21st anniversary of the broadcast.

Perhaps my biggest issue with the programming is that the network changed its block from 13 nights to 31 nights last year, and, as you might have guessed, this increased the repetitive movie showings by a lot.

USA Today reported that out of Freeform’s 31 nights, “Hocus Pocus” will have been aired a “record 27 times.”

Additionally, many Potterheads might be wondering why Freeform’s standard “Harry Potter” marathons have yet to grace their screens this season. Unfortunately, Freeform lost the legal rights to play the movies back in 2018.

The days of Freeform showing a variety of nostalgic flicks such as “The Goonies,” chilling films such as “The Sixth Sense” and cult classics such as “Beetlejuice” seem to be on their way out.

Movies that have no relation to Halloween, or any festive-themed elements at all, such as “Moana," “Mrs. Doubtfire” and “Finding Nemo,” were included in this year’s lineup. At least when “The Twilight Saga: Breaking Dawn — Part 2” was shown in the 2017 lineup, it somewhat related to Halloween.

Freeform was probably unable to get the exclusive rights for favorites such as “Halloweentown,” but if that is the case, why stretch your limit? Instead, the network should have returned to 13 nights to give a more spaced out and diverse schedule by having less nights to channel these movies. This way, certain Halloween movies (I’m looking at you, “Hocus Pocus”) wouldn’t be run into the ground.

Freeform changed its brand name to hone in on its older audience and escape the “family-friendly” persona, yet has chosen to play more family-oriented movies than scary movies during the month of October. As The Michigan Daily points out, this defeats “the purpose of switching over to Freeform in the first place.”

Ironically, Syfy’s 31 Days of Halloween lineup had a wide range of movie selections stretched out across the month, including the “Harry Potter” movies.

Next year, Freeform should take a page out of Syfy’s book and throw in some actually scary movies. If the channel supposedly targets 14-34 year olds, why hasn’t Freeform delivered on its promises of reinvention and age-appropriate content during its holiday specials, too?

Sadly, the spookiest thing about this year’s 31 Nights of Halloween was how much it aired "Hocus Pocus."