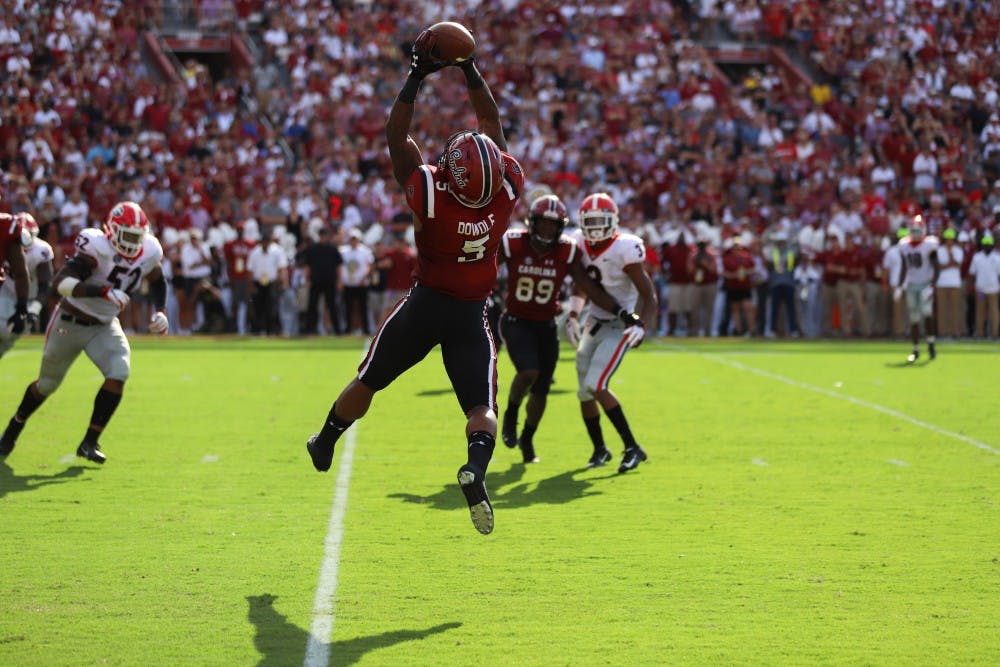 Georgia has won the last four matchups between the Gamecocks and the Bulldogs and has absolutely dominated the Gamecocks, putting up an average of 36 points each of the four games and an average 21-point margin of victory.

This Saturday, the South Carolina football team is looking to end another losing streak to an SEC foe. This time, it’s on the road against the Georgia Bulldogs.

The last time the Gamecocks beat the Bulldogs was in 2014, when the team was led by then-head coach Steve Spurrier and quarterback Dylan Thompson.

Like all things, with time comes change, and this applies heavily to the Bulldogs. Georgia has re-emerged as a top-five, if not top-three, team over the past couple of years under head coach Kirby Smart and junior quarterback Jake Fromm.

Last season, Fromm threw for 2,749 yards and junior running back D’Andre Swift ran for just over 1,000 yards. Both have the athletic potential to do so again this season.

Stopping Fromm and Swift is going to be a major key to the game if the Gamecocks want to win Saturday, or even keep the game competitive. This is obviously easier said than done, as the Bulldogs are coming into the game undefeated. However, the South Carolina defense is coming off a big game against Kentucky, giving the defense a morale boost and some momentum heading into Athens.

The Gamecocks gave up 212 yards in total offense to Kentucky. Not only was that less total yards than Charleston Southern racked up against the Gamecock defense, it was also the fewest allowed by South Carolina since 2012.

Senior defensive end DJ Wonnum was a key factor in the Gamecocks' stellar defensive showcase against Kentucky. Wonnum earned SEC Defensive Player of the Week with his five solo tackles, career-high three sacks and a forced fumble. He’ll have to have an even better performance against Georgia to stop Fromm and Swift.

Another reason the defense played so well against Kentucky has a lot to do with senior punter Joseph Charlton. Like Wonnum, Charlton received SEC Special Team Player of the Week honors after pinning the Kentucky offense inside their own 20-yard line five out of the nine times he was called on to punt. A repeat of that will give the Gamecock defense some much needed breathing room against a Georgia offense loaded with firepower.

On the offensive side of things, South Carolina has to continue to establish the running game. The one-two punch of seniors Rico Dowdle and Tavien Feaster has proven to be lethal. Both logged over 100 rushing yards and totaled three touchdowns between them against Kentucky.

Feaster and Dowdle each need to have a good game in order for the Gamecock offense to be able to do anything against the Georgia defense. A good running game would also take some weight off freshman quarterback Ryan Hilinski's shoulders, leading to a well-rounded offensive attack.

This is going to be a tough game for the Gamecocks no matter what the game plan is. Athens, Georgia is one of the hardest environments to play college football in, and South Carolina will need everything to go its way to walk out of Sanford Stadium with a win.

Kickoff for the Gamecocks versus the Bulldogs is noon on Saturday. The game can be viewed on ESPN.