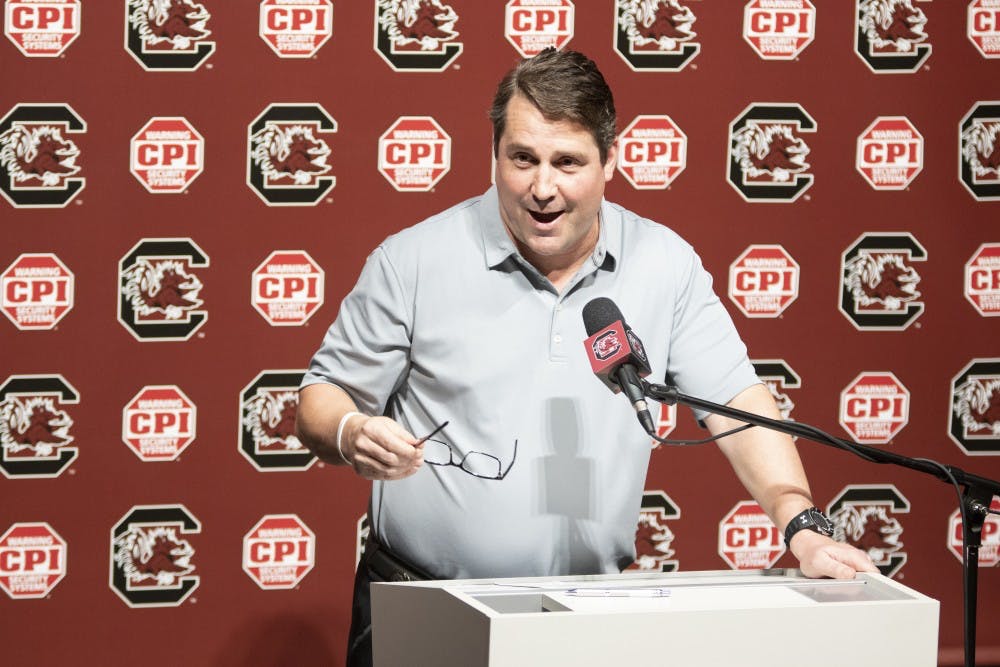 Kicking off in Knoxville: What to know as Gamecocks take on Tennessee

After a tough loss to Florida last weekend, South Carolina hopes to bounce back and continue its recent success against Tennessee this Saturday.

“We’ve got a lot of respect for University of Tennessee, their program and what Coach Pruitt’s doing," head coach Will Muschamp said at his weekly press conference Tuesday. "We need to expect another four-quarter game, and we certainly do."

Here’s what to know for this weekend’s matchup:

Tennessee leads the all-time series at 25-10-2, including a 16-3 record when facing the Gamecocks in Knoxville. However, South Carolina has won seven of the last 11 games from 2008-2018 and looks to continue a three-game win streak against the Volunteers.

Muschamp has a 7-0 record against Tennessee, including his 4-0 record during his tenure at Florida. These seven wins are Muschamp’s highest against any one opponent.

Tennessee's special teams have also been strong this season. Junior placekicker Brent Cimaglia’s 13 completed field goals are fifth most in the nation and lead the SEC. The Vols’ streak of 203 consecutive point after attempts is the second longest in the nation. Tennessee also leads nationally in limiting opponents' kickoff returns, allowing just three this season.

Rico Dowdle out with injury

Senior running back Rico Dowdle suffered a knee injury early and was taken out of last Saturday’s game against Florida. In Tuesday’s press conference, Muschamp said it was a sprain and surgery is not necessary, though Dowdle is unlikely to play this weekend.

In his place, the Gamecocks will look to senior running backs Mon Denson and Tavien Feaster.

Feaster put up his best career game against Florida after taking Dowdle’s place, with 25 rushes for 175 yards and one touchdown.

Muschamp had praise for Denson’s performance so far this season.

“He’s certainly been deserving, but another great example of a great teammate that has waited his turn and been very productive when he’s had his opportunities,” Muschamp said. “We’re extremely pleased with him and excited about him playing on Saturday. There’s no doubt about it: He’ll play well.”

What a win would mean for the Gamecocks

A victory this weekend would give South Carolina four-straight wins over Tennessee, setting a new school record win streak over the Vols.

After losing to Florida, South Carolina stands at 3-4 overall and 2-3 in SEC play on the season. Should the Gamecocks win this weekend, it will even up their record to a .500 win percentage in the SEC and overall.

The Gamecocks kick off against the Volunteers at Neyland Stadium 4 p.m. Saturday. The game will be aired on SEC Network.