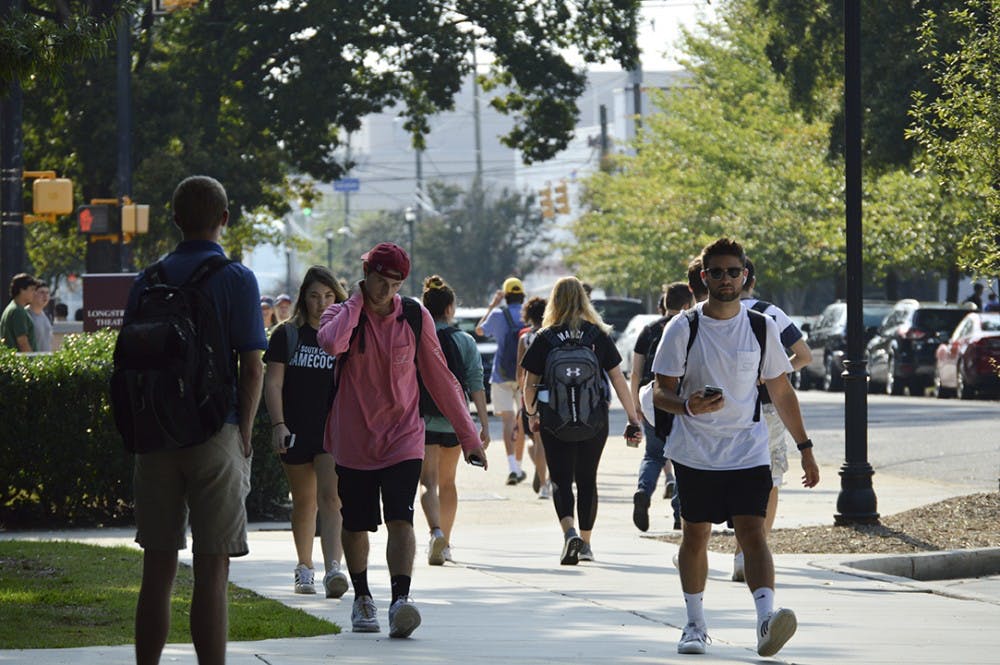 You may have never thought about it before, but walking in public seems to have a certain flow to it.

At the University of South Carolina, we have 34,795 students who all travel through campus each day, not to mention faculty and Columbia residents who also walk on campus. The student population is also growing, with the class of 2023 being the largest.

During orientation, one of the highlighted points was that over 10,000 unique students walk through Russell House each day. With all of these students on campus, it is odd to think there aren’t any rules to how people navigate campus.

The amount of people walking at one mile an hour is crazy. Most of these people don’t realize the line of people behind them, who are all in a rush to do their own separate things on or off campus. These “slow walkers” are typically on their phones, have their heads down and definitely look like they aren’t ready for the day.

Often students make awkward attempts to pass these students by pulling out their phone, slowly walking in front of the student, then immediately putting their phone away to walk at a faster pace. Then, the next student has to pass the “slow walker” and the student after that follows suit. If you haven’t noticed this on campus before, look more closely — it happens more than you think.

Some of the sidewalks on campus are narrow, forcing you to walk on the street or grass if you want to pass someone. Other areas on campus are crowded, trapping you in a web of people all going to separate places. During breaks between classes, areas in between Russell and Humanities have large flows of people going from class to class.

These areas should have natural flow, people walking at their own pace, able to pass others. However, it seems this doesn’t happen.

The AirPods takeover has also contributed to this.

Plenty of students wear AirPods and if they don’t wear AirPods, they wear some other type of earphones. While walking through campus can be dreadful without any type of headphones, there is also a large safety risk involved with wearing headphones. Plenty of students cross the streets without looking and have little sense of the environment around them. Because of this, students have awkward encounters with others, bumping into each other around corners simply because they can’t hear someone is coming around the other side.

While walking around campus may seem like a petty issue, the minor inconveniences into the day really set the mood for how we act toward each other. It isn’t likely that after being held up five minutes longer than planned, students would feel excited for class or even be able to pay attention for the entirety of a lecture.

Hopefully, the future renovations on campus will alleviate the stress and eliminate some of these inconveniences.