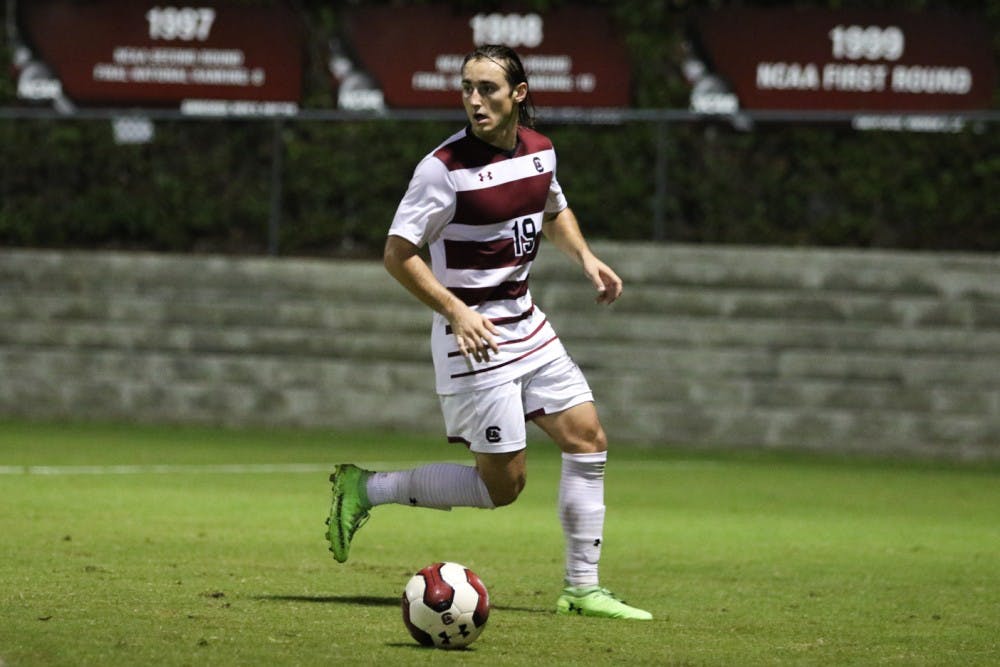 Head coach Mark Berson said he thought very highly of his team’s performance throughout the game.

“We made a really critical error ... and kinda gave [Florida Atlantic] a goal," Berson said. "Things like that are going to happen from time to time. But the guys didn’t hang their heads. They fought back and not only got the equalizer, but they got the winner, which was good.”

After 29 minutes of action, Florida Atlantic’s Ivan Mykhailenko scored the first goal of the night between the two teams. For the junior forward from Ukraine, this was his fourth on the year.

Seven minutes after the Owls got on the scoreboard, South Carolina struck back to tie the game at one. On the play, senior Luca Mayr scored his second goal this season with a key assist coming from Andrew Halloran, his first of 2019.

Heading into the second half, the Gamecocks looked to take control in this matchup and come out with a victory. The team got off to a great start in the 52nd minute as they took the lead for the first time Sunday night.

“It was a great feeling. It’s kind of a long time coming, but [I have to] keep working, head down,” Halloran said after collecting his first goal and assist of the year.

With the victory, South Carolina earns its first win in Conference USA action, while Florida Atlantic remains winless. In addition, they remain in contention for a spot in the upcoming conference tournament, which begins on Nov. 13.

Up next for the team will be a game on Wednesday against Jacksonville (4-5-2). The Dolphins are currently on a losing streak that stands at three games and will be looking for their first win since Oct 1. The action starts at 7 p.m. Wednesday at Stone Stadium.