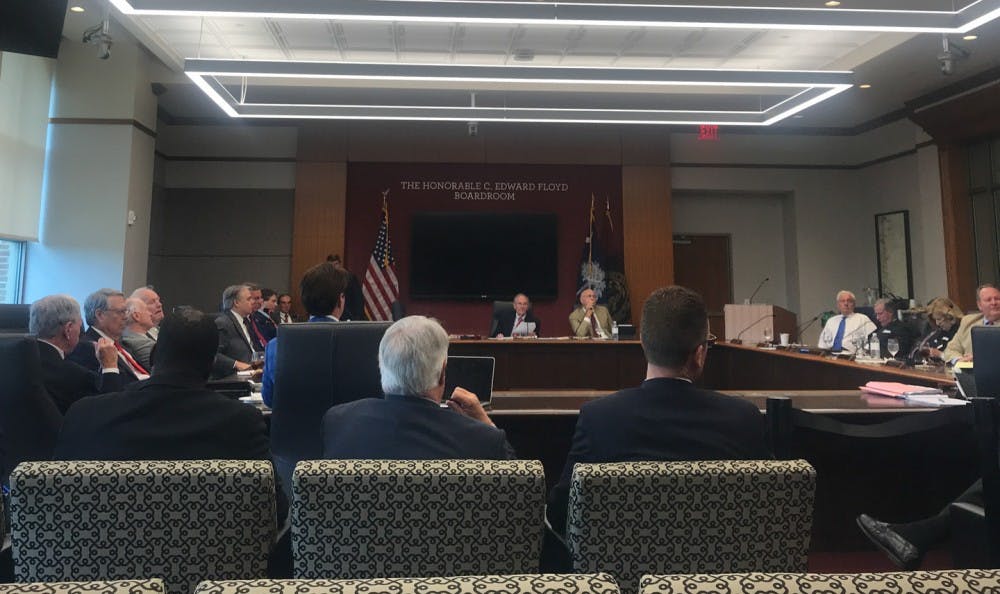 The board of trustees' selection of President Bob Caslen will be reviewed by the Southern Association of Colleges and Schools Commission on Colleges (SACS) and a South Carolina Senate Select Committee.

President Bob Caslen was selected as the successor to former university president Harris Pastides in mid-July after a vote meeting was postponed when a judge placed a temporary injunction on it. The meeting was postponed because it violated a state law which requires a five-day written and verbal communication prior to a meeting.

SACS decided to conduct a formal review into the mid-July selection of Caslen. SACS president Belle Wheelan sent a letter to Caslen and John von Lehe, the board of trustees chairman, to inform them of the commission's review of possible "undue influence" in the selection process.

"The SACSCOC Board of Trustees will review possible non-compliance issues with our Standards at their December board meeting," Wheelan said in an email to The Daily Gamecock.

USC also released a statement claiming to work with SACS during the review process.

"The University of South Carolina and its Board of Trustees will continue to work with the Southern Association of Colleges and School (SACS) in its examination of the presidential search process. Our institution is committed to SACS’ Principles of Accreditation, good governance and continuous improvement. In that spirit, we have enlisted the Association of Governing Boards of Universities and Colleges (AGB) to review our Board policies and practices. The Board will use the findings and recommendations from the AGB consulting team to strengthen board governance practices," USC spokesman Jeff Stensland said in an email to The Daily Gamecock.

Peeler discussed efforts to restructure the board of trustees and his opposition to the search process in late August.

“It was embarrassing they way they did it,” Peeler said of this summer's presidential search, according to The State.

When Caslen was selected, Gregory tweeted to those who were protesting against the selection, criticizing coverage from media outlets.

"USC protesters - Never has so much coverage been given to so few ppl w/ so unjustifiable complaints," Gregory said in a Tweet.

Jackson was a part of a press conference held a week prior to the selection, calling the voting process “egregious.”

He also questioned Caslen's ability to serve as USC's president with opposition from members in the general assembly.

“I don’t see how you could, in good conscience, come to a state and to a university where members of the general assembly are adamantly opposed to the process that is selecting you,” Jackson said.

This story was edited on Oct. 8, 2019 to include comment from both SACS and the University of South Carolina.