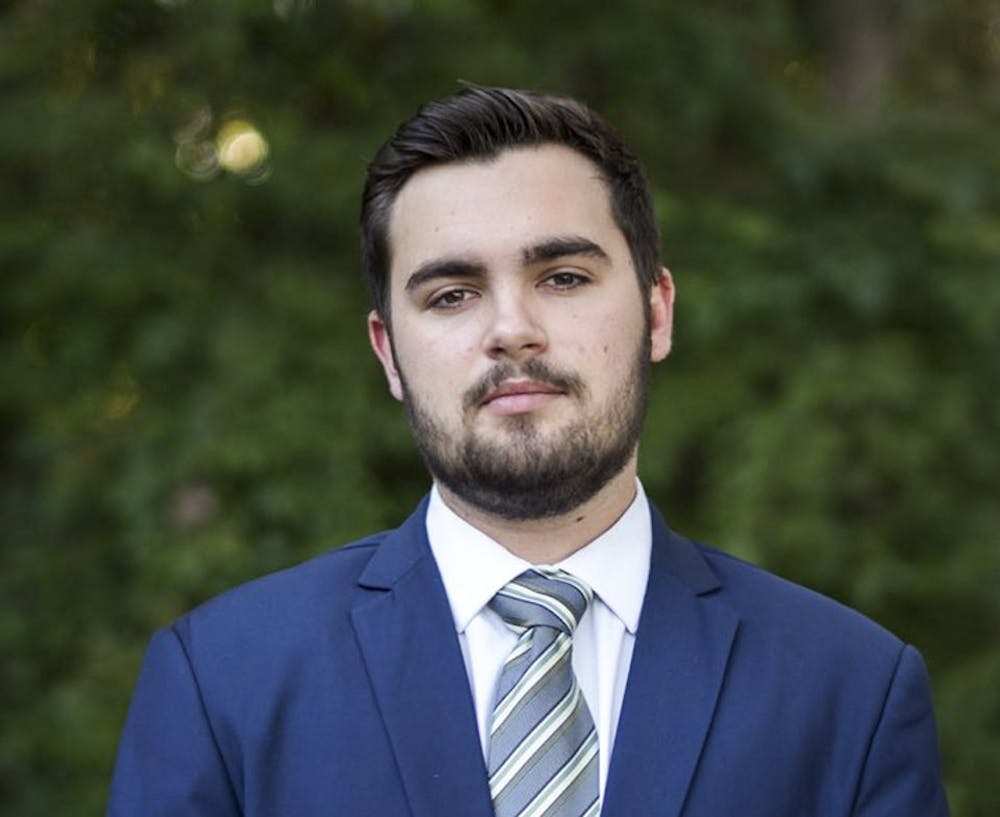 Q: What is your prediction for the game and why?

A: I think the Gators will win the game. Their defense shut down a solid Auburn offense entirely, and their offense moved the ball consistently despite facing pressure from AU's elite defensive line. Florida won't have a home crowd to feed off when it heads to Williams-Brice Stadium, but it has shown enough so far that I feel confident picking them to come away victorious. As Florida fans know, you can always expect a Will Muschamp-coached defense to give you a hard time, but the Gamecocks don't have enough offense to keep up with UF. I expect the ferocious Gators defense to hold on for a two-touchdown victory.

Q: How do you feel about Florida's team going forward since the Feleipe Franks injury and the change at quarterback?

A: Franks showed flashes of brilliance last year and turning to an inexperienced Kyle Trask raised a lot of questions for Florida's offense. But Trask has passed each test with flying colors so far, and even appears to have more comfort within the offense than Franks at times. He does struggle with pocket presence, as he was strip-sacked three times against Auburn. Florida's offensive line has been suspect through six games, but Auburn may have been the toughest challenge he'll face all year from a pressure perspective. Ultimately, I'm not sure much changed due to the injury. Last year's team improved greatly near the end of the season when the blocking picked up, and if the same can happen with a better defense in 2019, UF has a chance to win the East.

Q: Which South Carolina player do you think poses the greatest threat to Florida's offense AND defense? Why?

A: On offense, it has to be receiver Bryan Edwards. As good as Florida's defense has been this year, the secondary has struggled against opposing playmaking receivers. C.J. Henderson is as good as any corner in the country, but his counterpart, Marco Wilson, struggles against opposing No. 1 pass-catchers at times. Considering UF's safety corps is better at stuffing the run than covering over the top, the Gators are vulnerable to big plays. If quarterback Ryan Hilinski can get the ball to him, the opportunity to stay in the game will be there. On defense, Florida needs to keep an eye out for linebacker T.J. Brunson. He was a force in last year's matchup, leading the Gamecocks with 16 tackles, two sacks and three tackles for loss. As I said earlier, UF's blocking is the most pressing weakness. If it doesn't improve over the next two weeks, Brunson could have a field day.

Q: Which Florida player do you think poses the greatest threat to South Carolina's offense AND defense? Why?

A: Tight end Kyle Pitts will be the toughest challenge on offense. Florida has five trustworthy options at receiver, but Pitts is a bit of an X-factor. Built more like a receiver than a tight end, 6-foot-6 Pitts is a matchup nightmare for opposing defenses. He can line up anywhere on the field, and while South Carolina's defensive backs are occupied containing the likes of Van Jefferson and Tyrie Cleveland, the linebackers will have to keep up with the speedy and tough-to-bring-down Pitts. On defense, edge rusher Jonathan Greenard, a graduate transfer from Louisville, has transformed UF's pass rush, which is tied for first in the nation with 24 sacks. He leads the unit with four of them. He was a big part of why Bo Nix struggled against the Gators and facing another true freshman in Hilinski, he'll cause massive problems if not contained.

Q: Head coach Dan Mullen has established himself at Florida, winning a New Years Six bowl (Peach Bowl) in his first season and has a top-10 team this season. Given all of this, what will it take for Florida to break through and win the east either this year or in years to come?

A: It really comes down to recruiting, especially along the offensive line. O-line recruiting has been a weakness for Mullen, and after four of the five starters from a year ago moved on, we're seeing the consequences of that. Florida's defense in 2019 is as good as any it's had in the last decade, and the skill-position players are better than they've been since the Tebow era. Right now, I don't think the Gators have the talent in the trenches to compete with the best of the best. Mullen has taken the program from moribund to nationally relevant in two years, which is a massive accomplishment. But to make the jump from a top-10 team to a top-four team, UF will also have to recruit like one.

Q: Earlier in the season, there was talk throughout the college football landscape that Florida was overrated. It was also assumed that Florida would start the 2019 season as a top-10 team due to the Peach Bowl win last season and the team finishing 10-3 overall. Do you think Florida has proven themselves with the win over Auburn and sort of hushed the overrated conversation?

A: They've proven themselves to a degree. I think there was a lot of talk after close wins against struggling Kentucky and Miami teams that Florida didn't deserve to be a top-10 team. That's sort of silenced now. It's pretty hard to deny how great the defense is, but I think people still have their doubts about the team's ceiling as a whole. Obviously, the Auburn win was huge and justified Florida's place in the national conversation, but with upcoming matchups against LSU, Georgia and Missouri, this team still has a brutal slate ahead. I think they've shown they belong in the top-10 and are worth keeping an eye on the SEC race, but I think it will take wins over LSU and/or Georgia to really convince people they're a legitimate playoff contender.