Column: South Carolina in good shape to secure another win over Tennessee 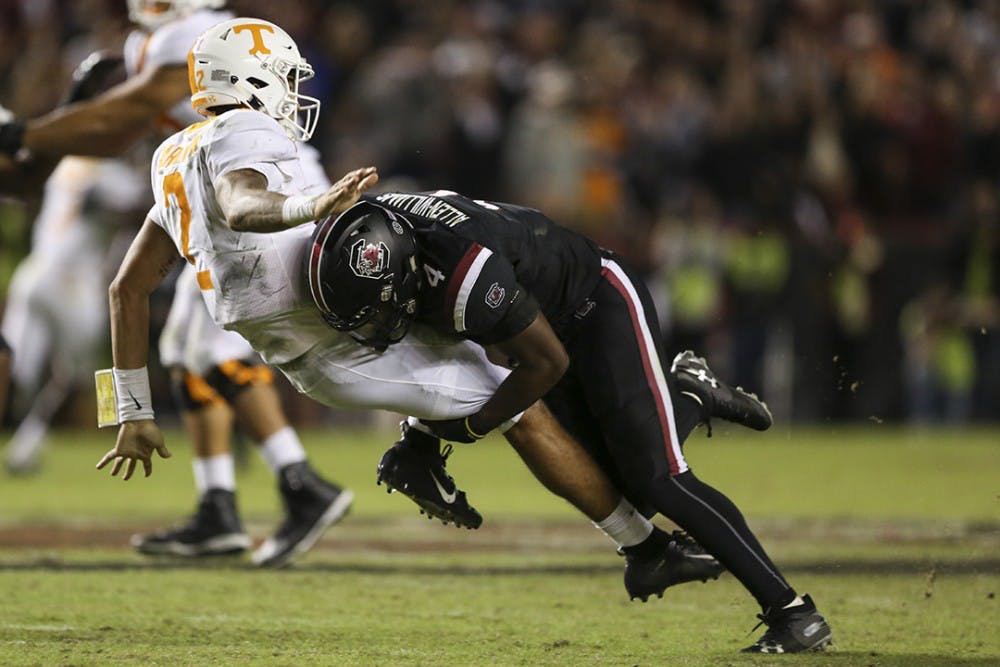 South Carolina has won the last three matchups with the Volunteers, making Saturday a must-win game for the Gamecocks that would greatly influence the rest of their season, especially after a tough loss to Florida.

While most Gamecock fans can agree this will be a relatively easy win for South Carolina, based on how Tennessee's season is going, there are a couple key factors that will make this matchup slightly more difficult for the Gamecocks.

The game will take place in Knoxville, which is a huge advantage for the Volunteers. Neyland Stadium has a capacity of 102,455, which is larger than most college stadiums and all NFL stadiums. It is the fourth-largest stadium in the country. Having this many Tennessee fans in one place would intimidate any team, despite the Volunteers' current record.

Next, one of the Gamecocks' most crucial backfield weapons is facing an injury.

Senior running back Rico Dowdle left the action against Florida last Saturday after suffering an injury on the first offensive play of the game. Dowdle was seen on the sidelines of that game in a knee brace, and went in for a MRI that night, according to GamecockCentral.

Sophomore right tackle Dylan Wonnum will most likely be ruled out with an ankle injury.

Aside from these setbacks, the Gamecocks' stats show a strong chance of victory over Tennessee.

So far this season, true freshman quarterback Ryan Hilinski has thrown for 1,198 total yards, resulting in seven touchdowns and only three interceptions. Tennessee's junior quarterback Jarrett Guarantano has completed 74 out of his 121 passes for only 911 total yards.

In the backfield, senior Tavien Feaster tops Tennessee's leading running back Ty Chandler. Feaster has 82 carries for 492 yards and four touchdowns, while Chandler has 79 carries for 406 yards and two touchdowns.

The Gamecock defense has shown immense improvement since last year.

In South Carolina's matchup with Georgia Oct. 12, the Gamecocks had zero turnovers while the Bulldogs had four.

Sophomore defensive back Israel Mukuamu had three interceptions and one touchdown in that game, which was one of the biggest contributing factors to South Carolina's win.

During the matchup against Florida, the Gamecock defense only let up one turnover, and received one in return.

Senior defensive tackle Javon Kinlaw is arguably the best at his position in the SEC. He already leads the SEC in sacks with five and has 22 total tackles this season.

This is one of those games in the 2019 season that should be a relatively easy win for the Gamecocks. Although the game is away, South Carolina definitely has a leg up statistically, despite their loss to then-No. 9 Florida last Saturday.

South Carolina and Tennessee will kickoff at 4 p.m. Oct. 26. The game will air on SEC Network.

Correction: A previous version of this column said Neyland Stadium is the fifth-largest stadium in the U.S. It is the fourth largest.