Welcome back to Willy-B: What to know for matchup against Florida 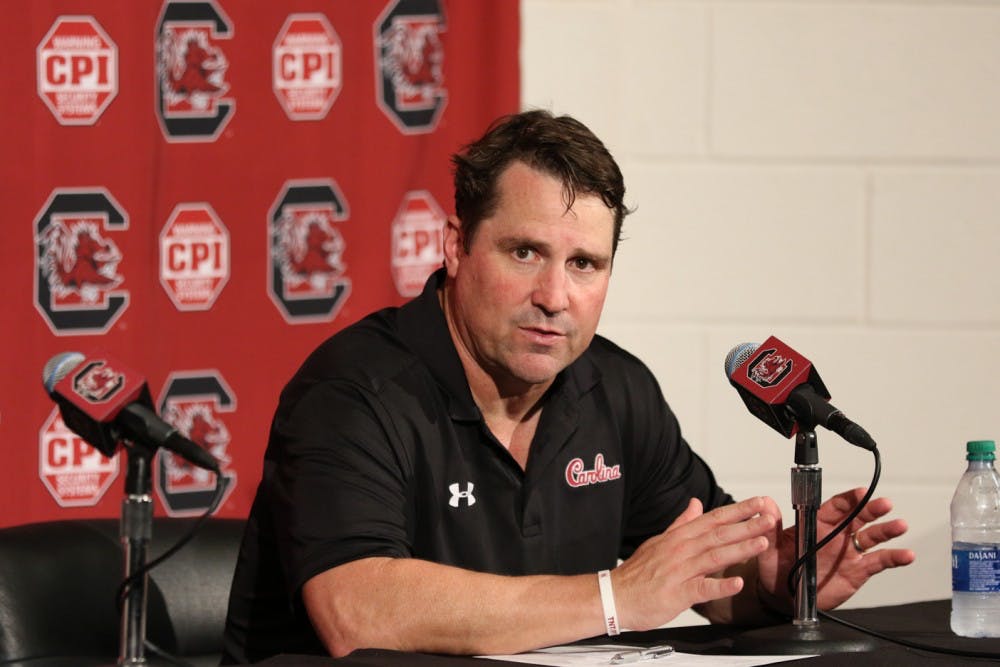 The Gamecocks take on the Florida Gators this weekend following a major upset win at Georgia last Saturday. South Carolina hopes to capitalize on the momentum from a big victory and the energy that comes with playing at home.

“We look forward to it,” head coach Will Muschamp said at a press conference Tuesday. “Any opportunity we get to play in Williams-Brice, our guys will be excited about it.”

Here's what to look for in Saturday’s game:

Florida has started its season 6-1 for the second consecutive season, but just broke a 10-game win streak with a loss to LSU Saturday. The Gators have thrown for at least 250 yards in all seven of their games so far this season, including five games of over 300 yards, three of which are against an SEC opponent. In addition to their efficient passing game, the Gators display an effective defense, holding all opponents except LSU to under 21 points, including shutouts against UT-Martin and Towson.

After narrowly pulling out a victory in double overtime in Athens this past Saturday, South Carolina can anticipate having a lot of energy from both the team and the fans for this weekend’s matchup with Florida.

“I’m going to challenge our fans to be there early, be there loud. They make a difference for us,” Muschamp said. “They help our football team and make it very difficult for another team to come into Williams-Brice, and that’s what really creates a huge home-field advantage for us."

Muschamp acknowledged the need to leave the Georgia game in the past and focus solely on Florida. Muschamp said he advised his players that they’ll get the opportunity to win by preparing the right way and working hard enough to deserve it.

Freshman quarterback Ryan Hilinski completed 15 of 20 pass attempts, throwing for 116 yards and one touchdown before he was taken out in the second half of the Georgia game after injuring his knee. Redshirt freshman quarterback Dakereon Joyner took his place and will be prepared to do so again should Hilinski face any setbacks.

Muschamp confirmed at Tuesday's press conference that Hilinski was expected to start Saturday despite practicing in a brace that afternoon.

How the defensive lines stack up

The Gamecocks successfully limited Georgia’s strong offense this past weekend with three sacks and four turnovers. South Carolina’s defense held up in both overtimes by not allowing a first down and forcing a long field goal attempt that was missed. Sophomore defensive back Israel Mukuamu had a record-breaking game against the Bulldogs with a career-high 11 tackles and three interceptions.

However, while the Gamecocks have recently shown defensive improvement, Florida’s defense has been consistently pressuring their opponents into mistakes this season. The Gators rank second nationally with 17 takeaways so far, including 12 interceptions, and have forced four turnovers in three of their last five games.

The Gamecocks will have to work just as hard as they did against Georgia to fight off the Gators’ strong defense and hold their passing-efficient offense.

What a win would mean for the Gamecocks

A victory this weekend would keep South Carolina in the running for the SEC division title, leaving the Gamecocks ownership of the tie-breaker over Georgia and Florida, both of which are favorites to win the division. This would also be the second-consecutive win over a top-10 team.

The Gamecocks will kick off against the Gators at noon at Williams-Brice Stadium Oct. 19. The game will be aired on ESPN.